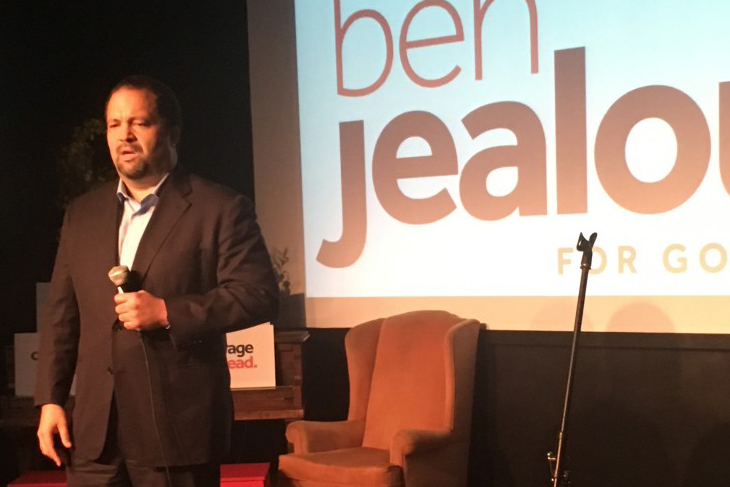 Undocumented students at the University of Maryland are paying close attention to Maryland’s gubernatorial race, largely because of what it could mean for college affordability.

Ben Jealous, the Democratic nominee for governor, has made tuition-free community college for Maryland residents a key plank of his campaign. Earlier this month, he extended the proposal to residents covered under Deferred Action for Childhood Arrivals, an Obama-era program providing work permits to certain undocumented immigrants who came to the country as children.

To access in-state college tuition in Maryland, undocumented students must attend a community college and complete at least 60 credits or earn an associate’s degree.

“For them, obviously, as many other students, it’s a big shock when you go from paying that amount to a four-year institution for the tuition,” Bohorquez Garcia said.

Under legislation signed by Gov. Larry Hogan earlier this year, DACA recipients can already access grants for community college via a scholarship program. It offers up to $5,000, but applicants have to meet certain requirements. For example, they have to earn at least a 2.3 GPA and their families can’t make more than $150,000 a year.

The average cost of in-county tuition and fees at Maryland’s community colleges was $4,324 as of fall 2017, according to the Maryland Association of Community Colleges.

Jealous’s program would remove these prerequisites.

The plans come during an uncertain time for DACA recipients. The Trump administration announced last year that DACA would end in March of 2018, but legal challenges in Washington, D.C., New York and California have since kept it alive. It’s under consideration in a Texas court, too, by a judge who blocked a previous Obama-era immigration measure.

Hogan has said Jealous’s plan is too costly.

[Read more: “My intention is to stay here”: A UMD student shares her struggles as a DACA recipient]

Jealous has said he would raise taxes for his plan, which would cost $3 million a year, The Capital Gazette reported, but has proposed funding would come from the top 1 percent of earners in Maryland and the money saved from reducing the prison population by 30 percent, according to The Washington Post.

Sydney Poretsky, the president of this university’s College Democrats chapter, said it will be worthwhile.

She compared the proposal to the installation of a heated sidewalk outside the governor’s mansion in 2016. The $130,000 sidewalk, which a state agency installed so it wouldn’t need to be shoveled in the winter, was soundly condemned by Maryland Democrats in 2016.

“If we can allocate funds that way, we should be educating people as well,” she said.

Given the prevalence of violent crime in Baltimore — the city had its highest murder rate ever last year — Colebrook thinks the payment method could be dangerous.

“It’s not a good idea to just take funding from the prison system, to cut that kind of stuff, because it just makes our streets less safe,” he said.

Maryland is one of the richest states in the country, according to Census Bureau data. Poretsky highlighted that as a reason for Jealous’ plan.

“In a state like Maryland, where we’re so close to D.C and we have a lot of highly educated people, for not everyone to have that access and opportunity [to higher education] is really unfortunate,” Poretsky said.