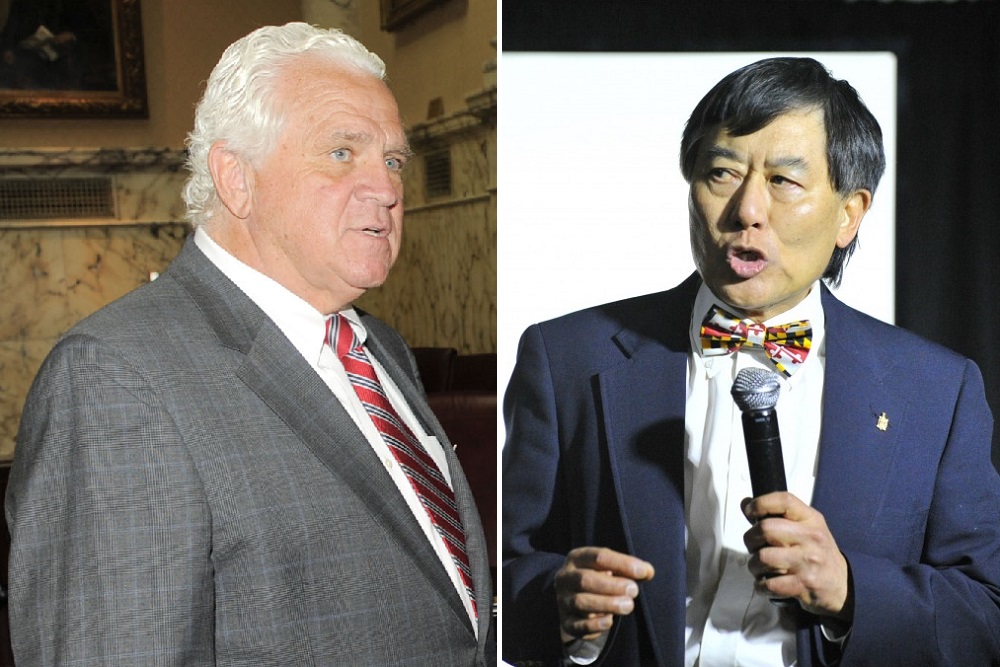 President Thomas Miller, Grunsfeld and Garvin in the Senate Chamber.

Thomas V. Mike Miller, the long-tenured president of the Maryland State Senate, criticized University of Maryland leadership Wednesday for its athletic culture and response to the death of football player Jordan McNair.

Miller described the death of McNair, who suffered heatstroke at a May 29 team workout and died at a hospital about two weeks later, as being “on university property with university personnel involved,” The Baltimore Sun reported. Miller said the athletic department has been “adrift” since McNair’s death.

Earlier this month, after reports that McNair needed help standing and showed obvious signs of duress at the May 29 workout, President Wallace Loh said the university had accepted “legal and moral” responsibility for his death. Loh said the training staff didn’t properly diagnose or treat McNair’s heatstroke.

“[Loh] thought he could deal with Billy Murphy. He can’t,” Miller told The Sun. “In that case, College Park is hopelessly outgunned.”

Murphy has said it’s “absolutely probable” that the firm will sue the university. He’s also criticized the investigations and pushed for the release of video footage from the workout where McNair suffered heatstroke.

“We’ve got to get some finality to this,” Miller told The Sun. “The bleeding’s got to stop, because it’s been hemorrhaging all summer long. It’s catastrophic in terms of the public relations aspect.”

Loh announced Aug. 14 that the university would form a four-person task force to look into allegations of abuse in the football program. This was the second investigation of the summer, after the external review of the athletic department’s safety procedures that began in June.

But three days after, the University System of Maryland Board of Regents, which sets policy for the system’s 12 institutions, voted to take control of both investigations. The size of the task force has since doubled.

Loh declined to comment on Miller’s statements, according to The Sun.

While Murphy has called for the university to fire Durkin, McNair’s parents have defended Loh after he offered them a personal apology for their son’s death. Martin McNair said in a statement last week that Loh will be integral in ensuring the university’s athletic programs “heal and emerge as safe places for families to entrust their children.”

Miller is the longest-serving state senate president in the country, having held the position since 1987. A 1964 alumnus of this university, he was inducted into the school’s Athletics Hall of Fame in 2008 for his “meritorious service” to the athletic department.