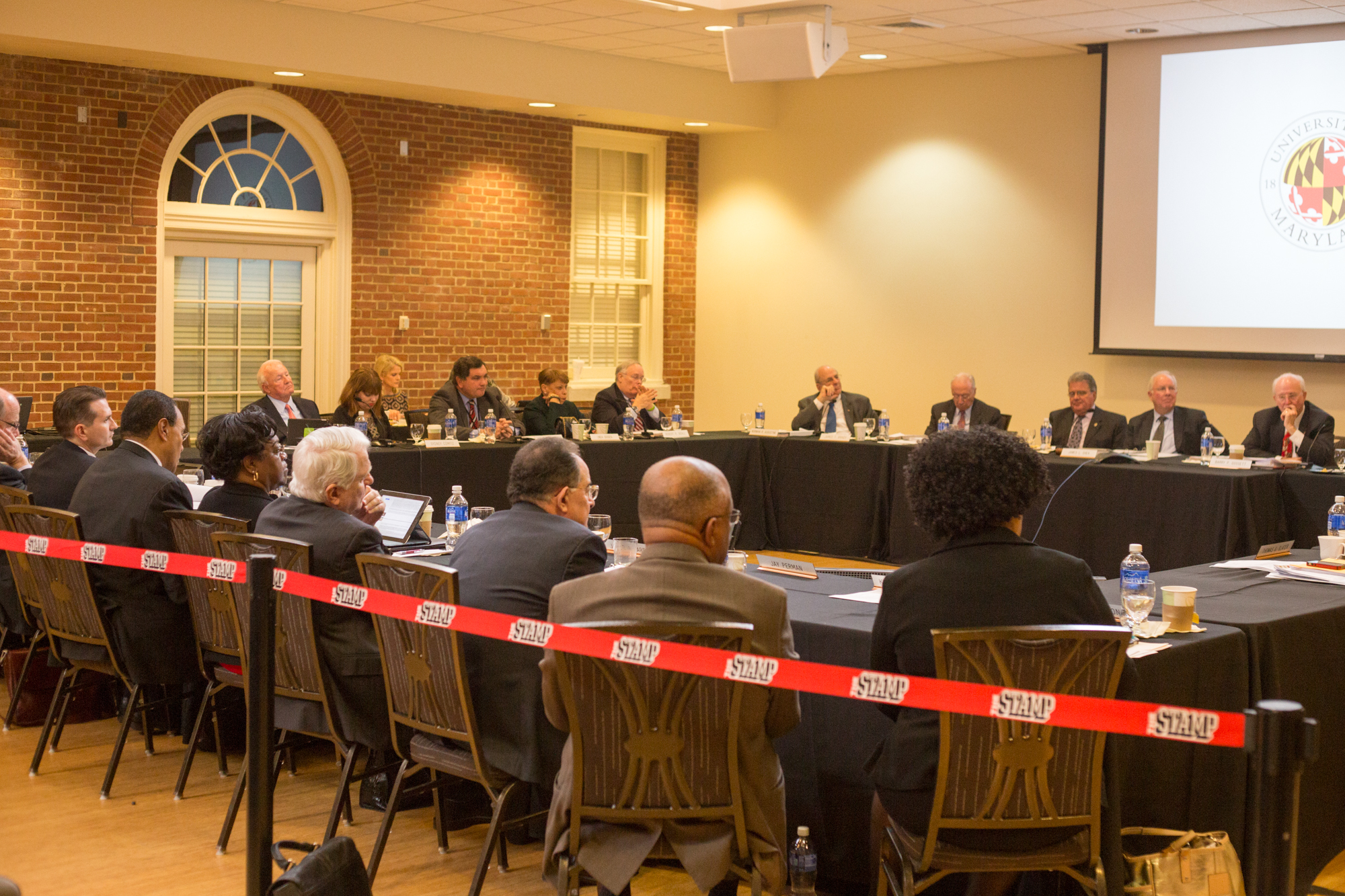 The University System of Maryland Board of Regents will hold a closed meeting Friday related to the death of Jordan McNair, three days after this university accepted “legal and moral” responsibility for it.

The 17-member board, which determines policy for the 12 institutions in the system, announced in a release Wednesday that it will meet via conference call at 10 a.m. Friday to “receive updates” on this university’s response to McNair’s death.

The regents will discuss personnel matters for employees at this university, receive legal advice and go over “a potential lawsuit against a [system] institution,” according to the meeting’s agenda.

McNair suffered heatstroke at a football team workout in May and died two weeks later. His parents have hired the law firm Murphy, Falcon and Murphy to look into legal action against the university; the firm’s lead attorney said Sunday that a lawsuit is “absolutely probable.”

The university placed football coach DJ Durkin and three other staffers on administrative leave after ESPN published two articles Friday that shed light on the football program’s culture under Durkin and the role it may have played in McNair’s death. One of those staffers, head strength and conditioning coach Rick Court, resigned Monday.

Robert Caret, the system chancellor, said in a statement that the board supports the university’s “interim actions,” and that it will meet to “determine what, if any, additional actions may be necessary to ensure that the facts are uncovered and any necessary reforms are implemented.”

In one ESPN report, players and staff who were at the May 29 workout said McNair was showing obvious signs of duress, including being unable to stand without assistance, and that Maryland staff members failed to respond properly.

A separate ESPN report outlined a broader pattern of abuse within the football program, including coaches bullying players and pressuring them to push beyond their physical limits. One player said that culture meant McNair feared the repercussions he would face if he didn’t finish the workout.

Caret said ESPN’s allegations about the program were “profoundly alarming” and “unacceptable and antithetical to our commitment to the well-being of all our students and to our values as educators.”

Barry Gossett, the board’s vice chair, is a prominent donor to this university’s athletic department.

In 2007, Gossett donated $10 million to the school, $8 million of which was for the athletic department. The donation went toward renovations at the Varsity Team House and Gossett Football Team House — which is named for Gossett and his wife — as well as endowments for the football head coach, men’s basketball head coach and athletic director.

Earlier this year, Gossett and his wife pledged to donate $21.25 million for the creation of the Barry and Mary Gossett Center for Academic and Personal Excellence, which will offer scholarships, career planning and other resources for student-athletes.

“[The university] has so many great programs, so many great successes, great students, great faculty, great leaders,” Gossett said in 2007. “I’m so fortunate to be able to invest in this university and in the people here.”