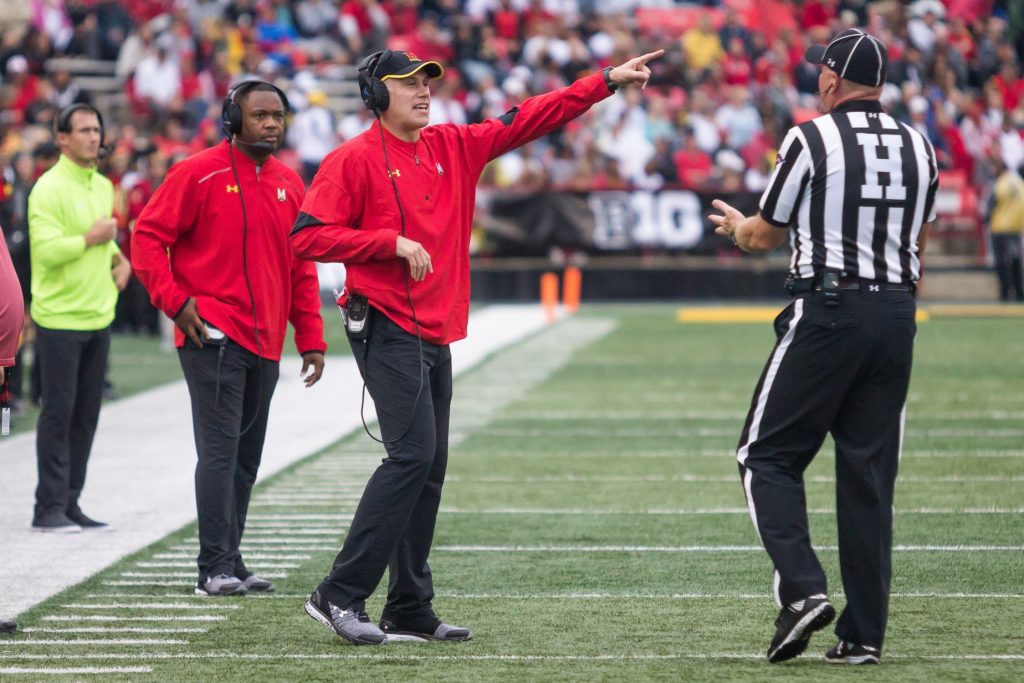 The law firm hired by Jordan McNair’s family called for Maryland football coach DJ Durkin to be fired, and revealed Sunday it is still waiting for the university to release video footage from the May 29 organized team workout where McNair suffered his fatal heatstroke.

“We think Coach Durkin should be fired immediately,” said Billy Murphy, the lead lawyer of Baltimore law firm Murphy, Falcon & Murphy. “His conduct and the conduct of the coaches was reprehensible in causing this death.”

In two articles published Friday, ESPN revealed details about McNair’s death and outlined a toxic culture that pervaded the program, citing interviews with former staffers and current and former players.

“[Durkin] fostered a horrible culture of physical and verbal abuse of the players,” Murphy said. “How are you going to have a viable football program as long as it’s possible for him to become the coach again?”

A university spokesperson referred to the school’s previous statements when reached for comment Sunday.

Murphy called the chances of filing a lawsuit “absolutely probable,” but admitted it was unlikely to happen before Sept. 15 — the date when Walters Inc., the sports medicine consulting firm hired by the university to perform an investigation of the athletic department’s safety protocols, is expected to present its final report.

However, Murphy continued to cast doubt on some aspects of the investigation, saying that players who were speaking to the investigators were listed publicly, disincentivizing witnesses from coming forward.

“One of the problems inherent in this investigation is the university’s unwillingness to compel the players — all of them — to come forward and share what they knew,” Murphy said.

The firm is also waiting to receive a video of the event from the university, Murphy said.

“There is — we’re told — a video,” Murphy said. “It may be long-distance video, but it certainly would be a helpful thing to know, in terms of what happened when and how.”

A significant area of contention about the May 29 is whether McNair had a seizure around 5 p.m., 45 minutes after the the workout began, and an hour before 911 was called.

ESPN and Murphy reported he did, but the school told ESPN that at “no point before or during the external review has a student-athlete, athletic trainer or coach reported a seizure occurring at 5 p.m.”

“Instead of recognizing those [heatstroke] symptoms, the University of Maryland attempted to insert [McNair] back into practice,” said Malcom Ruff, an associate lawyer in Murphy’s law firm. “That’s the real indifference to his safety and wellbeing that we’re highlighting.”

According to the lawyers, some of McNair’s teammates had to help him complete the last of 10 110-yard sprints, which the university has called a “baseline running drill” and was part of the team’s first organized workout of the summer.

“The sprints were aimed at taxing [players] to their physical limit,” Murphy said.

Despite that, Murphy and Ruff said there were no ice tubs on the varsity practice fields during the workouts. The proper treatment for heatstroke is to cool the patient with cold water immersion, which studies show has a 100 percent recovery rate when initiated quickly enough.

“In a modern football setting, if you’re more than a few steps away from ice baths,” Murphy said, “you’re asking for people to get permanently injured and die.”