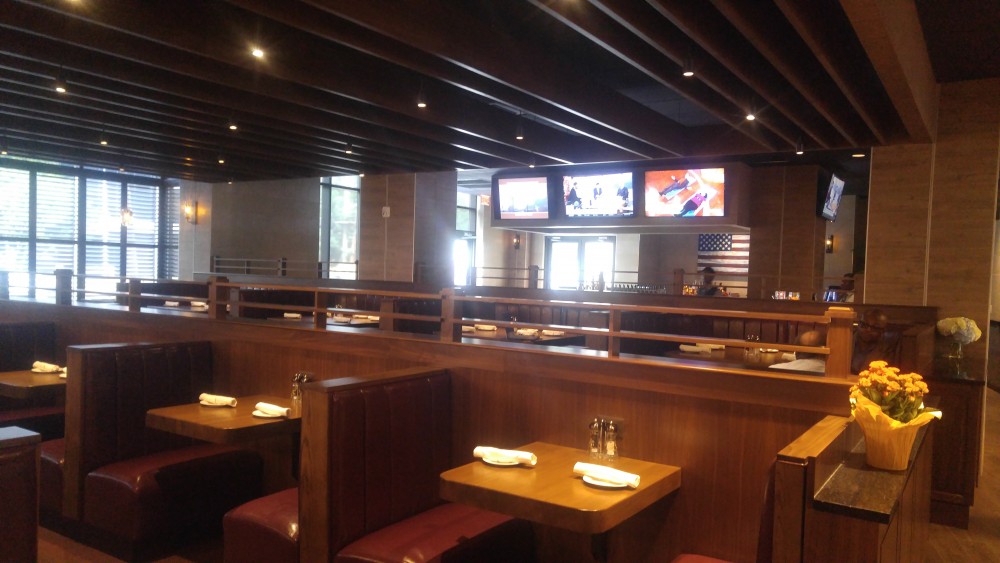 On the first floor of the newly-finished Cambria Hotel on Route 1, an arrangement of individual metallic letters spell out, “College Park Grill,” above a section of glass storefront.

“We’re bringing an amazing product to the area at a very finance-conscious price. We want it to be very affordable for the neighborhood, not price ourselves out,” said Ché Harris, the restaurant’s general manager.

[Read more: The Cambria Hotel in College Park is open for business]

Offering steak, seafood, chicken and wood-fired pizzas, the establishment saw a buzz on opening day settle into an end-of-summer lull before students and faculty return to the area.

But with dinner entrées such as salmon and herb-roasted chicken, ringing up at $22 and $19 — and the ribeye steak, which comes with two sides, at $42 — Harris acknowledged the restaurant’s price point is not necessarily accommodating to students, though it’s not “anti-student.”

“I’m my own client. I live five miles away, and I’m in my 50s,” he said. “The 40, 50, 60-year-old season ticket holders — where are they hanging out when they come here? We’re not stuffy by any stretch of the imagination. We want to be established as a neighborhood restaurant.”

And with daily hours starting up at 7 a.m., the restaurant aims to be the city’s early morning eats destination, Harris said.

University of Maryland student Joseline Castillo wasn’t deterred by the upscale vibe and thought the food was “really good.” She enjoyed the brunch offerings, particularly the omelettes, she said.

[Read more: College Park will be getting a Cava this summer]

Incoming freshman Nabil Tassew hasn’t gone yet, but would go and try it out, he said, adding it could be a good spot for dates.

“I like to get out and have some fancy dinner with a date occasionally, just to show off or something like that,” he said. “They’d probably get a lot of business, honestly.”

With a focus that isn’t primarily on students in a local economy heavily geared toward them, Ryan Chelton, the city’s economic development coordinator, noted the restaurant helps diversify the city’s business options, marking progress toward College Park’s long-term goal of becoming a top 20 college town by 2020.

“We need to not only track down college students,” Chelton said. “Everyone should want to live here.”