What’s still exciting from SDCC one week out 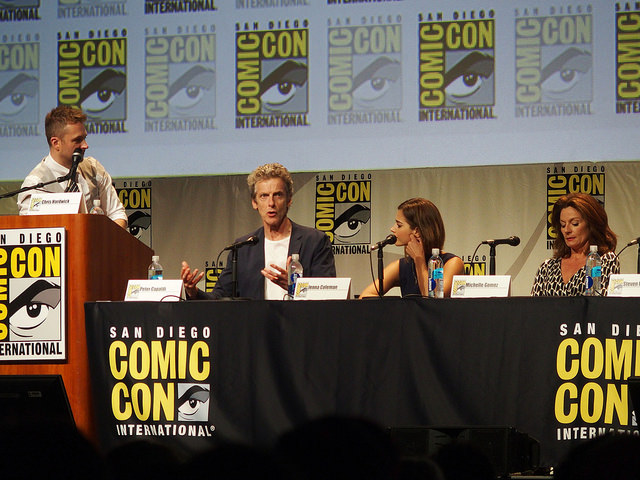 San Diego Comic Con wrapped up about a week ago, and with it came an influx of trailers and teasers for a few fan-favorite franchises. Now that the hype has died down, we’re taking a look at what is still worth being excited for a week later.

The DC universe has had a lot of misses, from Batman v Superman: Dawn of Justice to Suicide Squad, and the only true commercial and critical success for the franchise to date is 2017’s Wonder Woman. Trailers for two upcoming superhero movie installments in the DC Extended Universe — Aquaman and Shazam! — premiered at Comic Con, giving DCEU fans something to look forward to in the future.

The former doesn’t seem too bad, but there isn’t too much to set it apart from previous films in the DCEU, and fans have gotten a glimpse of Arthur Curry in Justice League already. Shazam!, however, feels like a fresh new direction for the universe. The story of Billy Batson, a young orphan who suddenly earns the ability to turn into a fully-grown superhero (played by Asher Angel and Zachary Levi, respectively), had its heyday in the 40s and is finally getting a modern movie adaptation. Shazam! has a comfortable yet fresh feel to it that make it feel equal parts comedy, action and Big-remake. The trailer makes the movie seem funny, unique and entertaining, which may be exactly the shift away from gritty films the DC universe needs, especially after the Titans trailer had Robin saying “fuck Batman” (cue eye-roll).

Fantastic Beasts: The Crimes of Grindelwald

In November of 2016, Newt Scamander apparated into theaters and rewarded fans’ love for the Harry Potter series with Fantastic Beasts and Where to Find Them. Two years later, Eddie Redmayne is back as Scamander in the film’s sequel The Crimes of Grindelwald.

While the first movie definitely explored some potentially dangerous impacts of the relationship between the wizarding world and muggles (or no-majs), it seemed to be a mostly light-hearted film where we got to learn more about the magical world and some unfamiliar creatures. The second film, starring Jude Law as a new, young Dumbledore, seems to focus more on the danger and impact, as the second movie hopefully leads up to the infamous duel between Dumbledore and the titular Grindelwald, played by Johnny Depp.

Doctor Who fans are used to a long hiatus between seasons, but none is more aggravating than when a doctor regenerates: Now fans must wait months to even get to know the main character of the sci-fi show that has endured for over 50 years.

But fans got a decent glimpse at Jodie Whittaker in the new Comic Con trailer, and she seems to bring a fresh new energy to the show, and not just because she’s the first female doctor. Whittaker’s doctor is one who makes and travels with a lot of friends, and the upcoming season seems like it will have of an arc with more mystery than previous years.

Regardless of what the future — or past — might hold, it’s easy to believe the Doctor when she says, “Right, this is gonna be fun!”