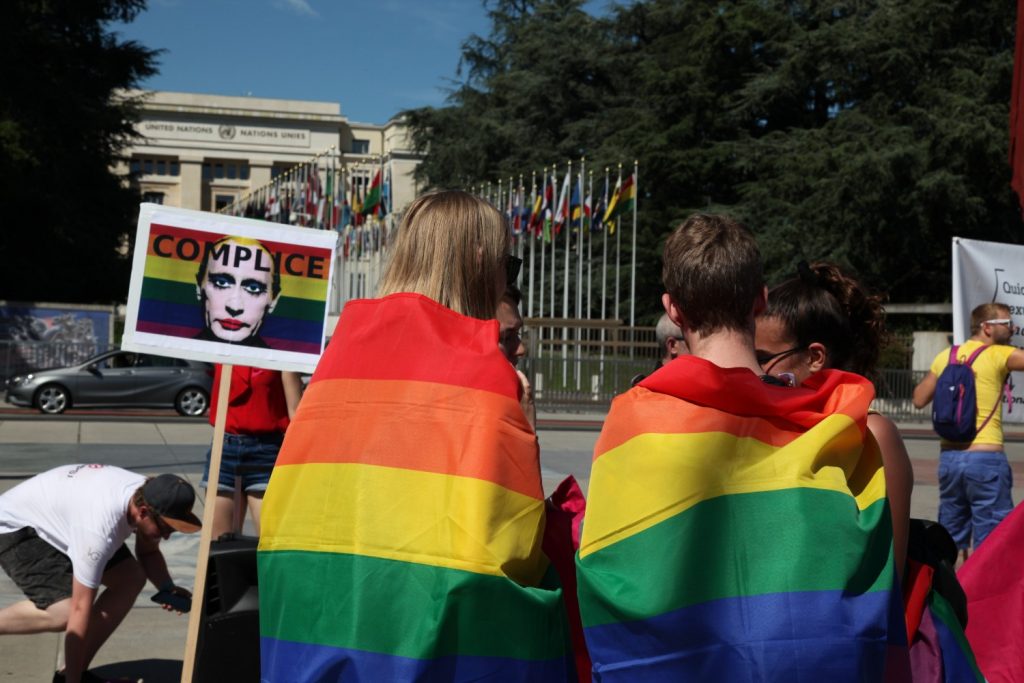 Earlier this month, Ted Hickman, Vice Mayor of Dixon, California, wrote an extremely offensive column in a local newspaper proclaiming July to be Straight Pride America Month. This is not the first time “Straight Pride” has been mentioned, nor will it be the last. Perhaps you’ve heard someone mention it jokingly, or maybe even seriously. A common argument in favor of “Straight Pride” is that it wouldn’t be hurting anyone, or in the words of Ted Hickman, “It is not really legally anti anything.”

Hickman is right, legally speaking. “Straight Pride” wouldn’t be considered hateful as long as it wasn’t calling for violence against queer people, but what he fails to understand is that “Straight Pride” cannot exist without being anti-LGBT. Pride, whether LGBT or not, is meant to celebrate the experiences, successes, hardships, and culture of a group of similarly identifying individuals. Ultimately, “Straight Pride” would celebrate centuries of unending privilege — at least for white people, and we can’t forget that privilege does not exist without parallel oppression.

In the case of LGBT Pride, we remember and commemorate past and present oppression. We think about our struggles regarding gay marriage, adoption rights, health care access and equal opportunity for employment and housing. We remember the many individuals who lost their lives expressing their sexuality in order for us to even have pride parades today.

Even then, attending Pride will always be a risk. You risk outing yourself to your family, your employer or anyone in your community. There are so many of us who still cannot attend Pride, so those who can attend celebrate for those who can’t. Only 19 states and Washington, D.C., have statewide policies that specifically prohibit discrimination on the basis of sexual orientation or gender identity. That leaves 31 states where your employer can fire you for having a partner of the same gender, for being transgender or for outing yourself at Pride.

Let’s look at the struggles facing heterosexual people now with regards to their sexuality. Straight people — in some cases only straight, white and cis-gender people — have always been allowed to marry in the eyes of the law. Straight parents have not struggled to adopt a child or get parental rights on the basis of their sexual orientation. Straight people are not attacked, threatened or harassed for holding their significant others’ hand in public spaces. The list of privileges goes on, running right alongside the discriminatory and oppressive practices inflicted upon queer people.

Every day is “Straight Pride” day, whether or not you are straight. The fear most LGBTQ adolescents feel when they come out, not knowing whether they will still have a home afterward, is a result of straight privilege. The pause I take each time I mention my bisexuality in an opinion column, as I consider whether I will be harassed or disadvantaged for sharing it openly, is a result of straight privilege. Heteronormativity is the idea that everyone is straight until proven queer; it is the false notion that heterosexuality is the default and everything else is sinful, or an illness, or a product of your upbringing.

You cannot celebrate heterosexuality without celebrating the oppression of non-heterosexual communities. Straight privilege is directly linked to the shaming and othering of queer people. Do not misinterpret my argument; most straight people are not homophobic, and many are allies who join LGBT Pride and celebrate our journey. But privilege is inherent, and all straight people have it, regardless of their feelings about queer people. Pride is meant to celebrate the culture of and uplift a huge, disadvantaged community; you can’t have “Straight Pride” because straight people have always been at the top.