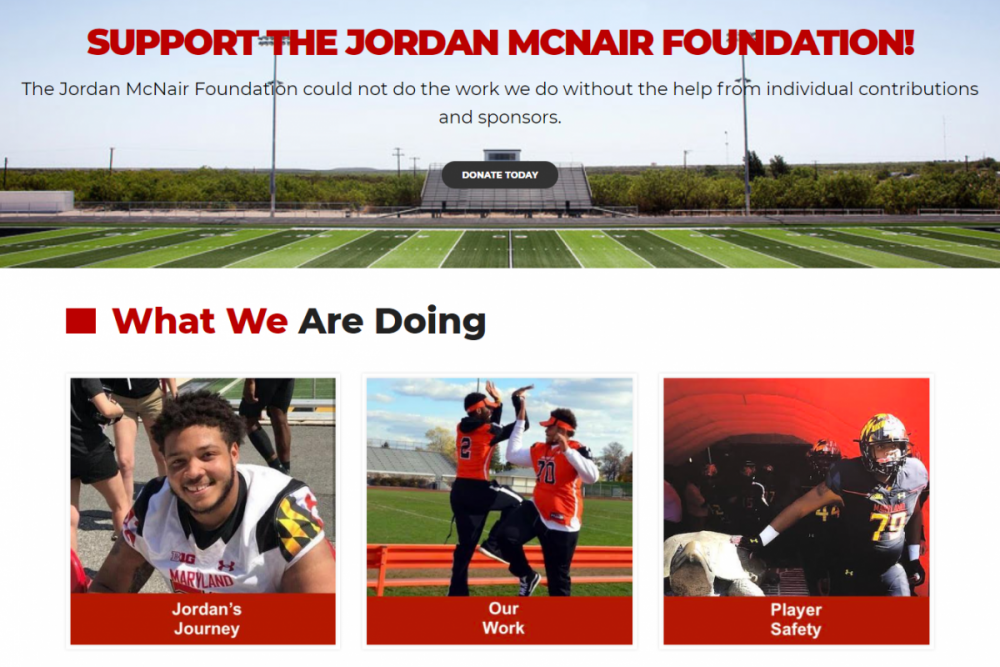 In the wake of Maryland football player Jordan McNair’s death from heatstroke, his parents have created a nonprofit organization to provide scholarships and programs for students and athletes statewide.

The Jordan McNair Foundation, created by Tonya Wilson and Martin McNair, will sponsor the Jordan McNair Training Facility, located in downtown Baltimore, according to its website.

The facility will provide mentoring, tutoring and coaching for athletes ages 5-24. Sessions will cost $15 each, and all proceeds will go toward the Jordan McNair Foundation.

The foundation is also sponsoring a scholarship fund for students hoping to attend the McDonogh School in Owings Mills, which McNair graduated from in 2017. McDonogh’s tuition is upward of $25,000 depending on the grade.

Additionally, the family established My Body, My Safety: Player Safety 101, a program focusing on awareness of and education about heat-related illnesses. With the help of medical professionals, the program will teach athletes how to deal with heat and “how to know when enough is enough,” according to the website.

McNair, a rising sophomore offensive lineman, died on June 13 after suffering heatstroke during a team workout two weeks prior, according to the foundation’s website.

In a post titled “Jordan’s Journey” on the foundation’s website, Martin McNair reflected on his son’s life and connection to McDonogh and Maryland.

As a kid, Jordan McNair had aimed to play college basketball, his father wrote. But when he was a teenager, a coach suggested he switch to football. From there, he went to McDonogh — which his father wrote “was family” — and decided with his parents to attend this university.

The foundation is a way of “keeping Jordan’s name and legacy alive,” his father wrote.

“I taught Jordan to be a visionary – to see the value in building a legacy instead of joining one,” he wrote. “While Jordan is not with us to build his legacy, as a family we are doing it for him. This is his legacy.”