Democratic socialism is a political program with a soul 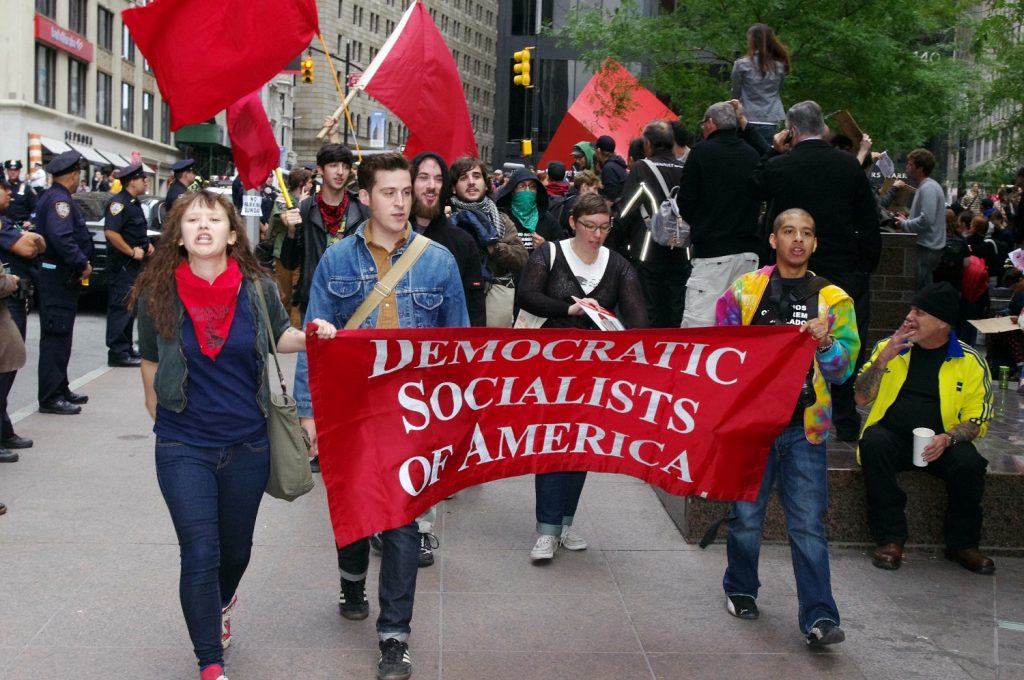 Since I started as a columnist last year, I’ve drifted further to the left, beginning as a libertarian-curious Obama Democrat and gradually becoming more disillusioned with neoliberalism. A couple of week ago, I took another step in the radical direction and joined the Democratic Socialists of America, a small but quickly growing group of individuals committed to challenging capitalism and its attendant ills.

These wins have sparked many useful discussions about what being a socialist means. I thought I’d use this column to briefly — and surely insufficiently — explore what socialism is and why I believe it’s the only vibrant political movement in the United States truly oriented toward the dignity of the person and the health of the earth.

Socialism, like most political philosophies, is ideologically diverse. There is no one socialism, just as there’s no one conservatism or humanism. But, broadly speaking, the socialist recognizes that we are not islands unto ourselves, that human relationships cannot be reduced to transactions and that true freedom comes only through connection and solidarity.

On a more concrete level, socialists share the belief that, in an affluent society like ours, poverty shouldn’t exist and workers should reap the full product of their labor. Socialists also understand that the darkest parts of capitalism — institutional racism, poverty, war — are not mere byproducts of the system but the fuel that gives it power, and as such will be eliminated only when the system itself is replaced.

But it’s pretty easy to say capitalism cannot be tamed and must instead be uprooted. The hard question is how.

Luckily, contemporary socialism is a hotbed of serious policy thought about how to create a social and economic order beyond capitalism. The People’s Policy Project advocates for a plan to socialize basic human needs such as housing. Peter Gowan in Jacobin has explored reviving the Meidner Plan, a Swedish proposal for gradually transferring ownership of companies to workers and the public. And Naomi Klein has outlined an anti-capitalist policy to combat climate change.

Perhaps even more impressive is the work socialists are doing on the ground. Socialists took to the streets when white supremacists stormed the campus of an American university. They occupied Immigration and Customs Enforcement facilities when the Trump administration was tearing immigrant families apart. And they’ve aggressively agitated and organized for single-payer health care. In the face of a reactionary Republican Party and a feckless Democratic Party, American socialists are positioning themselves on the front lines of the fight for justice.

Of course, a political movement is more than a collection of activists and policy writers. Every movement has a moral core that guides its platform and praxis, and it was my moral affinity for socialism that was decisive in my decision to join the DSA.

For me, my moral code and my politics are deeply informed by my Catholicism. I believe that what we do to the least among us — the impoverished, the immigrants, the prisoners — we do to Jesus Christ. When Ocasio-Cortez says, “I’m not running from the left, I’m running from the bottom,” she is preaching a gospel message.

Socialism is the economic ideology that best aligns with how I understand my Christian obligation to the poor — that personal charity is a great virtue, but it must coexist with a political project that dismantles state and economic apparatuses of marginalization.

Christianity, at its best, serves those masses of people whose backs are against the wall. Democratic socialism is the American political movement that best internalizes that mission. It is, fundamentally, the program with a soul.