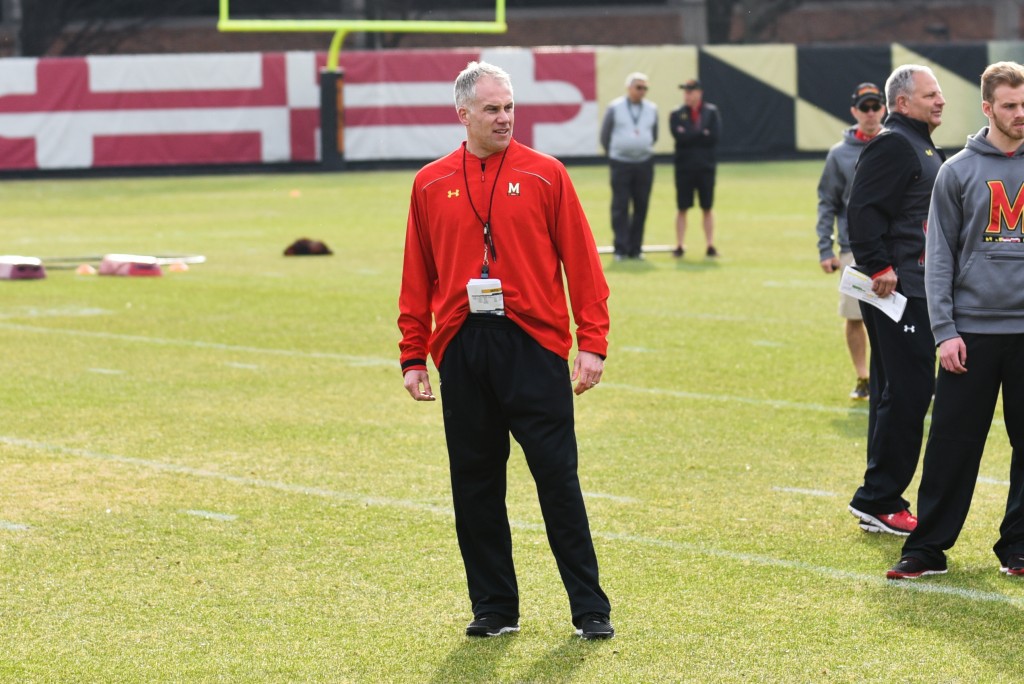 The University of Maryland released new details Thursday about the death of football offensive lineman Jordan McNair and the external review the school launched as a result, including that McNair was talking to trainers as he was carted off the varsity practice fields, and coach DJ Durkin was present when it happened.

McNair had trouble recovering after completing a drill during a team workout May 29. Once trainers took him off the field, 911 was called and he was transported to R Adams Cowley Shock Trauma Center in Baltimore, where he died June 13.

Walters will review the football program’s “procedures and protocols” for “planning and conducting team conditioning and practice sessions” and “responding to health emergencies during or after those sessions,” according to the statement.

Previous statements from the school said the external review would begin by June 25 and last up to 90 days.

All players have returned to workouts, which were made voluntary following McNair’s death. Official practices will begin Aug. 3.

The school has offered little information about the situation, except for a press conference the day after McNair’s death. No cause of death has been released, and the state medical examiner did not perform an autopsy. A GoFundMe page set up to raise money for McNair’s recovery said he received a liver transplant while he was hospitalized.

Thursday’s release included some new insights into the May 29 workout, which began at 4:15 with 15-20 minutes of warm-ups before moving to “baseline running and position-specific drills.” The team has done the same workout the past two seasons. It includes 10 110-yard runs, which Athletic Director Damon Evans called a “basic conditioning test.”

Trainers saw McNair struggling to recover from the test and began providing care. He was carted from the varsity practice fields to the football team house “for further observation and continued treatment.” A staff member later called 911.

Emergency personnel arrived at about 6 p.m. and transported McNair to the hospital.

All eligible football players participated in the workout, and each of them had received a medical clearance from a team physician at the start of the practice season.