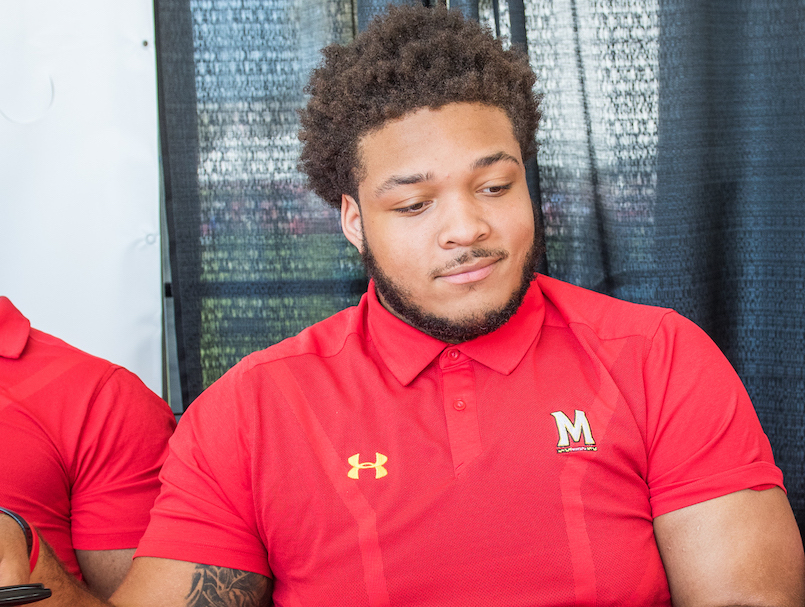 “Jordan, guess what day it is?”

Jordan and McNair, both offensive linemen on the Maryland football team, first grabbed dinner at the fast-casual restaurant in August when preparing for their game against Texas. They kept the tradition for the remainder of the season and into the offseason, looking forward to it every week.

McNair, a rising sophomore kinesiology major, died Wednesday, more than two weeks after collapsing during a team workout and being hospitalized. He was 19.

After running a conditioning test with the team May 29, McNair had difficulty recovering and was quickly taken to R. Adams Cowley Shock Trauma Center in Baltimore, acting athletic director Damon Evans said. The school has not announced a cause of death.

Jordan, also a rising sophomore, said McNair will be remembered for his joyful, positive nature and his dedication — to football and academics, to family and friends and even to dinner rituals.

“Jordan always worked hard,” he said. “He was always busting his butt on the field — to finish first on the race we were doing, to be the best.”

Six days after McNair was taken to the Shock Trauma Center, the team announced he had been hospitalized and was in critical but stable condition. A GoFundMe page raising money for his family said he received a liver transplant.

Since elementary school, McNair was a top-notch student and athlete, said his grandfather, Richard Wilson. A 2017 graduate of the McDonogh School, McNair consistently made honor roll as he “strived and pushed hard for his dream to be a football player,” Wilson said.

“This is a deep loss, and I feel so empty,” Wilson said. “Jordan had such a promising future.”

While McNair received offers from Penn State, Ohio State and other football powerhouses around the country, the Randallstown native picked this university so he could remain close to his family. Wilson said that decision “says a lot about his character” and what he valued.

Danae Hebron, a longtime friend of McNair’s, recalled how his affection for his home state manifested in other aspects of his life. He loved to sing and dance during car rides, and songs by local rappers were often at the top of his list.

Hebron met McNair when they were seventh graders at Deer Park Middle Magnet School. He was quiet and mostly stayed to himself, but she still took an interest in him.

“I would mess with him every day and tell him that he was gonna be my best friend,” she said.

It worked. After exchanging numbers, they texted each other every day and developed a friendship. Despite going to separate high schools and colleges — Hebron is now a student at Delaware State University — they attended school dances together and found other ways to remain close.

Over the past year, Hebron made the trip to College Park every other weekend to spend time with McNair, who would suggest excursions to the zoo or Dave & Buster’s.

He was a huge Marvel fan, Hebron said, describing the excitement on his face last month when he received a colorful poster depicting the Marvel universe. When he had spare time, McNair loved to binge-watch episodes of The Office and play Madden and NBA 2K on his PlayStation.

“He was just a great guy,” Hebron said. “I don’t think I’ll ever meet someone like that again.”

Mike Sawyer, another longtime friend, knew McNair since sixth grade. Through their years playing youth football together, Sawyer admired how those around McNair were driven to mirror his strong work ethic and character.

“He wasn’t really a vocal leader,” said Sawyer, now a defensive back at West Virginia Wesleyan. “He was more just a guy that led by example.”

Playing for Calvert Hall, Sawyer looked forward to seeing his old friend when he faced McDonogh. Even though one was on defense and the other was on offense, they still developed a close bond.

“He was such a great person,” Sawyer said. “I truly loved the kid.”

McNair’s locker — only a few spots away from Jordan’s — will remain unused this season. The team has turned it into a makeshift memorial, with several red and white flowers laying under a cross dangling from a clothing hook.

Despite the pain of losing a teammate, Jordan added, the team has “tried to use [him] to motivate us to be the best that we can be.” Moving forward, the Terps plan to channel McNair’s upbeat energy and keep his memory alive — both on and off the field.

“Everything we do,” he said, “we’re gonna be thinking about Jordan.”