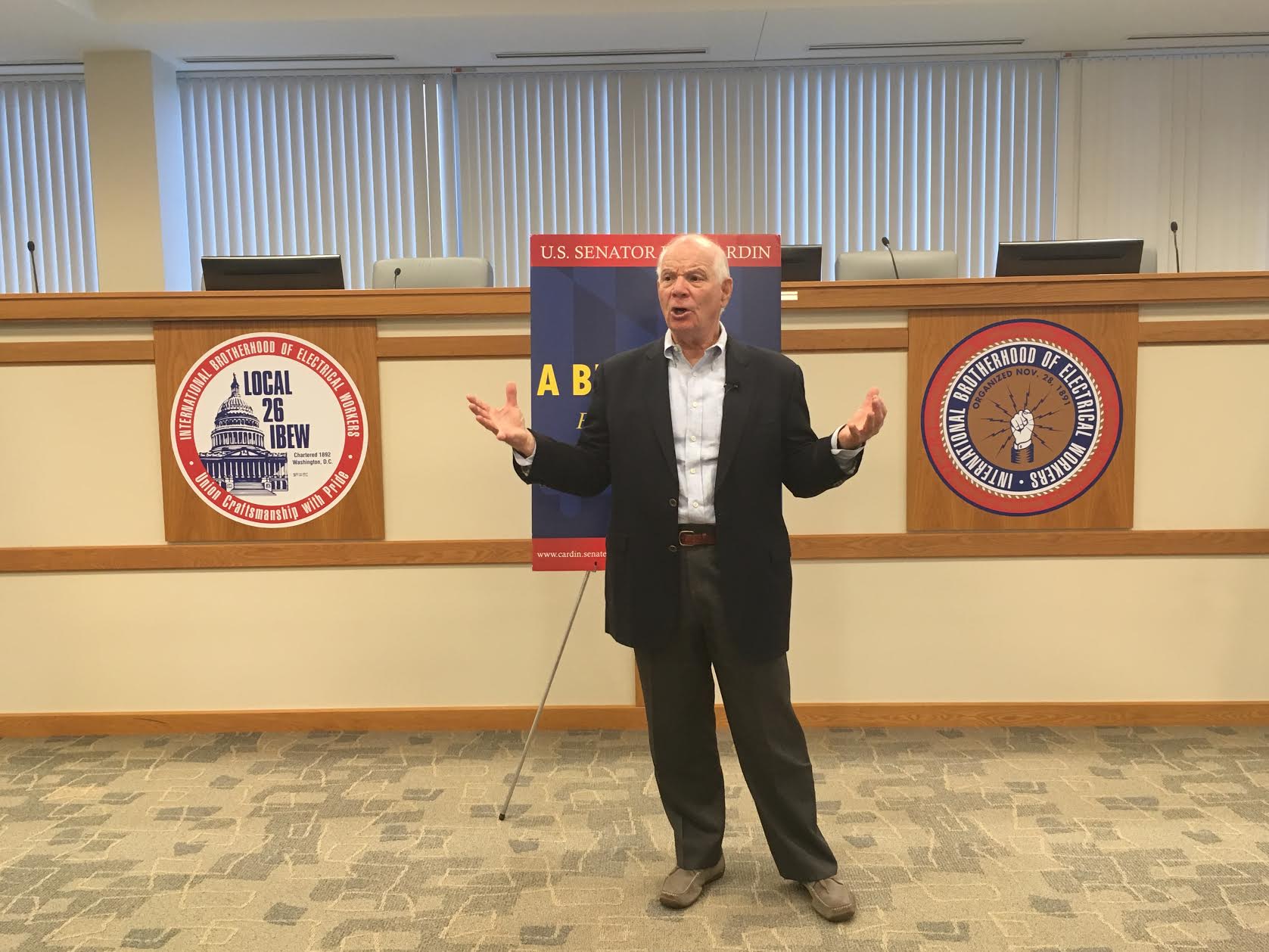 New legislation introduced by Sen. Ben Cardin (D-Md.) would create a grant for students across the country seeking public service careers, and provide expedited loan forgiveness for those already working in the field.

Cardin introduced the Strengthening America’s Communities Act to the Senate on May 24, which would create the National Public Service Education Grant to pay the average total cost of two and four-year institutions for students who intend to work in the public service sector. In exchange, students would commit to working at least three years in public service at a federal, state, local or tribal level, according to the bill.

“No individual willing to serve their community in a public service career should be held back from their calling due to the high cost of obtaining a college education,” Cardin said in a press release Tuesday. “This legislation is a first step toward enabling people to serve their communities without being hobbled by massive student loan debt, and by providing current public servants with the financial freedom to continue to heed their calling to service.”

The bill has been referred to the Health, Education, Labor, and Pensions Committee, but has not yet received a hearing date. It would appropriate more than $1.5 billion in grant funding for fiscal year 2018, and more than $15 billion by 2026.

University of Maryland President Wallace Loh welcomed Cardin’s efforts to address student loan debt in the press release, adding the bill “would be very helpful to many other students who want to make a difference in their communities.”

The bill would help address an aging federal workforce, said Troy Cribb, director of the public service non-profit Policy at the Partnership for Public Service in a statement Friday.

“We need a skilled professional workforce to function in the fast-changing, data-and technology-environment,” Cribb said. “Tuition assistance and loan forgiveness programs can provide important incentives for a new generation to answer the call to public service and reinvigorate the federal workforce.”

Only about six percent of full-time workers in the United States are under 30 years old. The average age of a full-time worker in the U.S. is 47.5 years old, according to the Office of Personnel Management.

The bill would provide “accelerated” loan forgiveness for current public servants by canceling 15 percent of the total loan debt after two and another 15 percent after four years in public service, with another 20, 20 and 30 percent coming off after six, eight and ten years, respectively.

The SGA voted unanimously on May 22 to support the legislation. SGA President Jonathan Allen called the bill “a proactive approach” to dealing with student debt.

“When I’m looking at potential career paths something I have to seriously take into account is the job I’m potentially applying for,” Allen, a rising senior government and politics major, said. “Is it going to be able to both enable to pay me off my loans while living in one of the most expensive cities in the country?”

Gideon Epstein, SGA’s director of civic and governmental affairs, said public servants deserve the financial relief this bill would provide because of the importance of the work they do.

“People who work in public service deserve every advantage possible,” said Epstein, a rising junior government and politics major. “They are basically serving our country for a lesser amount of money than they could be making in the private sector and we should do everything we can to support them.”

The legislation specifically targets historically black colleges and universities and other institutions serving minority groups in an effort to improve the lack of minority representation in public service; one of SGA’s key goals of promoting diversity and inclusion, Allen said.

“[The bill] will ultimately provide us with a workforce that is more diverse and more reflective of our country and it’s important to have those voices at the table when important decisions are being made that will affect millions of citizens across the US,” Allen said.