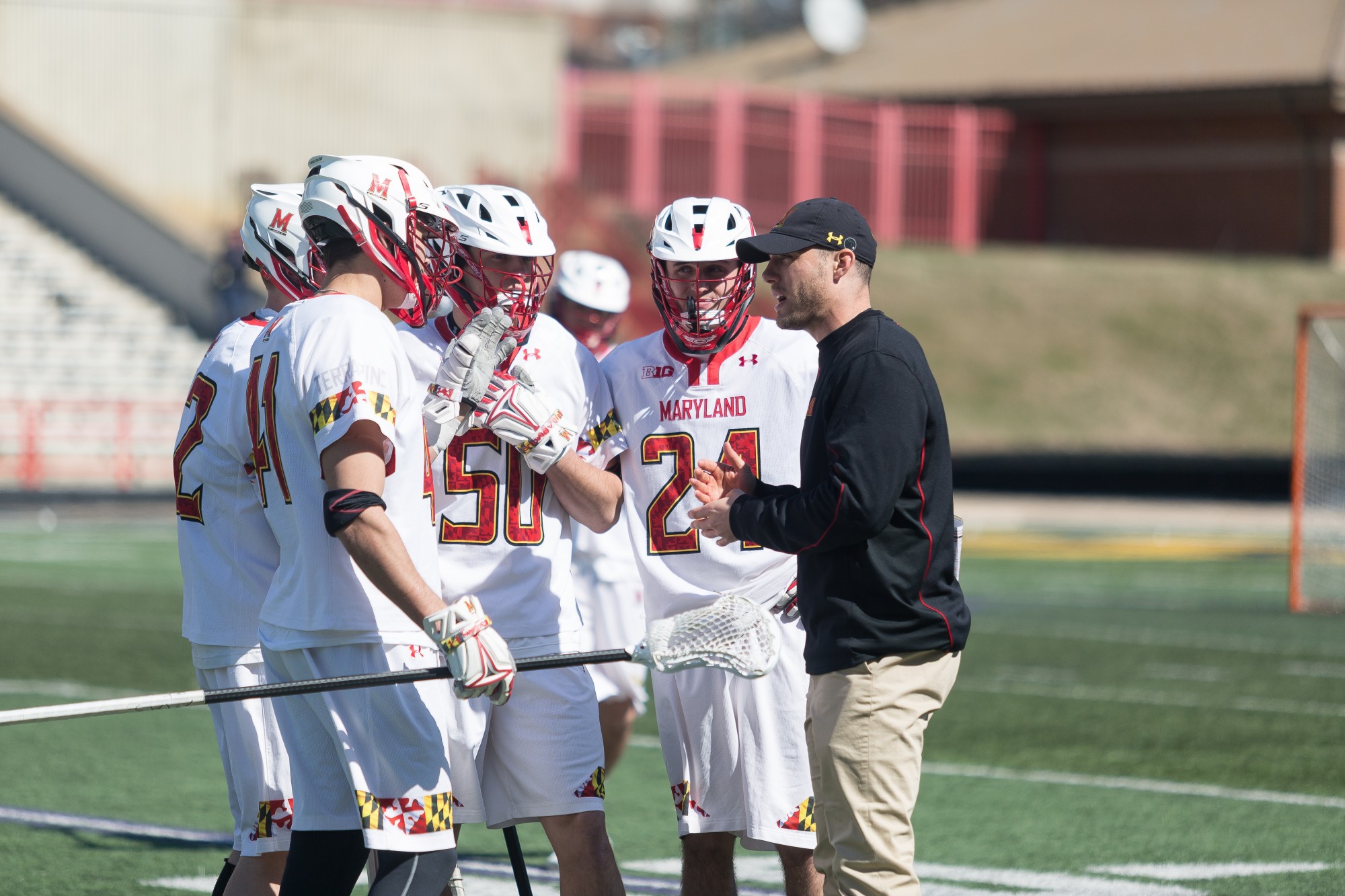 At the end of his freshman season, Jack Welding was still catching up. The defenseman had appeared in seven games during Maryland men’s lacrosse’s run to the national championship, but he was still getting acclimated to the pace of college play.

Welding spent extensive time in the film room in the offseason and has frequently sought out advice from assistant coach Jesse Bernhardt. His desire to improve has been rewarded: Entering Sunday’s NCAA tournament quarterfinal, Welding had started all 16 games for the Terps. His impact was perhaps strongest in the 17th.

Against one of the best attackmen in the nation, Welding delivered a shutdown performance, leading Maryland to a 13-8 win over Cornell at Navy-Marine Corps Memorial Stadium. In the Terps’ most complete victory since their 13-5 rout of Michigan on March 31, Welding and the defense led the way.

“The biggest difference is definitely experience,” Welding said of his role change compared to last season. “I had a job this week, I came prepared and I did it.”

The win pushed Maryland to 7-0 in the tournament quarterfinals under coach John Tillman and secured a matchup in Foxborough, Massachusetts, with the winner of Sunday afternoon’s Duke/Johns Hopkins matchup.

Maryland’s attack reached 10 goals for the 16th time in 17 games, the Terps won 15 of 24 faceoffs and the defense managed a Big Red attack that entered the day averaging close to 14 goals per game.

On the first day of practice this week, Bernhardt told Welding his primary task would be to limit Cornell attackman Jeff Teat, who’s second in the country in points scored. Throughout practices, freshman attackman Kyle Brickerd mimicked Teat’s play. But it was challenging for the Terps — Teat is a left-handed shooter, something Maryland’s scout team lacks.

From the outset of the game, it was clear Teat would be Welding’s responsibility. Welding stood with the Brampton, Ontario, native step for step, limiting the number of times Teat touched the ball in the first half. At times, the pair stood still, but Welding said it was never awkward. Teat attempted one shot on the day.

Though Welding’s assignment was to prioritize eliminating Teat from the Big Red attack, defensemen Bryce Young and Curtis Corley occasionally alternated guarding him. In man-up opportunities, midfielder Adam DiMillo helped contain Teat, and defenseman Bryce Young did so when the Big Red attempted to organize their offense behind the net. The decision to eliminate Teat left Maryland playing 5-on-5.

“We combined a lot of gameplans,” Tillman said. “We adapted what we did all year with five people. If things didn’t work out, we’d go back to 6-on-6. [Teat’s] slick as can be.”

Welding was tasked with protecting a hefty lead, as Maryland’s attack exploded in the second quarter. By the time midfielder Connor Kelly scored for the first time with about five minutes remaining before the intermission, the Terps boasted a four-goal edge.

One week after its worst first half of the season against Robert Morris, Maryland entered the locker room ahead 6-4. And Maryland’s struggles in the third quarter subsided, providing Welding and the Terps defense an advantage to work with.

Freshman midfielder Bubba Fairman scored a hat trick in the quarter, and midfielder Logan Wisnauskas tallied an assist for his 43rd point, the most by a Terps freshman since 2001. Welding continued to anchor the defense as Maryland’s attack orchestrated a 6-0 run to put the game out of reach.

“Jeff being shut down is not new,” Cornell coach Peter Milliman said. “It’s been happening for two years. He was shut down in the third game of his college career. … There are things we do to deal with it. Some goals today were part of Jeff being shut.”