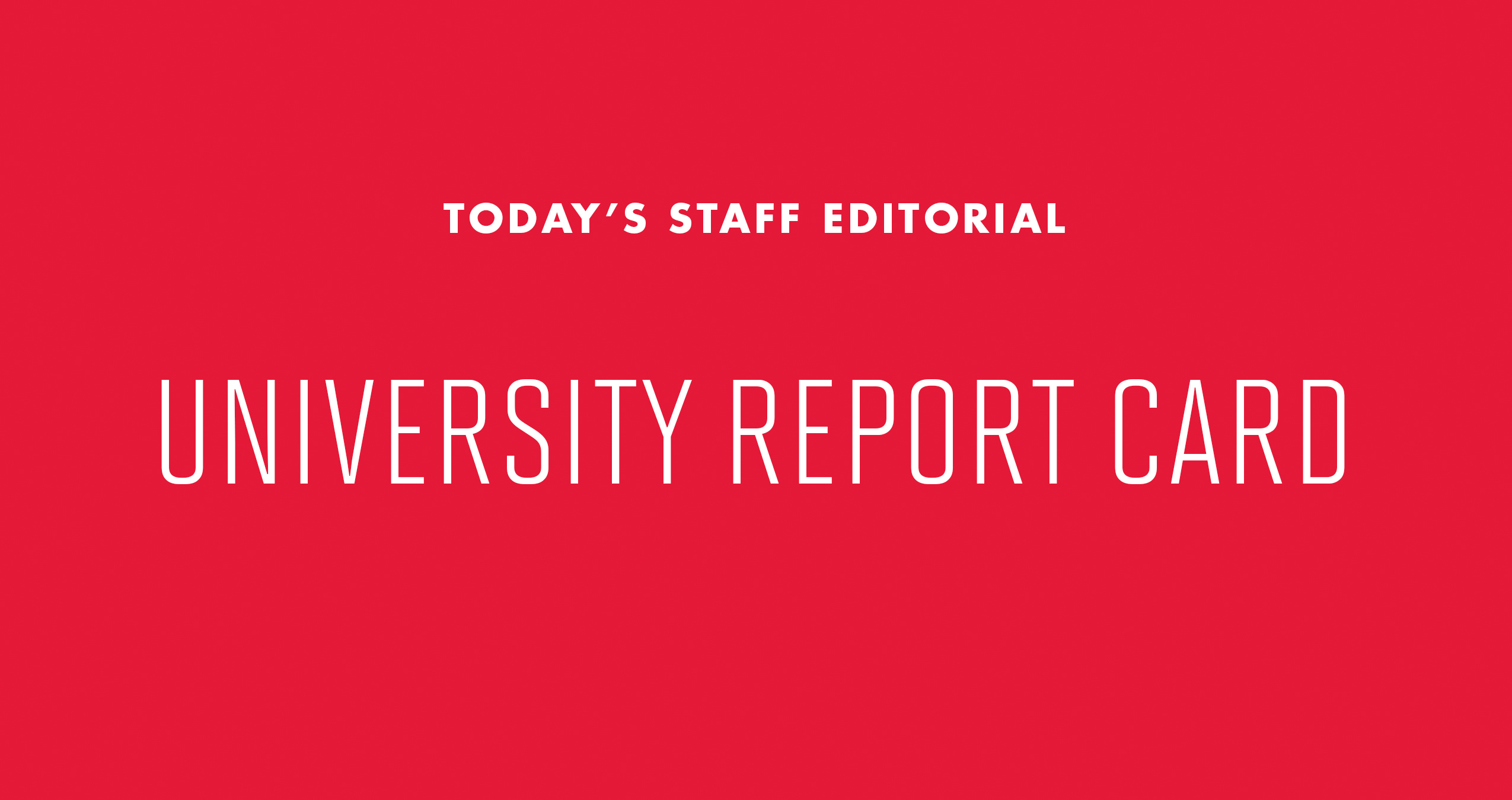 After 2nd Lt. Richard Collins’ tragic death scarred our community, the University of Maryland administration should have used this school year to openly reckon with bigotry on the campus. Instead, it mostly exhibited secrecy and defensiveness.

As incidences of hate and discrimination have continued to proliferate, this university needs courageous leadership that doesn’t shirk responsibility. This year, administration too frequently failed to meet that challenge.

The Department of Transportation Services rankled many when it announced deep cuts to Shuttle-UM routes, most notably the weekend bus to the College Park Metro Station. DOTS also recently revealed further reductions to parking spaces. Folks are right to be upset — these moves isolate students from Washington, D.C., and make this university even more unfriendly to commuters.

The Department of Resident Life has consistently failed to empathize with students with mental illness. In April, a student who went to the hospital for a panic attack was barred from returning to her on-campus housing until she had met with university staff. Resident Life Director Deborah Grandner’s subsequent letter to the campus community seemed to be a defense of the protocol more than a true change in the department’s direction or practice.

At the same time, Resident Life implemented a program for substance-free housing and is working to provide housing and support for those recovering from addiction and expand the Green Terp program — which is meant to encourage sustainable behavior — to 13 dorms on campus. These programs demonstrate an understanding of the needs of students that goes beyond simply providing them with a room.

This has been a year of missed opportunities for the College Park City Council. It raised a conversation around civic engagement and then failed to implement community-supported legislation addressing that problem. It bungled a proposed charter amendment allowing noncitizen voting in municipal elections because it didn’t follow its own voting rules. It stymied the progress of a no-excuse absentee voting bill, pushing its backers to take it to the state level. It voted to cannibalize two Route 1 businesses to grow City Hall at its own behest. While it has shown commitment to figuring out its own processes and advancing sustainability goals, the city council needs to show it knows how to listen to College Park residents.

In September, university President Wallace Loh announcedat the end of a campuswide email that Professor Juan Uriagereka had been offered the position of graduate school dean ­— fitting, because graduate students at this university were treated like an afterthought all year. Whether it’s testifying against their collective bargaining rights, or increasing rent, this university has put the needs of graduate students on the backburner. Even the most significant advancement made for graduate students — a 2 percent increase on stipends for graduate assistants — was first mentioned unceremoniously on NPR without input from the Graduate Student Government.

Following the chaos of the 2017 election, the Student Government Association seemingly had nowhere to go but up. The body had a number of concrete accomplishments this year, among them creating a transportation stipend program for students with off-campus internships and funding CPR training. Then-SGA President AJ Pruitt deserves credit for bringing attention to the Title IX officer’s reassignment.

But this year’s election, while less scandalous than last year’s, suffered from the same lack of diversity — 37 of the 40 candidates belonged to one party — and the same lackluster turnout. And reports from the SGA’s former communications director of a “boys’ club” mentality within the group tarnished its image further.