No. 1 Maryland men’s lacrosse survives first-round scare in 14-11 win over No. 18 Robert Morris 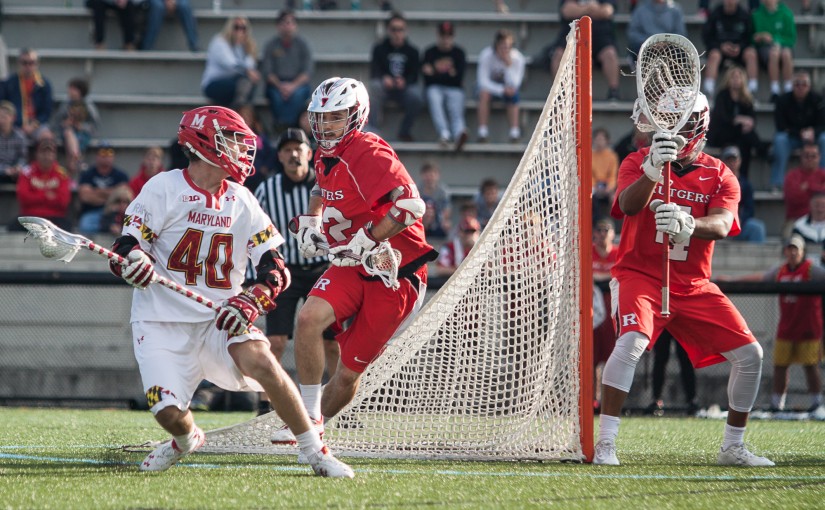 A season after posting a team-high 46 goals, midfielder Connor Kelly had to change his perspective. After being the biggest scoring threat on a Maryland men’s lacrosse team that also featured Tewaaraton Award winner Matt Rambo last year, Kelly has been tasked with orchestrating an offense with several new faces around him this season.

For Kelly, who hesitantly accepted the team’s No. 1 jersey, which is given to the top player on the field each year, that shift has never meant being more vocal. He admits he’s not the most expressive player, calmly collaborating with midfielder Tim Rotanz and goalkeeper Dan Morris to keep Maryland organized on both ends of the field.

But in Sunday’s 14-11 win against No. 18-seed Robert Morris in the first round of the NCAA tournament, Kelly took control of a game that featured the worst first half of top-seeded Maryland’s season.

He scored four times to help the Terps advance to the second round, where they’ll play the winner of Syracuse/Cornell in Annapolis next weekend. The performance made clear why he was named a Tewaaraton Award finalist Thursday night.

“[Kelly] is a huge boost for us,” said attackman Anthony DeMaio, who matched his season total with three assists against the Colonials. “We did a great job communicating more [in the second half].”

The Colonials, who convincingly defeated Canisius, 12-6, in their play-in game Wednesday, effectively removed Kelly from Maryland’s offense in the first half. His only score of the period answered Robert Morris’ four-goal spurt that put Maryland down 4-1 and silenced the Terps contingent at Maryland Stadium.

Still, Colonials attackman Matt Schmidt and midfielder Mitchell Wales each found the net to end the second quarter, giving Robert Morris a 6-3 lead at intermission. Maryland’s defense didn’t have an answer for the visitors’ methodical, possession-based offense, which was organized almost exclusively behind the net.

Maryland coach John Tillman said everyone he spoke to about the Colonials raved about them. They lived up to that praise, and for 30 minutes seemed poised to become the first team to defeat a No. 1-seed in the first round.

The three-goal deficit was the largest that coach John Tillman’s team has faced this season. It was just the second time a top seed has trailed at halftime of a first-round game since the tournament moved to a 16-team format.

After halftime, though, the Colonials couldn’t limit Maryland top source of production.

“We felt like we executed at an extremely high level in the first half,” Colonials coach Andrew McMinn said. “At times, we veered from the game plan of what we were looking to do [with Kelly and attackman Jared Bernhardt]. I don’t think it was too much different on their end.”

With the Terps working from behind in the third, Kelly provided a spark. He scored two of the first three goals in the frame, frustrating the Colonials defense. His final score of the quarter with about six-seconds left pushed Maryland’s lead to two, its largest of the game to that point.

Kelly’s dominance enabled him to reach 77 points on the season, putting him in fourth place in single-season program history.

“I don’t think there was any frustration whatsoever,” Kelly said. “We have a calm, collected group. We did a great job answering.”

Maryland has often been challenged in the first round of tournament games, and Sunday’s matchup followed that trend. The Terps faced a four-goal deficit against Cornell in 2014 and trailed Yale in the fourth quarter in 2015. In Maryland’s latest test, Kelly proved to be the difference.

“They were exactly what we expected,” Tillman said. “They’re athletic, dangerous and skilled. It took everything we could to come back to get a big win.”