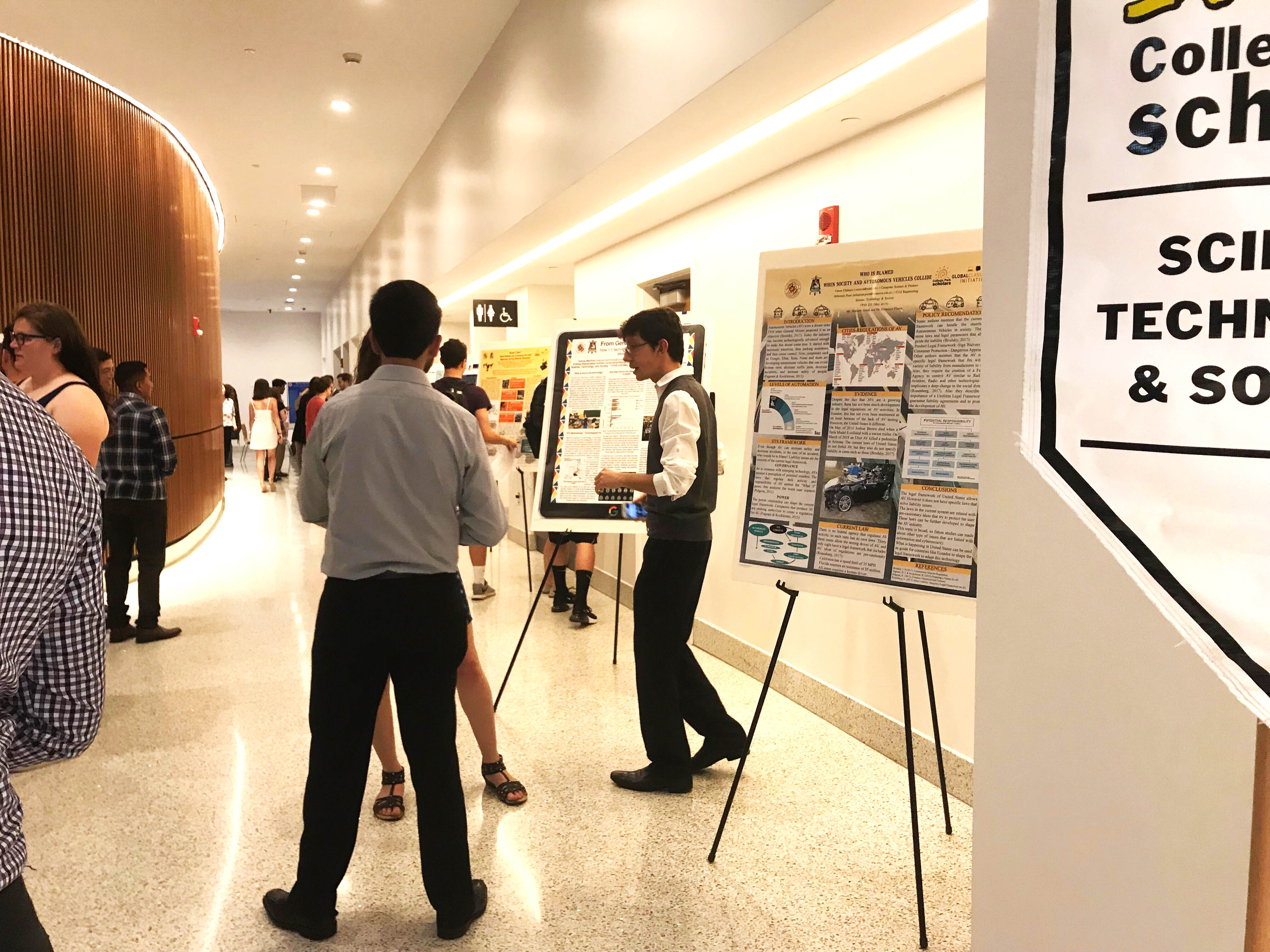 It had been months since Arun Srinivas, a University of Maryland student, and Paul Carrion, a student attending the University of Cuenca in Ecuador, began a project together. But until May 1, the two had never met in person.

The pair was among 11 teams — each including a student in this university’s College Park Scholars Program and a student from UCuenca — that finally connected in person at the Cambridge Community Center.

Eager to meet his partner, Srinivas approached a member of the crowd who he thought had called his name, but it wasn’t Carrion at all.

“I was like ‘Oh hey, you must be Paul,’ and then [Paul] came over and I’m like ‘Wait, no,'” Srinivas said. “I was thinking of the Facebook profile picture and was like, ‘It doesn’t line up.'”

The project pairing students from the two countries was a first for this university’s Science, Technology and Society Scholars program. Its goal was to help students think about the social and economic consequences of science and technology and make cross-cultural comparisons, said Matthew Aruch, the Scholars program’s assistant director.

After the initial mixup, the pair got to know each other over Jimmy John’s sandwiches, talking about everything from their project to their ideal superpower.

Aruch has organized the winter study abroad course — CPSP279T or LASC269T: Technology, Education and Society: Ecuador in Context — since 2014. Through this, he built a relationship with Dr. Francisco Flores, an instructional engineer professor at UCuenca, and the program was born.

This was the first year Flores and Aruch worked on a program with students in two different countries, but Flores said he hopes to offer it again.

“I just think it was a great idea because of the opportunity that it could bring to my students at the University of Cuenca,” Flores said. “I did my master’s and Ph.D. at [Virginia Tech], and I wanted them to have the same opportunity, and I think this is a good step towards that.”

[Read more: University of Maryland will implement a fee for international students by fall 2017]

David Greenblott, a sophomore chemical and biomolecular engineering major, worked on a project about the medical benefits of psychedelic substances.

“I think it’s incredible,” Greenblott said. “Even coming to Maryland, I never thought I’d have the opportunity to work on a semester long project with another student from Ecuador and become friends with him along the way.”

Greenblott’s partner, Bryam Astudillo, a fifth-year civil engineering major, said it was difficult to line up schedules outside of class, but they learned to divide the work and share their notes.

Students relied on Webex, a video conferencing platform, to communicate during class, and frequently called and texted each other to talk about their projects, Aruch said.

All of the students in the program presented their projects at the Scholars Academic Showcase on Friday, topped off with a friendly kickball game.

“It was just interesting to see how life is moving, like you don’t have to be in the same place,” Srinivas said. “It was just like a whole interactive version, being able to connect without actually being there.”