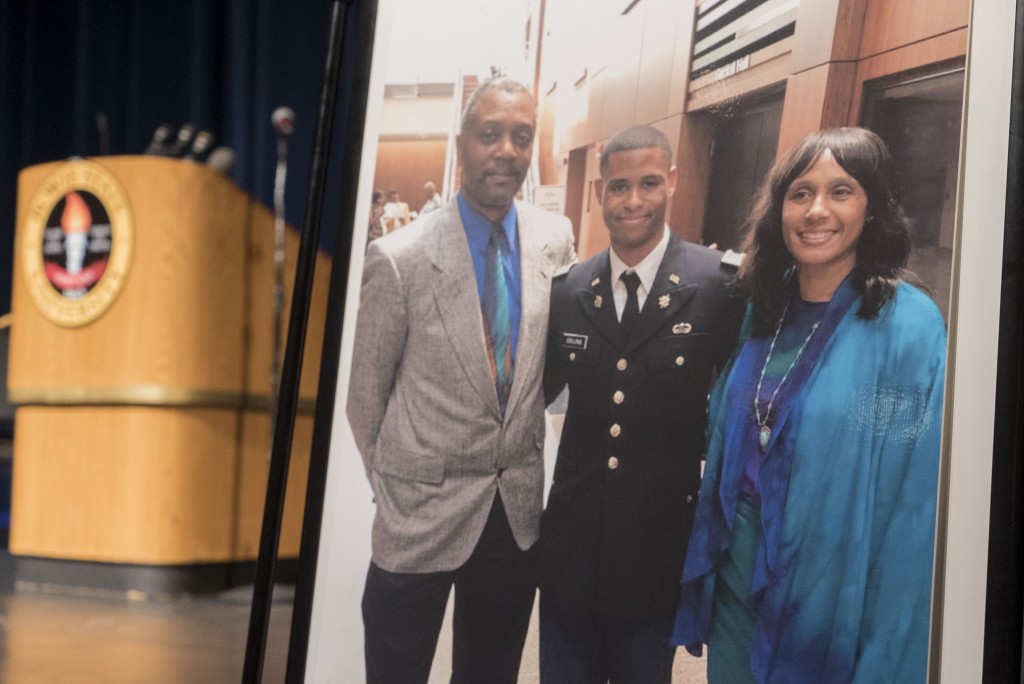 By Christine Condon and Jillian Atelsek

Lawyers for a former University of Maryland student charged in the killing of 2nd Lt. Richard Collins are asking a judge to prohibit certain evidence linking him to a white supremacist Facebook page.

The lawyers of Sean Urbanski, the student charged, filed a motion Friday in Prince George’s County Court. The motion argues that content from the since-deleted page — titled “Alt-Reich: Nation” — is irrelevant to the case, as are some materials recovered from his phone.

Urbanski’s lawyers, William C. Brennan Jr. and John M. McKenna, wrote that the evidence was “particularly offensive, extremely prejudicial” and “highly inflammatory” and could bias the jury against their client, according to the motion. The evidence includes messages and cartoon images on Urbanski’s cell phone, his lawyers said in the motion.

“There is a genuine risk that the emotions of the jury … will be excited to irrational behavior concerning the alleged murder of Mr. Collins,” Urbanski’s lawyers said in the motion. “The proffered evidence is more shocking than the underlying crime.”

Collins, a black Bowie State University student who had recently been commissioned as a second lieutenant in the U.S. Army, was fatally stabbed on this campus last May, shortly before his graduation. Urbanski, who is white, is charged with both first-degree murder and a hate crime in the killing.

[Read more: UMD will have a memorial to Richard Collins on campus]

In Friday’s motion, Urbanski’s lawyers argued if the judge rules the evidence admissible in court, Urbanski’s trial should be split into separate trials — one for murder, one for a hate crime.

“What we found occurred on this unfortunate tragic night of May 20 is that we believe that Lt. Collins was killed — that he was murdered — and that it was unjustified, it was premeditated and that it was as a result of his race,” Alsobrooks said at an Oct. 17 news conference.

Brennan, who has previously argued drugs and alcohol may have been factors in the case, did not immediately respond to a request for comment.

The Prince George’s County State’s Attorney’s office declined to comment on the matter, according to John Erzen, an office spokesperson.

“We don’t comment on pending matters,” he said. “We’ll make all of our arguments known during the motions hearing.”

A motions hearing has been scheduled for May 10, according to the Maryland Judiciary Case Search online database. Urbanski is set to stand trial in July.