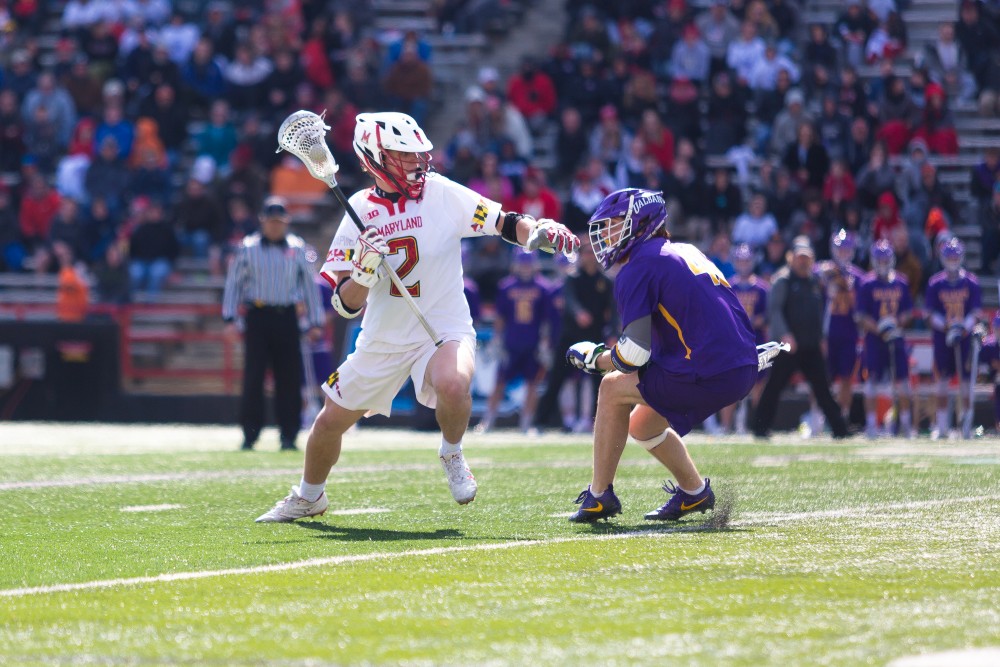 Maryland men’s lacrosse coach John Tillman was unsure whether the No. 2 Terps would be the top overall seed in this year’s NCAA tournament having lost three games and played the No. 8-ranked strength of schedule. So, he told his young team Sunday to prepare to play a good team regardless of where it landed in the bracket.

But even though the Terps fell to Johns Hopkins in the Big Ten tournament title game and ended the season by losing two of their last four matchups, Maryland secured the No. 1 overall seed and will play the winner of Canisius and Robert Morris in the first round Sunday in College Park. It marks the third straight year the Terps secured the top overall seed.

“We have to stay true to what we’ve been doing all year,” Tillman said of his advice to the players making their first appearance in the tournament. “We do have a philosophy and a process. There’s a way we like to do things.”

No. 8-seed Syracuse, No. 5 Johns Hopkins, No. 4 Duke, Cornell, Georgetown and Villanova round out the Terps’ side of the bracket.

Canisius (8-8) secured a spot in the tournament with a win against Detroit Mercy in the MAAC championship game. Robert Morris ended the year at 12-4, including a win over Penn State. They beat Canisius, 12-9, on April 10.

Maryland, which has reached the NCAA tournament for a 16th consecutive year, the longest active streak in the country, will begin its quest for a second straight national championship after falling to the Blue Jays in the Big Ten tournament title game Saturday in Ann Arbor, Michigan.

Maryland ended the season at 12-3, including a 4-1 conference record. Its two regular season blemishes came against then-No. 1 Albany and Ohio State. The Terps opened the year with five straight wins before falling to the Great Danes.

Still, coach John Tillman’s team is coming off of its first national championship in 42 seasons. Under Tillman’s leadership, the Terps have six final four appearances. He is 18-6 in the tournament at Maryland.

The winner of the Terps’ first-round matchup will face the winner of No. 8 Syracuse and Cornell in Annapolis, Maryland.