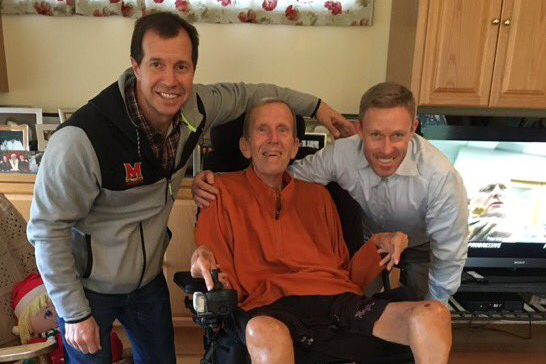 Former Maryland men’s lacrosse coach Dick Edell, who led the Terps to 13 NCAA tournament appearances and three ACC championships in 18 seasons, died Wednesday after being hospitalized with pneumonia, according to US Lacrosse Magazine. He was 74.

Edell, who was known as the “Big Man” during his time in College Park, suffered from inclusion body myopathy, according to The Washington Times.

“The ‘Big Man’ was truly larger than life,” coach John Tillman said in a tweet. “Like all the young men he touched during his life I will miss him dearly. Thankful for his guidance and friendship.”

The longtime coach last led the program in 2001, when the Terps went 13-3. He ended his stint at Maryland with the best career coaching record in the ACC. In 2000, Edell won his 150th game, becoming the first coach to secure 150 wins at an ACC school. Maryland played in the ACC before joining the Big Ten in 2014.

“My deepest sympathy to the Edell family and all the men and women he touched,” former Terps coach Dave Cottle, Edell’s successor at Maryland, said in a tweet. “The Big Man was loved and respected by all.”

Edell graduated from Towson, where he received a degree in physical education. He went on to obtain master’s degrees in science and education from the universities of Baltimore and Western Maryland, respectively.

Edell started his coaching career as the freshman coach for the Towson Tigers in 1968. Then, he spent three seasons at Calvert Hall High School in Towson.

After being hired in 1973, Edell coached at the University of Baltimore for four seasons. He also led the soccer program to a Division II championship in 1975 and coached at Army before getting hired at Maryland.

Edell leaves behind his wife, Dolores, and four children.