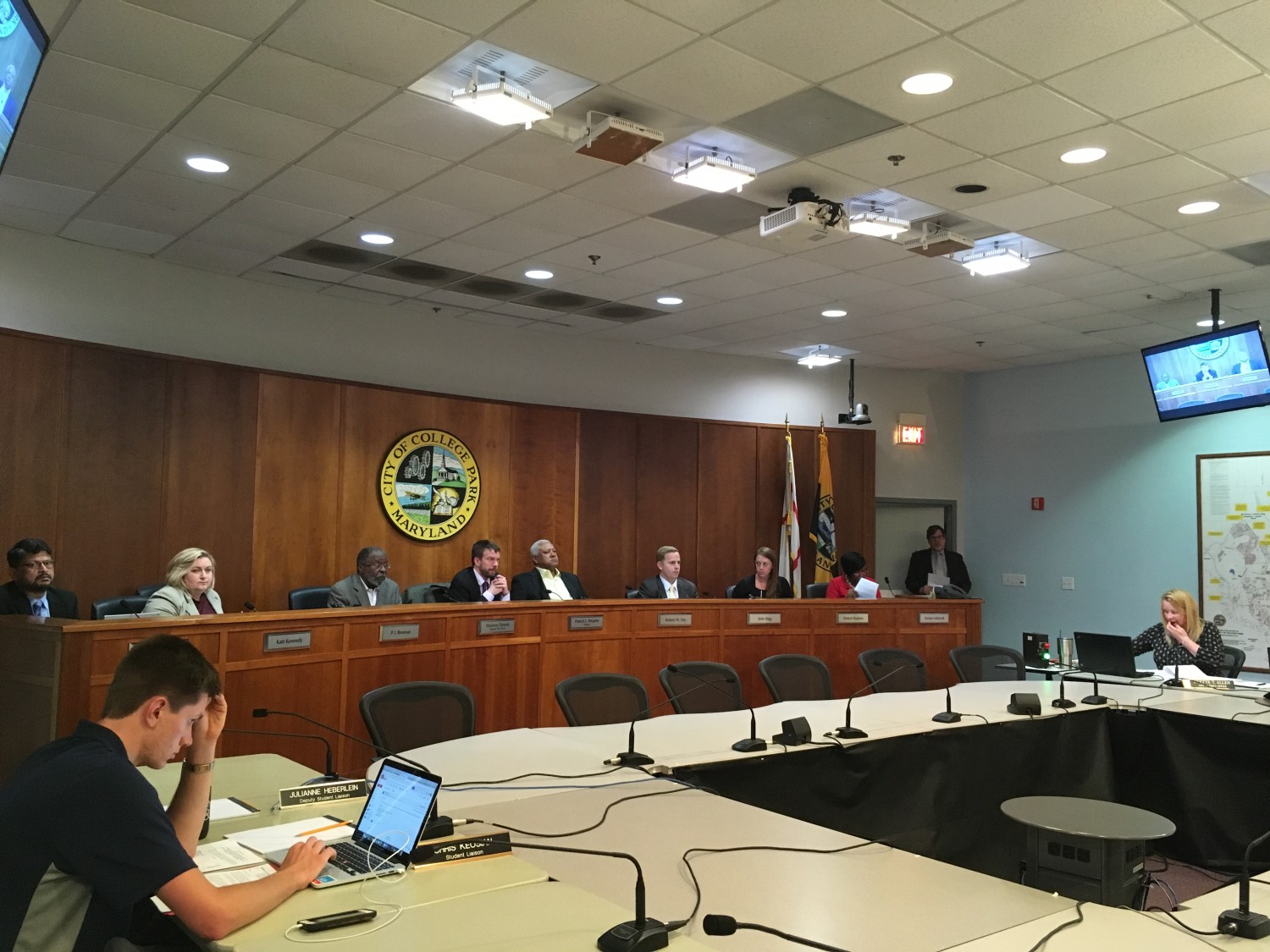 Some College Park residents are calling for more transparency from their elected officials after the city council conducted closed meetings about its charter.

After a measure that would have allowed non-U.S. citizens to vote in city elections failed to pass in September, the council consulted outside legal counsel to assess the legality of its charter, which stipulated that a supermajority vote was required to make changes to it.

According to the complaint, the council held multiple closed sessions from October through March, in which the council allegedly “re-worked the charter language under the guise of receiving ‘legal advice’ and in flagrant violation of the Open Meetings Act.”

“We have the right to look at everything that went into the process,” Balachandran said. “That is democracy, and that’s guaranteed by the Open Meetings Act in Maryland. And that’s where we’ve been shortchanged.”

Mayor Patrick Wojahn asserted that the closed sessions were “appropriate and legal under Maryland state law.”

A number of city residents read parts of a leaked Oct. 3 memo, which outside counsel Victoria Shearer authored to clarify details of the city charter, at a public hearing Tuesday in opposition to the latest charter amendment.

The most recent charter change, passed Tuesday, modified the charter by defining the city’s “legislative body” as both the mayor and council, which was not previously explicitly stated in the document, as well as specifically providing for the mayor’s ability to cast tie-breaking votes on charter amendments.

District 1 resident Lourene Miovski sent public letters to the mayor and council regarding the amendment; she later found the memo anonymously left “in a plastic bag on [her] fence,” she wrote in an email.

Shearer and city attorney Suellen Ferguson addressed the residents’ memo interpretation in an April 23 addendum to a charter amendment fact sheet, which stated that the ‘interpretation’ “takes the memorandum wording out of context. The Mayor, although intended to be considered a member of the legislative body by being included in the listing of the elected officials allowed to vote (and considered to be such in the past), was not explicitly made so by the language of the Charter.”

The city has claimed lawyer-client privilege and has not released the memo to the public. The council voted not to release the memo “due to potential legal risk,” Wojahn said.

The new amendment was “designed to make the voting provisions clear and to maintain the past practice of allowing the Mayor to vote to break a tie for Charter amendments and other actions,” according to the fact sheet.

“I’m afraid [the council is] being short-sighted in passing the charter amendment without considering all the possible ramifications,” Cook said. “This is one step that could change our form of government without input from the residents.”

Wojahn said Shearer’s memo does not conflict with the charter amendment, and that the memo simply explains that the non-amended charter lacks a clear definition of the mayor as a member of the legislative body.

“[The charter amendment] is entirely consistent with Ms. Shearer’s memo, which states that there [was] nothing currently in the city charter that states that the mayor is a member of the legislative body,” Wojahn said.

District 3 Councilman John Rigg condemned the leaking of the memo, describing it as “patently inappropriate.”

“That was protected communication between an attorney and their clients. We did not authorize the release of it,” Rigg said. “It makes me angry, and it did a disservice to the city.”

District 1 Councilwoman Kate Kennedy criticized some of the residents who led the complaints.

“It feels like they’re holding us hostage. I feel like I’m being held hostage by this small cabal of politically motivated people,” Kennedy said. “They’re just holding us hostage, even after we did, and I did, and we as a body did due diligence.”