Review: ‘Infinity War’ blends the best of Marvel into one excellent movie 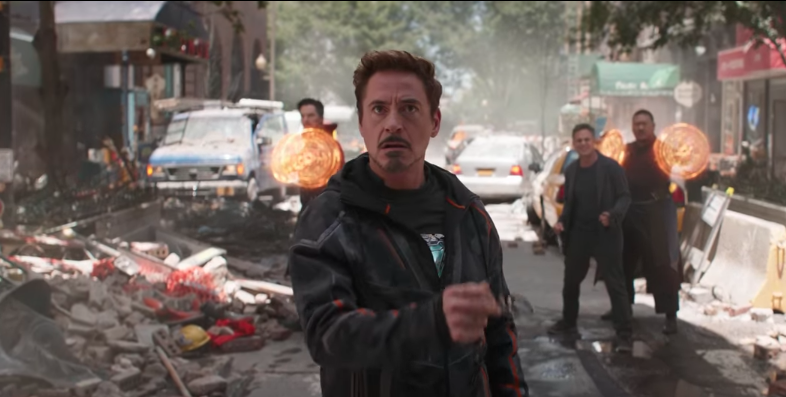 Writer’s note: This review is mostly spoiler-free, but some minor plot points are unavoidable to discuss. If you haven’t seen the movie, read at your own risk.

The Marvel Cinematic Universe has put out some particularly amazing and engaging films in the past year, such as Spider-Man: Homecoming and Black Panther, both of which appealed to more than just superhero nerds. The expectations were high for Avengers: Infinity War — but it was just as great.

The complex storylines, character relationships and seemingly separate worlds of countless Marvel films all came together in Infinity War, without becoming confusing or too drawn out. In fact, it was unbelievably fast-paced and easy to follow.

Of course, that’s kind of the point of the Avengers films. They bring together a group of heroes who worked separately — or semi-separately — in past films to fight one villain who seeks to wreak havoc on all of their turfs. But Infinity War felt special.

This film followed the superheroes on their unique, but connected, quests to stop Thanos, a very large and evil Titan, from obtaining all of the infinity stones, which would give him the power to wipe out half of the universe’s population at the snap of a finger. Thanos is notorious for going to different planets and wiping out half of their populations to ‘solve’ issues of poverty and over-consumption — a concept better known as genocide. He’s notorious for genocide.

Thanos is also the (step)father of Gamora, the badass green heroine of the Guardians of the Galaxy franchise. This connection brought the Guardians crew into the Avengers world, which led to amazing comic relief. The Marvel Cinematic Universe does a great job of integrating comedy with their otherwise action-packed, intense storylines through sarcastic dialogue, but the Guardians are famous for their humor and wit.

Teenage Groot’s angry adolescent attitude, coupled with Starlord’s hilarious envy of Thor’s rugged good looks — and an ego larger than Tony Stark’s — made all of their scenes just a little brighter.

Infinity War managed to simultaneously catch viewers up on the relationships between characters and further the movie’s individual storyline. There was heavy action from start to finish and serious plot points around every corner — it was impossible to look away because there was never a reason to.

The movie’s runtime is about 2 hours and 40 minutes, which seemed like a recipe for boredom or repetition, but Thanos’ search for all six infinity stones led him to different corners of the universe where he faced fights from various Avengers and friends.

The setting was constantly changing and each new place was breathtaking — from the vibrant fields of Black Panther’s home, Wakanda, to the dark space hub where Thor’s hammer was forged, Nidavellir. Every space and every character looked realistic, despite some of the unimaginably alien appearances. The special effects and CGI teams definitely had their work cut out for them with this movie, and they executed it flawlessly.

Because the movie featured so many characters, watching out for when and where different folks would meet was incredibly intriguing. This also led to interesting relationship dynamics, such as the power struggle between the ever-wise Doctor Strange and fast-thinking mogul Iron Man, or the casual but heartwarming moment where Thor and Captain America reunite, following Cap’s departure from The Avengers at the end of Captain America: Civil War.

In typical Marvel fashion, of course, there was a big battle scene that came near the end. All the characters we recognize and love came together to fight their common enemy and hopefully save half the universe. Gamora was a crucial character for the bulk of the movie, but this scene was where other female heroes got a chance to shine. Black Widow, Scarlet Witch and Okoye showed immense strength and power, and proved they were a crucial force in the fight.

The result of the fight was shocking, for a number of reasons viewers should discover on their own. It felt surreal and was a major deviation from typical Marvel story arcs. It was the perfect summation of what the movie did best: showing the ‘reality’ to these unimaginable events. It didn’t paint picture-perfect superheroes who do everything right — instead, they faced ‘real’ struggles and ‘real’ consequences that will truly drive the second part of this epic thriller.

Marvel masterfully left viewers with a sense of completion but a hunger for more. By the end, the storyline of Infinity War was resolved, but the storyline of the Marvel Cinematic Universe felt like it was just getting started.