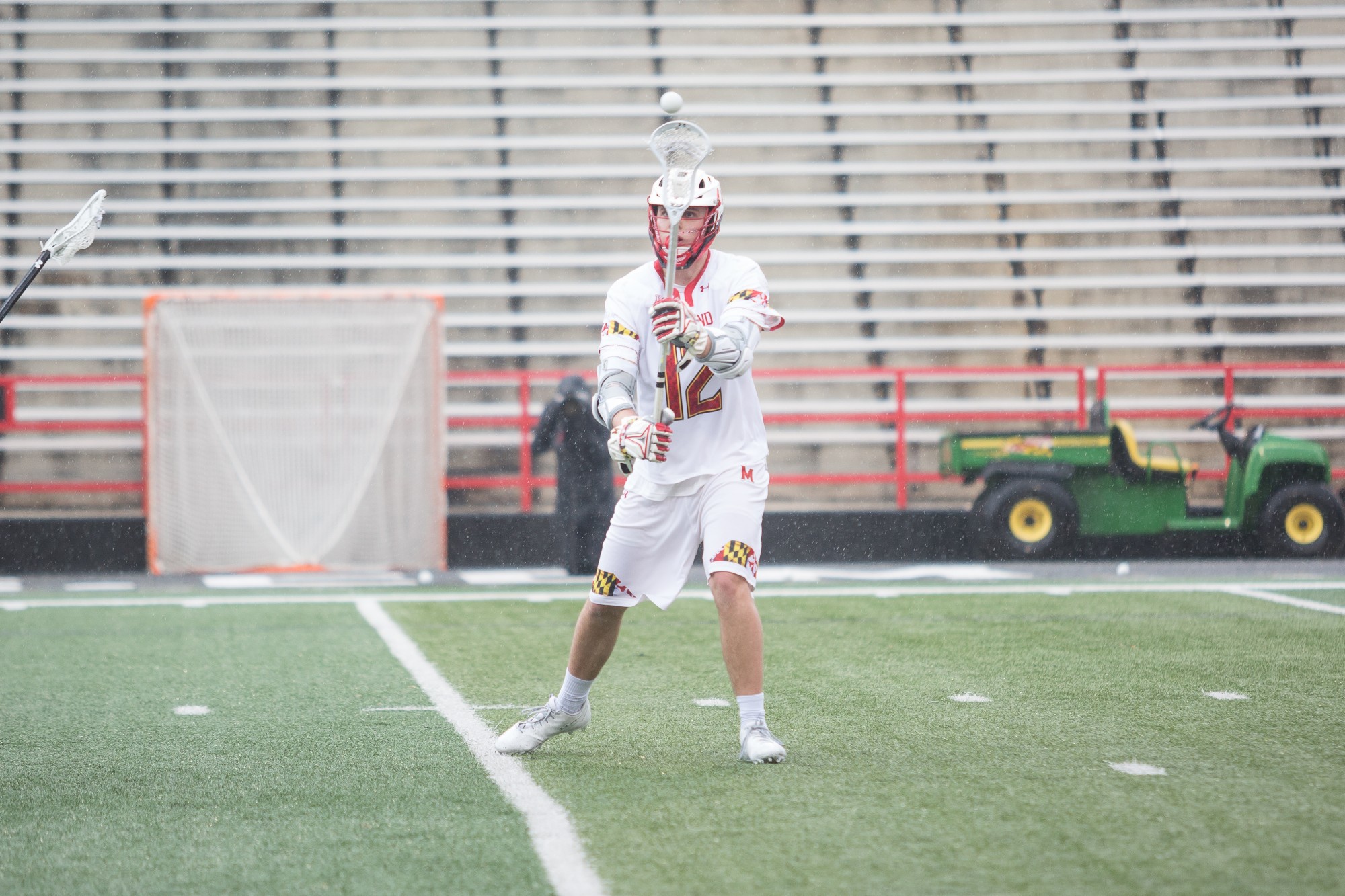 In the first half of the Maryland men’s lacrosse team’s win against Rutgers on April 15, defender Michael Adler knocked a ball out of midair, scooped it up and cleared it, enabling the Terps offense to take over. Then, in the second quarter, Adler gained possession of a similar airball and spin-dodged five Scarlet Knights offensive players.

His teammates joked that Adler was so effective he should have kept going and dodged another Rutgers player, just to show he could.

Adler, a member of Maryland’s man-down defensive unit, played a key role in the Terps’ 11-10 win over the Scarlet Knights, in which Rutgers capitalized on just one of its seven extra-man opportunities.

Coach John Tillman’s team has man-up and man-down units that are both ranked in the top 10 nationally for the second time in four seasons. They’re a big reason the Terps have a chance to win the Big Ten if they beat No. 7 Johns Hopkins in Saturday’s regular-season finale.

“Being man-down six times in a quarter and being able to be tied at halftime and eventually winning, I don’t think you see many teams doing that,” defenseman Bryce Young said. “If we don’t have the defensive man-down unit we have this year, I don’t think we win that [Rutgers] game.”

Young said extensive film review is the reason Maryland has the ninth-best man-down defense in the nation. Tillman and his staff watch hours of film each week to evaluate opposing teams. By the end of the week, players are able to identify and scream out an opposing team’s play call with an extra man on the field, which is often significantly different from a team’s even-strength offense.

While reviewing plays, Maryland’s defensemen study which players on the field are shooting threats and which are more likely to pass. Then, they review set plays, anticipating where opposing players will try to position themselves. They aim to avoid being caught out of position.

Goalkeeper Dan Morris has been crucial, and the Terps’ scout team assists with the preparation, mimicking opposing offenses in man-down scenarios. But it’s the defense’s relentless pursuit of clearing the ball to its offense that powers Maryland’s man-down stinginess.

“Defensively, man down, you have to understand you’re going to give up shots,” Tillman said. “What types of shots are you going to live with? It’s trying to find schemes that work for the guys.”

The Terps’ offensive man-up success — ranked No. 2 in the nation and No. 1 in the Big Ten — is the result of comparable preparation. The group meets once or twice weekly to review how to manage man-up scenarios, midfielder Connor Kelly said, often focusing on passing the ball as frequently as possible.

That approach helped midfielder Logan Wisnauskas find the net in a man-up situation in the first quarter of Sunday’s loss to Ohio State. His score ended a 3-0 Buckeyes run.

When the Terps have a numbers advantage, each player has a role. Attackman Jared Bernhardt will position himself close to the net. Midfielders Bubba Fairman and Tim Rotanz either take a shot or defer to a nearby teammate. Kelly tries to navigate the middle of the field.

“We try to utilize every guy,” Kelly said. “If you keep the ball moving, someone’s going to be open.”

Though Maryland ended its 42-year championship drought last season, neither its man-up nor man-down unit ended the season in the top 15. But if the Terps repeat this year, their management of those situations will be a key reason.