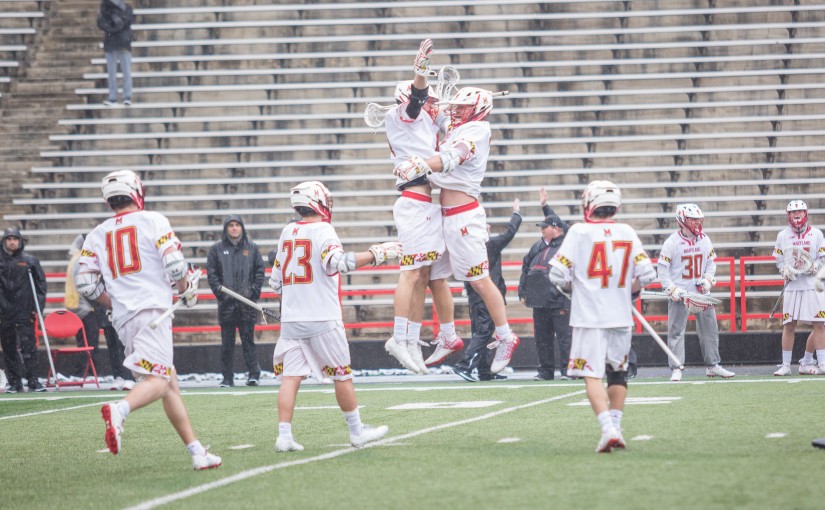 Since John Tillman was hired to lead the Terps in 2011, 36 Maryland players have been drafted, the most in the NCAA during that span.

The Atlanta Blaze drafted Kelly with the second overall pick Wednesday night. Kelly was the highest draft choice for a Terps player since 2006, when Joe Walters was the first overall selection.

Denver faceoff specialist Trevor Baptiste was the only player selected before Kelly.

Kelly has been Maryland’s leading threat in his senior year, posting 32 goals and 28 assists through 11 games. After appearing in just five games his freshman season, the Easton, Connecticut, native scored 31 goals as a sophomore and earned First-Team All-American honors with his 46-goal, 11-assist campaign last year.

“Obviously, playing in the MLL is definitely a dream you have,” Kelly said.

The Charlotte Hounds selected midfielder Tim Rotanz in the second round of the draft.

Inside Lacrosse deemed Rotanz the second-best attackman in his recruiting class, and he has proven to be a valuable offensive threat for Tillman’s team. Rotanz scored three times as a freshman but sat out as a redshirt during his sophomore season, during which he suffered from vertigo.

Last season, Rotanz scored 33 goals, three of which came in the championship game against Ohio State. Through 11 games this year, Rotanz has 12 goals and 12 assists.

“It’d be awesome,” Rotanz said before the draft. “I’ve been playing my whole life. To keep it going would be nice.”

The Ohio Machine drafted defenseman Bryce Young in the second round. The Egg Harbor Township, New Jersey, native is one of Maryland’s top defenders.

In eight games this season, Young has posted 12 ground balls and scored two goals. He was also recognized as a candidate for USILA’s National Player of the Year award.

Young started all 19 games for Maryland last season and was a 2014 U.S. Lacrosse High School All-American.

The Charlotte Hounds drafted midfielder Adam DiMillo in the sixth round. He played short-stick midfield in his first two seasons in College Park before becoming a two-way midfielder.

DiMillo appeared in every game last season, scoring five goals and recording an assist. Through 11 games this season, DiMillo has already matched his 2017 goal total.

Kelly is the only player on the roster who has played in more games for the Terps than DiMillo.

The New York Lizards selected goalkeeper Dan Morris in the sixth round of the draft. Morris has lost four games in goal for the Terps the last two years.

Morris boasts a .542 save percentage and has started each of Maryland’s 11 games this season. He was also senior CLASS award finalist. The honor is given to Student-Athletes of the Year in nine NCAA sports.