College Park stoners rejoice! 4/20 is here, and you’re in a great place to celebrate 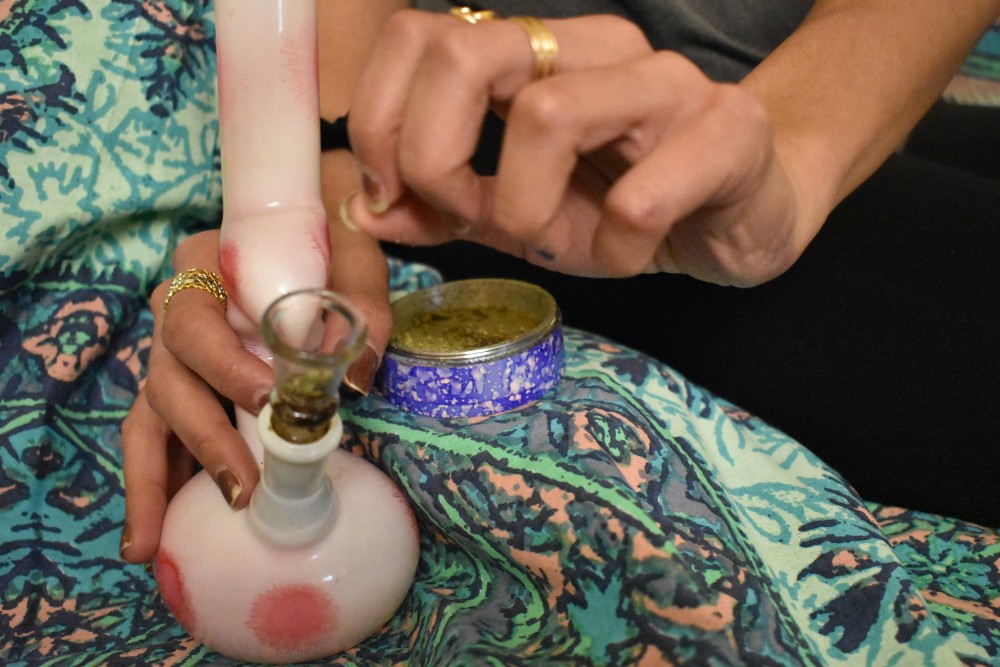 When John Strauss was a freshman in high school he thought negatively of marijuana. One night, standing in front of a movie theater with his friends and then-girlfriend, he decided to try it.

“One of the kids tore out a page of our script book and rolled a joint with it, and he was passing it around,” Strauss said. “My girlfriend was like, ‘Here, you should hit it,'” and so he did. He said he didn’t start regularly using weed until he was 16, when he started taking Advanced Placement courses.

This April 20th, the sophomore management major said he plans on eating a lot of food at one of the dining halls. He said the food there isn’t great, but it’s a “missed commodity” now that he lives off campus.

“Every food place when you get stoned is like a 10 out of 10,” Strauss said. “I can legitimately say that I would as much prefer to go to Pizza Boli’s or Slices as I would to [go to] Saladworks because of how amazing food is when you’re stoned.”

“I love the stoner culture at this school,” Chmiel said. “I’ve met some really cool people. I have a close group of friends I smoke with normally, but we do have friends of friends come over and it’s really cool meeting new people that way.”

Nathan Vaughan said he has about 20 friends he can regularly smoke weed with, and the first time he tried it was during his second semester at this university.

“People shit on marijuana because it’s like a ‘gateway drug,'” the sophomore economics major said, “But the reason I tried it was because I tried alcohol and I liked that, so I think alcohol is the real gateway drug.”

Vaughan likes to listen to music and go on walks when he’s stoned. For 4/20, he said he plans on eating an edible and going through about an eighth- or quarter-ounce of weed while “going out on the town” with his friends.

“This year for 4/20 I’m having an edibles party with my friends,” Chmiel said. “I plan on getting very high the entire day.”

Sophomore journalism major Meghan Thompson said she and her roommate are also planning on throwing a 4/20 party by getting all of their “best homies” together to celebrate.

“4/20 is awesome because it’s like a secret holiday, especially in college,” Thompson said. “It’s under wraps but everyone actually knows what’s happening. Stoner culture is dope but I don’t think that’s what makes me love smoking — I just think it makes me a better, happier person.”

Vaughan said students at this university are “so blessed” to have places like Washington, D.C., Baltimore and Annapolis nearby that students could take low-key day trips to for the holiday.

Max Skoglund, a sophomore anthropology major, said he thinks a lot of people use 4/20 as a chance to try weed for the first time, and he notices an influx in stoner culture around the holiday. He implored seasoned smokers to do more than just “get high as fuck” on Weed Day.

“Try something new or innovative on this special day and boost your creativity even more,” Skoglund said. “Don’t stuff yourself with junk food just because you feel obliged to. Make smart and healthy decisions when you’re high so that more people will see how it can be good for life.”