Review: Bazzi’s ‘Cosmic’ reveals the man behind the meme 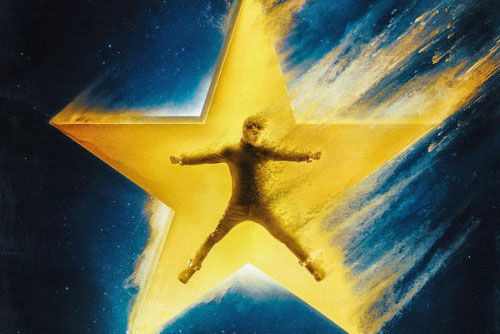 You might recognize Bazzi’s song “Mine” from the impact it had on meme culture a few months ago. Does the lovey-dovey “you so fuckin’ precious when you smile” ring a bell?

Bazzi’s debut album proves he has an ear for hits. Cosmic, released April 12, features 16 tracks, none longer than three minutes. All the songs ­— most of which involve a little rap and low-toned talk-singing — are masterfully simplistic and strikingly similar, but good nonetheless.

Bazzi’s Khalid-esque voice and masterful songs are a golden mixture for radio pop. Cosmic is not musically impressive, but it’s easy to listen to and over before you know it.

The brevity of his music makes it stand out — his style keeps the songs from feeling drawn out or repetitive.

Bazzi’s lyrics are consistently corny but memorable. His unexceptional vocal range makes it easy to involuntarily sing along to songs such as “Soarin” and “Star.” Most tracks are about common, relatable themes like relationships, love and sex.

The production on the album is catchy and well-done. The dramatic pauses ­famously featured in “Mine” were frequently used throughout the album. “Myself” draws you in with a basic drumbeat followed by silence, a swift pick-up and then a striking high note introducing the chorus. It’s easily one of the best songs on the album.

“Mine” and the meme that featured it are like the bow around the package that is Cosmic. It’s a happy reminder of the wholesome tune that rocketed Bazzi to relevance in the first place — and it’s a pretty decent song. The romantic lyrics and inconsistent accompaniment are catchy, making it the kind of song people want to sing in their car in the summer.

“Gone” is one of Cosmic‘s better tracks. The beat is exciting, as the background sounds alternate between fast-paced and broken-up to create depth. The theme of partying is a refreshing break from the corny love songs on the rest of the album.

Bazzi frequently references drugs and drinking on the album, especially on the introspective track “Mirror,” which begins with a basic piano melody and the lyrics “Just gotta/ Clear my head a little bit.” The song gives depth to the pop singer, deviating from the shallow themes of his other tracks.

Bazzi’s lyrical focus on the simple aspects of love and relationships and the obvious hip-hop influence made Cosmic the kind of album anyone can bump. Many of the songs could be party favorites or radio hits, as long as they reach the right audience.