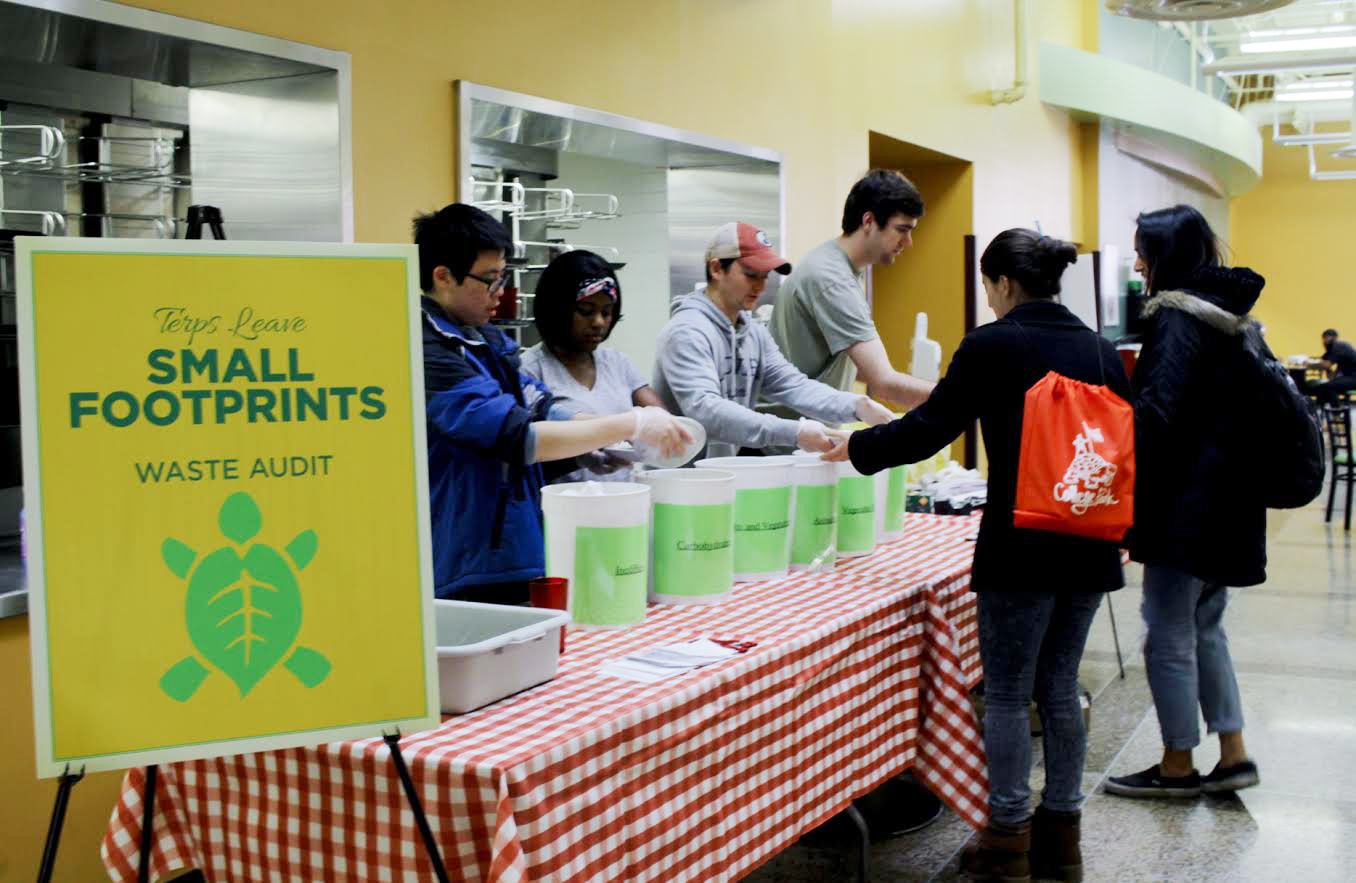 University of Maryland students are wasting less food at the dining halls on average compared to a year ago, according to a student-led food waste audit.

“When you have waste, you kinda just throw it in whatever [container] you can, out of sight, out of mind,” said Silverman, an environmental science and technology major. “We really have to start thinking about waste not just as the end of something, but that [the waste] has to go somewhere.”

The audit also found that nearly 30,000 gallons of water were wasted per night, the equivalent of supplying 55,000 children with clean drinking water per day, according to the analysis. The 2017 audit did not measure water waste.

Allison Tjaden, Dining Services assistant director of new initiatives, said that the implementation of Anytime Dining in fall 2016 has made food waste management at the dining halls “light-years ahead” of food waste management in the past because the switch reduced the use of disposable containers.

In 2012, the Natural Resources Defense Council reported that up to 40 percent of food in the United States goes uneaten, an average of 240 pounds per person every year.

One lunch period and two dinner periods were audited at each of the three dining halls, and a total of 24.5 hours were spent measuring about 840 pounds of total waste generated by almost 8500 students and faculty at the diner, according to the analysis.

During the food waste audits, food left on finished plates was sorted based on the following food types: fruits and vegetables, carbohydrates, animal products, vegetable proteins and inedibles. Surveys were also distributed at 251 North asking students to analyze their personal food waste and their thoughts on food waste at this university.

Silverman hopes to have a final, general campuswide waste report finished by the end of the semester, which will analyze the results of both food waste and general residence hall waste audits to present the findings to Facilities Management, Resident Life and Dining Services.

After participating in this year’s audit, sophomore materials science and engineering and music major Micah Tsoi said there needs to be more food waste awareness on the campus.

“The way that [students] particularly deal with their food goes all the way back to how they were raised,” Tsoi said. “Starting a campaign, starting awareness, is probably the best thing you can do, but I haven’t seen any of that.”