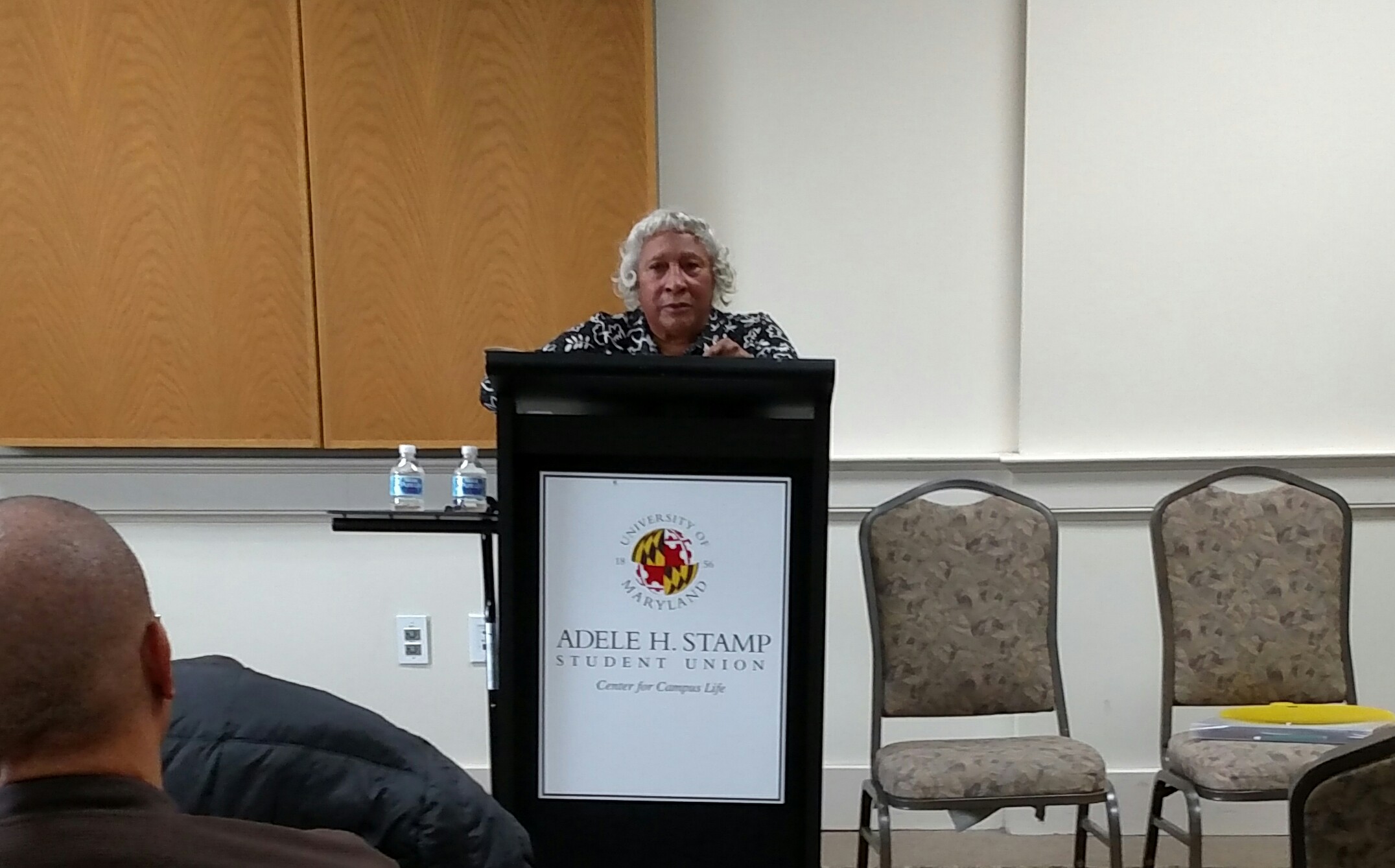 Helena Hicks, a civil rights activist and alumna of the University of Maryland, promised never to return to this campus after graduating in the 1980s.

On Friday in Stamp Student Union, Hicks, a Baltimore civil rights leader, shared her stories of segregation and activism during the Civil Rights Movement and her time at this university.

Hicks is known for participating in early sit-ins during the 1950s, which led to the desegregation of Read’s Drug Stores in Baltimore.

During the event, Hicks, 83, advocated for peace and justice as she discussed prominent women in the Civil Rights Movement, including Nina Simone, a famous singer and activist; Frances Murphy, an editor of The Afro American; and Ethel Lois Payne, a pioneering African-American journalist known as “the first lady of the black press.”

[Read more: A co-founder of the Black Panther Party urged a UMD crowd to be more politically active]

She emphasized the contributions of these women to the activist movements, both past and present, as well as the struggles of racism and sexism.

“You make people respect you,” Hicks said. “Women have to do that. … You don’t need people who don’t respect you.”

Hicks also shared stories of her experience with racism at this university in the 1980s. A member of her doctoral review board, she said, refused to read her dissertation because she was black.

“I try to forget all that the University of Maryland did to me,” Hicks said. “I can forgive you for segregation if you can forgive me for being black.”

Despite these accomplishments, Hicks emphasized throughout her presentation that segregation has not disappeared.

“The end is not in sight. I don’t think people understand that,” Hicks said.

Senior government and politics major Rachel Mural said she found this discussion to be very powerful, citing how relevant these issues still are in society.

The Bahá’í Club, which represents students of the Bahá’í faith, organized this event, as their religion teaches the oneness of all religions and promotes peace and justice.

Radiance Talley, the president of the club, said the group wanted to host the event because of its commitment to social justice.

“I hope people get … inspired to make a difference and become more active in their community,” the junior communication major said. “We need more people to stand up for what’s right.”

Wilfried Goli, a Hyattsville resident, said he attended the discussion because of his Bahá’í faith and connection with the club. Though he said he’s already involved in service and advocacy, this event has inspired him to continue his work.

Goli also said he was particularly impressed with Hicks’ attitude toward self-improvement.

“She didn’t need anybody else to come help her,” Goli said. “She started movements and everything else on her own.”