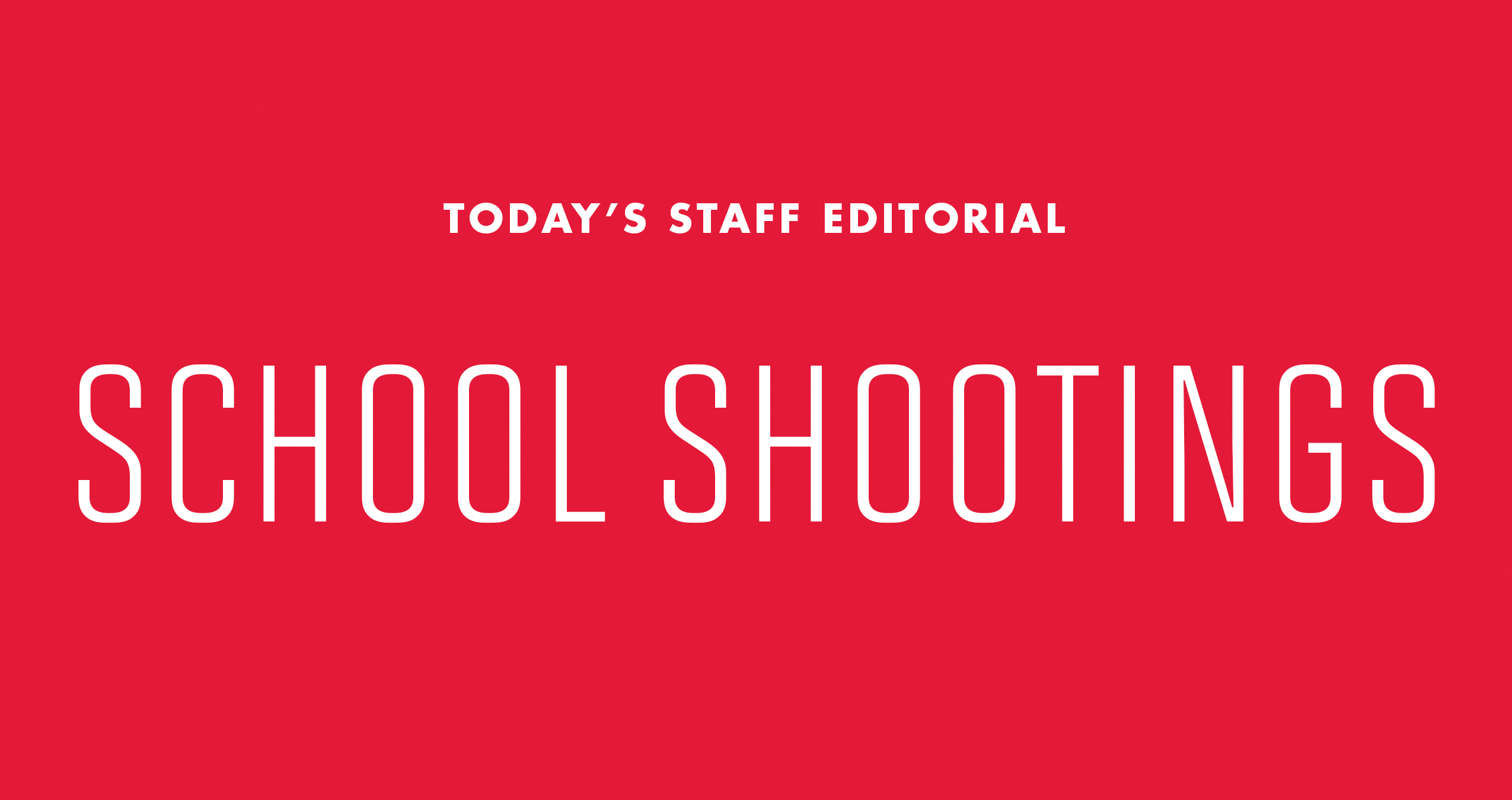 The United States is awash with guns, which means it is also awash with gun crimes. In 2016, there were 3.85 violent gun deaths per 100,000 U.S. residents, far more than in virtually any other developed country. Maryland is not immune: According to USA Today, this state ranks 32nd in the nation in firearm deaths per capita. Last week’s shooting at Great Mills High School was just the latest manifestation of this plague on our society, when two students were shot, one fatally, as well as the shooter, who was killed after an exchange with a police officer.

As school shootings have captured the country’s attention, many see school security as a pressing issue. Schools in Carroll County will soon have an increased police presence, and Maryland legislators are debating a bill that would allow school boards to arm teachers. Gov. Larry Hogan has proposed a $125 million project to reinforce school doors, add panic buttons and implement other school security measures.

This approach is misguided — partially because research shows police officers and armed teachers aren’t likely to make schools safer, but primarily because it ultimately won’t solve the root issue. Restrictions like these are focused on the symptom that is school shootings, rather than the broader disease of gun violence. Students aren’t behind a desk 24 hours a day, seven days a week; making their school more secure does nothing to protect them when they’re somewhere else.

We need not look far to see the shortcomings of school security. Baltimore’s Excel Academy has metal detectors and brick walls, making it a sanctuary for its students. But they still live in a city where 299 shooting homicides were reported last year, and they still feel the trauma of gun violence throughout their lives. What good is it for these students to feel safe in their classrooms when they can die at any second outside it?

In the Great Mills shooting, the suspected gunman died after the school resource officer intervened. It’s tempting to think that with more security, the shooting wouldn’t have happened at all, but the facts behind the case suggest otherwise. The St. Mary’s County Sheriff’s Office said the suspect, 17-year-old Austin Rollins, had been in a relationship with one of the victims, 16-year-old Jaelynn Willey, and that it was most likely “not a random act of violence.” If Rollins harbored a grudge against Willey, he could’ve easily attacked her at another place without resource officers.

To prevent shootings like this, we should keep guns out of the hands of people like Rollins — and there could be an easy way to do that. Rollins’ father legally owned the gun used in the shooting, according to the sheriff’s office; Maryland residents aren’t allowed to leave loaded guns where children under 16 can take them, but since Rollins was 17, this didn’t apply to him. Expanding this law to cover 16- and 17-year-olds might have made Rollins’ father more careful with his gun storage, which could have averted the tragedy in the first place.

The state legislature is considering other bills restricting guns, including a “red flag law” that could force residents who are deemed dangerous to give up any firearms they own, and a bill that would make sure people convicted of domestic violence don’t have guns. These measures — which have passed the House of Delegates and have Hogan’s support — would go a long way toward combatting gun violence in all places, just as they should.

Shootings are a blot on our country, regardless of where they take place, and we should do everything we can to prevent them. Maryland already has many common-sense restrictions on guns, but it’s clear more are needed. To stop a bad guy with a gun, we don’t need a metal detector, or an armed teacher, or even a school resource officer. We just need to take the gun away from him.