No. 4 Maryland women’s lacrosse beats No. 3 James Madison, 15-12, in front of record crowd 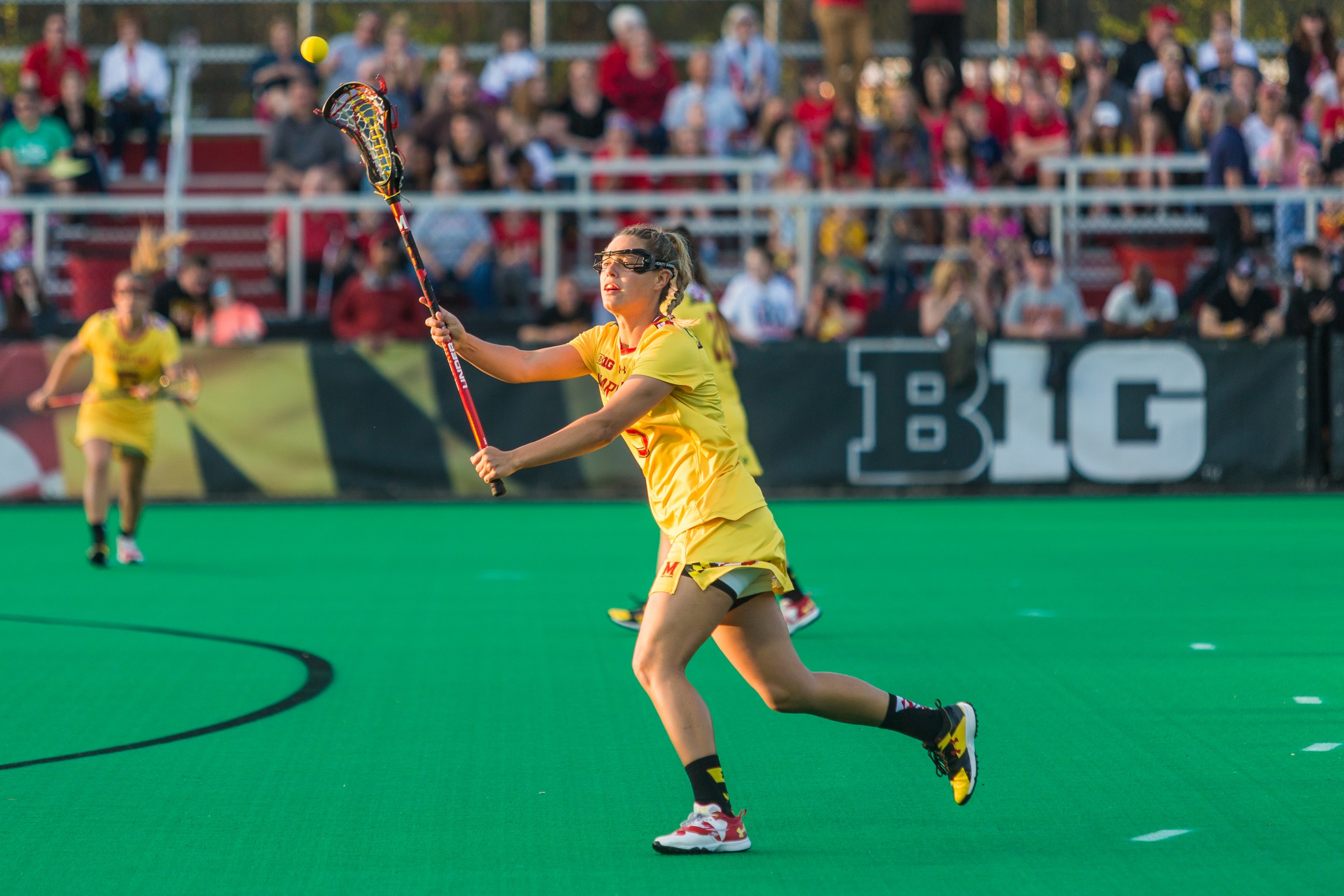 James Madison coach Shelley Klaes-Bawcombe called a timeout with a little over 12 minutes left in the first half of its matchup against Maryland women’s lacrosse. After watching a 3-3 tie turn into a 6-3 Maryland lead, the largest advantage of the game to that point, Klaes-Bawcombe knew the No. 3 Dukes’ undefeated record and best start since 1988 was in danger.

James Madison never came closer than two goals the rest of the way, and Maryland won, 15-12, in front of 2,361 fans, the largest crowd in Field Hockey and Lacrosse Complex history.

Griffin’s breakout performance led the way for the Terps. The freshman scored four goals on four shots and notched one assist, ground ball and caused turnover.

“She’s such a talented player…When it her time [to shoot] she’s needs to be able to finish it,” coach Cathy Reese said. “And the same thing on our defense … I think she’s a phenomenal defender and so we’re trying to use her as much as we can out there on both ends of the field.”

Dukes attacker Kristen Gaudian responded to the Terps’ 4-0 run with two consecutive goals, but Maryland pulled away again to take a 9-5 lead into halftime.

Still, James Madison refused to go quietly, cutting Maryland’s six-goal lead to 14-12 with 6:35 remaining. The Terps’ defense locked down from there, however, and attacker Caroline Steele gave Maryland some breathing room with about two minutes left, scoring to make it 15-12.

“Once we were able to get that last look to Caroline and score that was … big momentum for us,” attacker Megan Whittle said. “It got a little dicey there, they’re a very physical team [with a] talented defense, but we were able to stick it out.”

The victory marked Maryland’s second consecutive win over a previously undefeated team, having knocked off Penn on Thursday. It was also the first time the Terps have faced a higher-ranked opponent since last February of last year, when No. 2 Maryland beat No. 1 North Carolina.

“This has been a big week for us … We’ve put in so much hard work and it’s so nice to have these two wins and we earned it,” Griffin said. “It’s just really building our momentum going forward.”