The new CDC director is a UMD School of Medicine professor 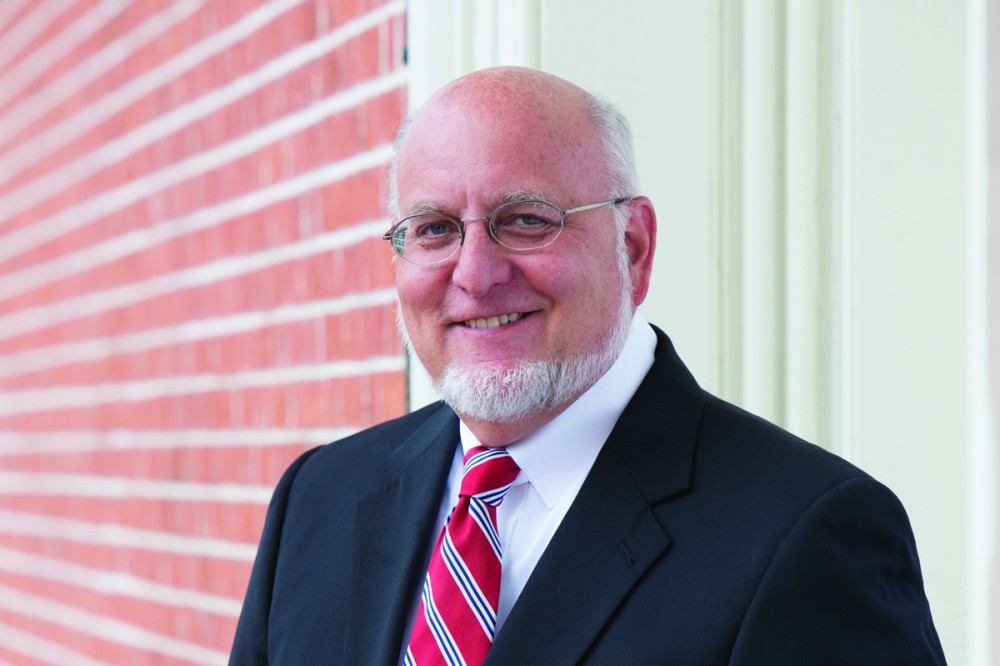 Dr. Robert Redfield, co-founder and associate director of the Institute of Human Virology at the University of Maryland School of Medicine, has been named director of the Centers for Disease Control and Prevention.

“Dr. Redfield has dedicated his entire life to promoting public health and providing compassionate care to his patients, and we are proud to welcome him as director of the world’s premier epidemiological agency,” Health and Human Services Secretary Alex Azar said in a statement.

At the IHV, Redfield runs an HIV treatment network for more than 6,000 patients in the Baltimore-Washington area, according to The Washington Post. He also oversees a program through the President’s Emergency Plan for AIDS Relief that provides care for more than 1.3 million patients in Africa and the Caribbean.

Redfield served on then-President George W. Bush’s Presidential Advisory Council on HIV/AIDS from 2005 to 2009, according to the Post.

“Above all, he is a dedicated and compassionate physician who truly cares about his patients and is deeply committed to ensuring patients receive the highest quality of care possible,” medical school dean E. Albert Reece, who has worked with Redfield since 2006, wrote in an email. “Anyone who knows or has worked with Dr. Redfield knows him to be a great public health advocate, an excellent researcher and one that has a life of dedication to public service.”

With a current annual salary of $645,676, Redfield will be taking a pay cut to join the agency, in which the maximum basic salary for director is usually about $190,000, The Post reported.

“He’s a very caring doctor who understands the needs of patients and has worked intimately with patients in Baltimore and around the world,” said former Maryland Lt. Gov. Kathleen Kennedy Townsend, who recruited Redfield to help create IHV in 1996. “He understands that patients not only need medicines, but support. They need people who believe in them and help them recover.”

Redfield has faced criticism from many observers, including the Center for Science in the Public Interest, a nonprofit watchdog group. Peter Lurie, the center’s president, said in a statement that Redfield’s appointment would be “disastrous.” Lurie wrote that Redfield has never led a government public health agency and that he also has a history of scientific misconduct.

“What one wants in a director of the Centers for Disease Control and Prevention is a scientist of impeccable scientific integrity,” the organization said in a statement. “What one would get in Robert Redfield is a sloppy scientist with a long history of scientific misconduct and an extreme religious agenda.”

Redfield came under fire in the 1980s for arguing the military should separate HIV-positive members and test all new recruits for the virus, according to CSPI.

In the 1990s, Redfield faced accusations of scientific misconduct over his handling of clinical trials for an experimental HIV vaccine, according to NPR. Redfield denied these allegations, and the Army later cleared him of misconduct, although it did recognize there were “accuracy issues” with the trials he led, NPR reported.

Despite Redfield’s lack of experience running such an agency, Townsend said his treatment of AIDS patients in Baltimore makes him fit to lead the CDC.

“There’s controversy that goes back 25 years, and I think we should judge people on what they have done and how they made a difference in more recent years,” Townsend said. “To those who are against this decision, come to Baltimore and see what he has accomplished.”

The previous CDC director, Brenda Fitzgerald, resigned in January after reports that she had invested in tobacco and health care companies, which could have caused conflicts of interest.

A new head of IHV’s clinical care and research division has not yet been chosen, spokeswoman Nora Samaranayake said in an email.

Redfield did not respond to a request for comment.