Schools should be safe. More extreme security won’t ensure that. 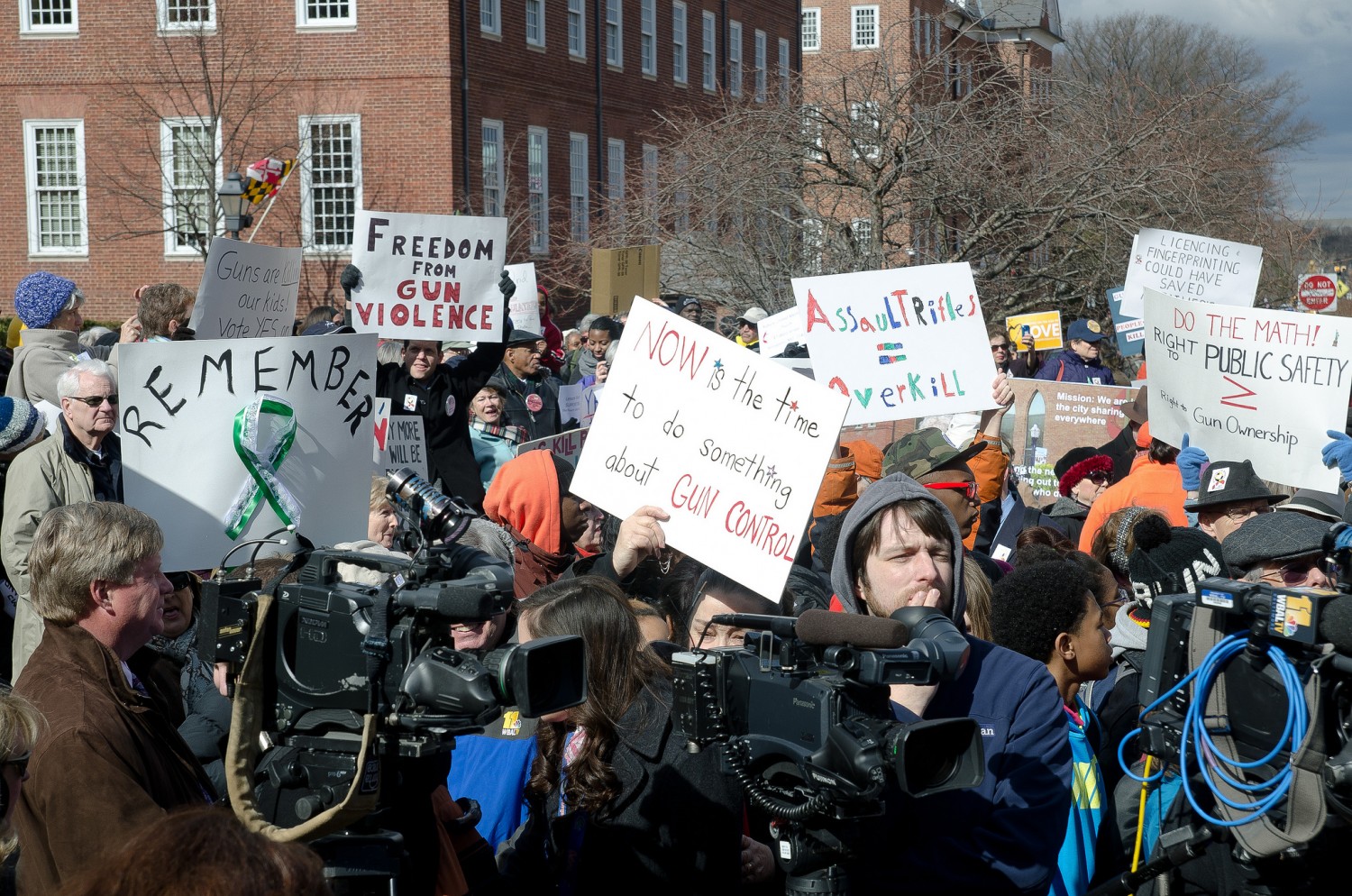 Despite some receiving warnings of consequences from administrators and teachers, thousands of students walked out of class on Wednesday to participate in the National Student Walkout.

For 17 minutes at 10 a.m., students across the country stood to honor the 17 lives lost on Feb. 14 in the Marjory Stoneman Douglas High School shooting in Parkland, Florida.

This demonstration grew from the shooting’s survivors’ own response, the March For Our Lives. The walkout comes amidst a cultural moment in which the role of guns in the United States has come under intense scrutiny, and calls for stricter gun regulations have reached a critical point.

State legislators across the country have reacted to questioning and demands from parents and students who want to know what will be done to improve the safety of their communities and schools. Some have suggested arming teachers and administrators, including President Trump. Others have proposed beefing up school security measures and safety standards.

On Feb. 28, Maryland Gov. Larry Hogan announced a plan to commit $125 million to bolster security in Maryland’s public schools. The plan prioritizes installing secure doors and windows, metal detectors, security cameras and panic buttons, according to a news release. Hogan also promised to commit an additional $50 million per year that could be used to hire and train armed school resource officers.

The push for school safety is warranted, but installing security measures such as metal detectors and panic buttons, and placing additional armed officers in public schools is nothing short of extreme. It should have never come to this point in the first place.

Turning our public schools into feature-light prisons is an evasion of the point. Students want to feel safe in their schools. Arming people students interact with every day and putting students into classrooms where the doors and windows are bulletproof sounds good on the surface, but it sends a very different message than the law’s noble but misguided intentions. Armed guards, metal detectors, panic buttons and security cameras are found in places where crime, violence and danger are expected to occur.

Instead of promoting the idea that students can enter their schools without fearing for their lives, enhanced security measures tell students they’re not safe and their days in class should be spent expecting the worst. In fact, we’re surrounding students with more of the very problem that prompted this entire debate in the first place — guns.

School safety measures often attempt to skirt around gun control debates by generalizing the issues they’re attempting to affect. It doesn’t change how painfully transparent it is that these measures have been spurred by increasing gun violence.

While Hogan has stated publicly that he supports “red flag” legislation, universal background checks, bump stock bans and clarifications to laws prohibiting domestic abusers from obtaining firearms, he maintains an A-minus rating from the National Rifle Association. According to The Baltimore Sun, Maryland state senator [and 2018 gubernatorial candidate] Rich Madaleno believes Hogan’s position on gun regulations has evolved as a result of the upcoming election: “It’s nice that the governor is finally getting on board with gun violence prevention after three and a half years. The kids of Florida and the kids of Maryland are finally starting to scare him into action.”

Hogan also opposed Maryland’s assault weapons ban, passed in 2013, when he was a candidate.

None of this is to mention the seemingly random conjuration of funds to improve school safety and arm teachers around the country — money that could be better put to use by improving teacher salaries and supplies. Teachers don’t want guns. They want pencils. They want books. They want better opportunities for their students.

The narrative that “the only way to stop a bad guy with a gun is with a good guy with a gun” avoids the fact that the “bad guy with a gun” shouldn’t have had it in the first place. Schools should be places of safety, and yet no one in power is arguing against the idea. But at what point do we direct our national attention to the real problem and stop deflecting?

Blaine Hoffman is a junior enrolled in letters and sciences. He can be reached at bmatthoffman@gmail.com