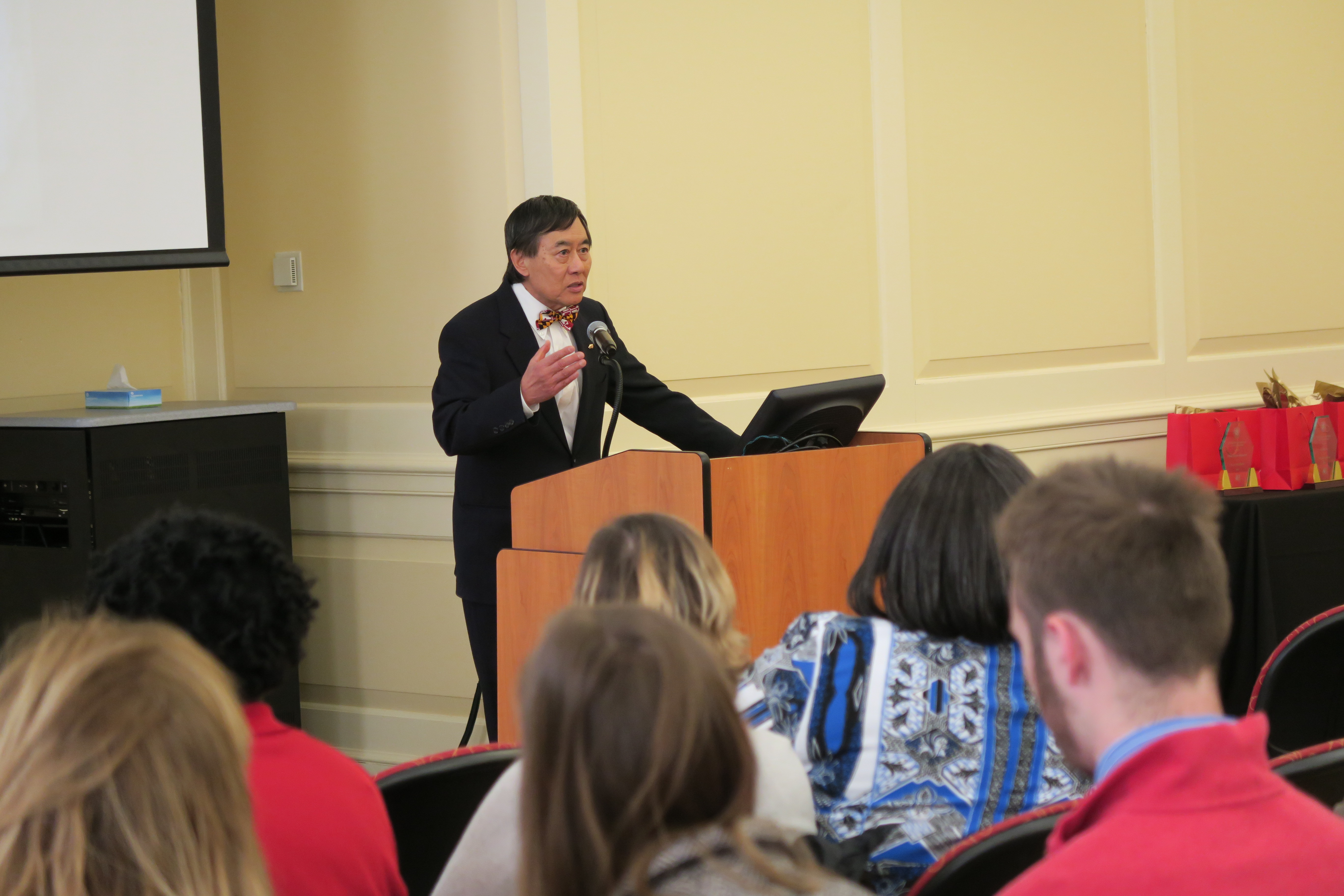 The President’s Commission on Women’s Issues held an annual celebration honoring women at the University of Maryland as well as discussing this university’s history of female faculty and staff.

Ellin Scholnick, who serves as chair of the commission, organized the event, which also highlighted women’s work for cases in sexual harassment and community outreach.

“It’s been a cause of mine for a very long time. … I was aware of the underrepresentation of women in power in the university,” Scholnick said. “So the opportunity to work with women making changes has meant a great deal to me.”

The event also included several panelists: Claire Moses, a former women’s studies professor, and Vivian Boyd, the Counseling Center’s director emeritus. Both discussed the desegregation of campus and the incorporation of women as faculty members.

“Thinking about what’s going on in our world today, I have often thought if we are going to be this shining city on a hill,” Boyd said. “We really need to be models of this university with the notion of inclusion.”

Moses said the community of women she experienced in the 1970s was a sisterhood through feminist activists. Women were also separated in different parts of the university, she added.

During the event, university President Wallace Loh spoke before the recipients of the Women of Influence Awards were announced. The winners were recognized for their hard work and leadership when working with and for diverse university communities.

Six total female faculty, staff and students were recognized during the event. Some of the recipients include Tiffany Gaines Ekwueme, the assistant director for Housing Partnerships for Resident Life, and Chandra Turpen, a physics assistant research professor.

“Inclusion is simply who belongs in this university, in this society, and in America,” Loh said.

One of the award recipients, Nicole Coomber, who is a lecturer and associate director of the QUEST honors program, said this event is captivating to many women. Coomber was unable to attend this year’s event, but said she felt inspired after attending last year’s ceremony.

“When I heard women’s stories I [thought] ‘Wow I could be doing these things myself,'” she said. “I’ve taken on more of an opportunity to and set an example for women and represent to my female students especially but also to all my students of what women are capable of.”

Coomber also said she was “honored” and “excited” to receive an award this year, adding she hopes to work with the president’s commission to make “this campus inclusive for all kinds of women.”

Alex Smith, a 2017 alumnus of this university, said this event meant a lot to him, as one of his friends — junior mechanical engineering and kinesiology major Anna Packy — received an award. Packy serves as the Director of Outreach at the Society of Women Engineers at this university.

Packy was nominated for her inclusiveness with women in engineering. Smith said the field has improved with regards to women’s equality, but there’s still a long way to go.

“There are definitely areas of improvement and areas that are going the opposite direction,” Smith said. “Personally I think it’s kind of neutralizing it and keeping it from moving as forward as it could be.”

Megan Marshall, a physics doctoral student, also agreed that the movement for women in the workplace has been improving, especially since the #MeToo movement.

“It’s really important to recognize contributions of women given that a lot of time they are overlooked or overshadowed,” Marshall said. “Having an explicit time set aside to talk about women is really important and valuable.”