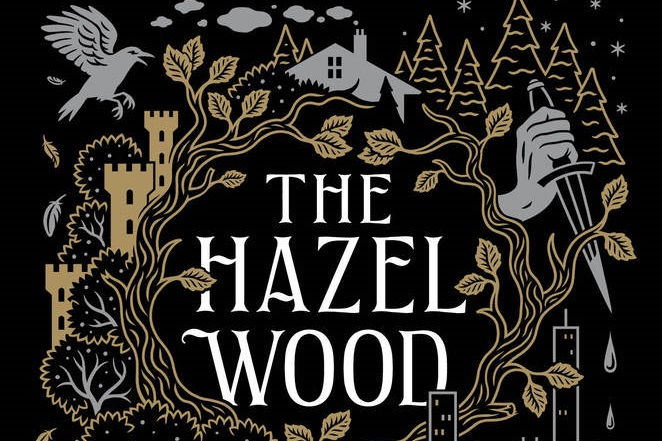 Sometimes, it’s better to know nothing about the book you’re reading. That way, you’re more eager to read it and it becomes a sin if you don’t.

The Hazel Wood by Melissa Albert is a strange but attractive hybrid of Alice in Wonderland and Black Mirror. A debut author, Albert does a wonderful job with not only her prose but her characters and the vibrantly creepy world of the Hinterland.

Considered a young adult novel, The Hazel Wood revolves around 17-year-old Alice Proserpine, who — along with her mother, Ella — is chased by bad luck. They live like nomads, and the weirdest part is that Alice’s grandmother, Althea Proserpine, is the reclusive but brilliant author of a dark collection of fairy tales that Alice unfortunately realizes are becoming all too real after the disappearance of her mother.

I don’t particularly love fairy tales, but this one caught me off-guard. While The Hazel Wood reads more like a fairy tale than an urban fantasy, I surprisingly gobbled it all up.

Speaking of which, it’s surprising that this is Albert’s debut novel. The Hazel Wood reads like her 10th book. She has a knack for captivating her readers with her simple yet elegant writing style and her ability to make suspense feel like horror.

Her characters are three-dimensional as well: Alice is a bit of a loner but still has friends, and struggles with anger issues, which she battles throughout the story; Ellery Finch is rich and knows it (but more out of habit than of snobbishness) with a trick up his sleeve; Ella is as mysterious as mothers can get and kind of neglectful, but not enough to make her a villain.

Even the non-humans are beautiful, too. Twice-killed Katherine and her bird cage, the redheaded man, Hansa the Traveler — they’re the kind of characters that you would see in a Tim Burton movie or a Neil Gaiman work of art.

The tales and the people, human and otherworldly, crawl under your skin like how the Other Mother from Coraline would, but at the same time, you can’t help but love them like you do the demon barber Sweeney Todd.

With YA novels, it’s often easy to fall into tropes, such as insta-love and sidekick characters. Although The Hazel Wood starts off checking some of the usual tropes, it suddenly does a complete 180, and all you can do is blink and say, “What?” Some parts near the middle are quite slow, but you continue reading because it’s tremendously difficult to not care about the characters, both good and bad.

I have to admit that I did see the ending coming. While The Hazel Wood is lush and beautiful and really, really weird, it’s also a YA fantasy novel that ends like every other. But I wasn’t disappointed about that. The book had enough twists and turns, endearing characters and a world that I may or may not want to live in (guilty as charged) that I’m already thinking about the movie adaptation.

Honestly, how awesome would it be if Tim Burton actually directed it?