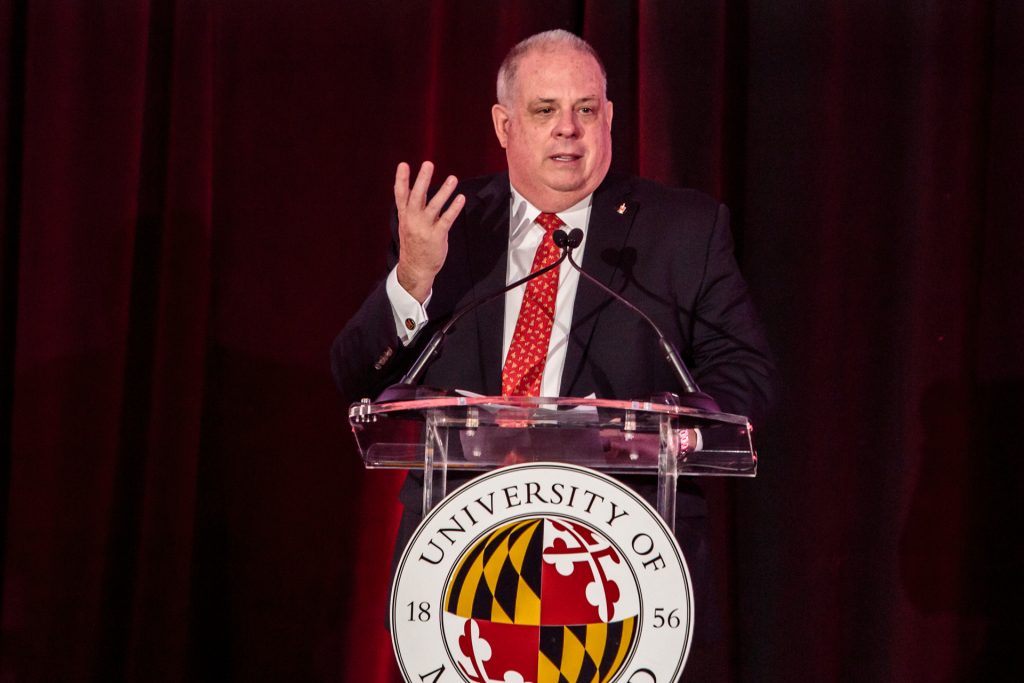 The governor’s announcement came two weeks after the mass shooting at Marjory Stoneman Douglas High School in Parkland, Florida, where 17 students and teachers were killed.

“There is no more important job than keeping our citizens safe, especially our children,” Hogan said. “In the wake of the horrific school shooting in Parkland, Florida, citizens here in our state and all across America want to know what government at all levels is doing to keep our children safe, and what we are collectively doing to stop gun violence and violent crime.”

The security improvements would be paid for from the estimated $450 million the state receives in casino revenue each year. These funds are often called “lockbox funding” — or money that is reserved for education spending only, he said.

There were more than 300 school resource officers in Maryland schools at the beginning of the 2016-17 school year, according to the Maryland Association of School Resource Officers. These officers are responsible for crime prevention and maintaining school safety.

An armed school resource officer was stationed outside Marjory Stoneman Douglas High School on the day of the Parkland shooting, but according to reports, the officer remained outside the school and did not engage the shooter.

In the press release, Hogan also announced a $5 million budget increase for the Maryland Center for School Safety — an increase of 600 percent. The center was established in 2013 following the Sandy Hook shooting to provide training and guidance for schools to keep them safe in the event of a shooting.

Part of the center’s budget increase would go to hiring analysts to monitor social media and identify potential threats before they happen, the governor said. In the five years since it was created, the center has helped pass legislation to improve evacuation procedures at schools and conducted site visits to ensure that school safety guidelines are being followed.

Hogan told The Baltimore Sun that Maryland was “ahead of the curve” on gun control laws. But two Democratic gubernatorial candidates, state Sen. Rich Madaleno and Baltimore County Executive Kevin Kamenetz, were not impressed with Hogan’s announcement.

“It’s nice that the governor is finally getting on board with gun violence prevention after three and a half years,” Madaleno told The Sun.

Kamenetz, referring to Hogan’s opposition to the 2013 assault weapons ban when Hogan was a gubernatorial candidate four years ago, tweeted, “We are ‘ahead of the curve’ despite you, not because of you.”

Despite supporting several pieces of legislation including a bump stock ban and a “red flag” bill that would take guns away from individuals who are deemed a danger to themselves or others, Hogan voiced skepticism about the link between gun control and crime.

“Before I took office, Maryland already had some of the toughest gun laws in America,” Hogan told The Sun last month. “But that didn’t stop 343 people from being gunned down and killed in Baltimore City last year, because criminals don’t usually follow gun laws, or murder laws, or drug laws.”