Weird Al’s ‘The Hamilton Polka’ is the newest Hamildrop 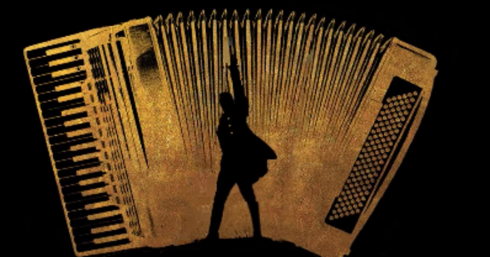 If you didn’t already know, Hamilton is a pretty popular musical. The Tony Award-winning show is continuing its reign into 2018 ­— almost three years after its Broadway debut — by releasing new content related to the musical in a series called Hamildrops.

According to the Hamildrops website, one new song is being released every month of 2018, although the first song, “Ben Franklin’s Song” by the Decemberists, was released in December. That was followed by a remix of “Wrote My Way Out,” featuring Royce Da 5’9″, Joyner Lucas, Black Thought and Aloe Blacc. Both songs are available on most streaming services and YouTube.

In March, “Weird Al” Yankovic released a polka cover of several of the musical’s famous numbers in “The Hamilton Polka.” In case you’re not well-informed about Weird Al’s traditions, in almost all of his albums, he releases one polka medley of some of the most popular songs from the previous few years. These medleys are played on his accordion and often accompanied by goofy sound effects.

This is Yankovic’s 13th polka medley. After winning the Grammy Award for Best Comedy Album in 2015, Yankovic said he would probably not release any more albums, explaining that he wanted his parodies to seem timelier. Instead of waiting to release an entire album of songs, he can now stream them as soon as he is finished recording.

“The Hamilton Polka” is Yankovic’s first song since his Grammy Award-winning album “Mandatory Fun” — arguably his best ever — and the first single he’s released since his parody of Lady Gaga’s “Born this Way” in 2011.

Yankovic has just started his “Ridiculously Self-Indulgent, Ill-Advised Vanity Tour” of some of his original songs that he has never performed live. “The Hamilton Polka” is a perfect release to promote the tour and begin the next, album-free portion of his career.

The number one thing to be learned from this is that Weird Al can rap, fast, while performing several harmonizing vocals. On The Tonight Show, Yankovic said this is not a song he ever would perform live, so he wanted to make it “impossible.” The song is silly, fun and an interesting new way to listen to some of the musical’s most popular and memorable numbers.

The best part of it all is that Hamilton creator Lin-Manuel Miranda is a self-proclaimed Weird Al nerd. Miranda’s wife recorded a video of his reaction to his initial listen to “The Hamilton Polka.” Jimmy Fallon is also a huge Weird Al fan, and the two have nerded out on Fallon’s show before, lip-syncing to “Polka Party,” one of Yankovic’s older polka medleys.

The three were united on The Tonight Show to promote Hamildrops and Yankovic’s tour, before they all lip-synced a portion of “The Hamilton Polka.” It’s a strange video, but a must-see for fans of any of the three performers. It’s also worth a watch to get an idea of the polka medley genre, Hamildrops and to see which familiar songs Yankovic used.

Right now the Hamildrops website says to look for new releases in each month of 2018, but there are only slots for March and April on the page. Each new song is available with links to listen.