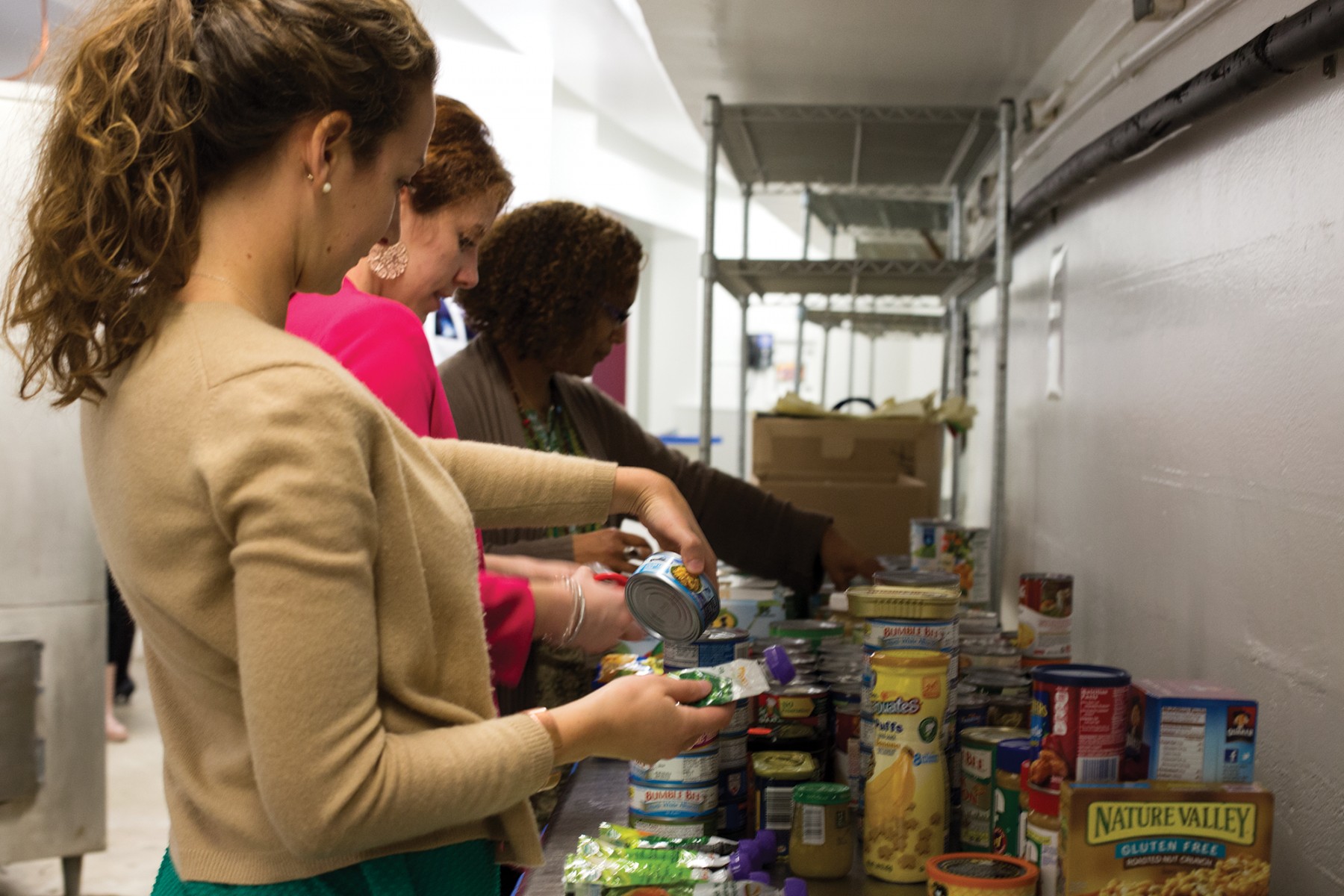 Roughly one in five University of Maryland students reported struggling with food insecurity, according to a Counseling Center study, the results of which were presented Wednesday.

The ongoing study, conducted by Counseling Center Research Director Yu-Wei Wang and graduate research assistant Leah Bush surveyed 4,901 undergraduate and graduate students at this university. Roughly 20 percent — about 980 students — said they were food insecure, which means they had a lack of access to sufficient and nutritious food.

Students who reported food insecurity were also likely to report poor health such as lower self-esteem, increased stress and depression, the study said. These students were also likely to report negative impacts of food insecurity on their academic careers, including failing assignments and exams, withdrawing from classes and potentially planning to withdraw from this university.

“We go throughout our days often satisfied,” said Counseling Center Director Sharon Kirkland-Gordon. “[This study] has led us to believe that there are students, when we walk by them, there’s somebody that’s hungry. One out of five.”

The study found that racial or ethnic minority students, first-generation college students, international students and students who live off the campus are among the groups more likely to report food insecurity. Students cited poverty and a lack of time as key factors that lead to food insecurity.

“Early in my graduate school experience, I went through incredible financial difficulty, a brief period of homelessness escaping domestic violence and limited access to food,” one graduate student said in the survey. “I cried most nights because I didn’t have enough money to make ends meet. Many people thought I was anorexic because I didn’t eat much, but there wasn’t food at home or time to go grocery shopping, let alone prepare food.”

Some coping strategies students reported using included eating unhealthy food, skipping meals and avoiding eating out with friends. They also discussed a fear of discrimination due to a lack of sufficient access to food.

“One of my friends was not able to afford food because she had to pay for next semester, but was afraid to spread her problems onto others because ‘You guys have more stuff to worry about than me,'” an undergraduate student reported. “Just letting students know that it’s OK and they’re not alone in the struggle would encourage more [students] to ask for help.”

Last year, a public health school pilot study surveyed 237 undergraduates at this university and revealed that 15 percent of respondents suffered from food insecurity.

After completing the survey portion of the study last fall, Wang and her research team are conducting qualitative interviews this semester on individual student experiences with food insecurity, Wang said, adding that the study has received a “surprising” amount of student response so far.

“In my 20 years of doing research, I’ve never seen something like this,” Wang said. “We have students who wrote paragraphs describing their experiences. … I do think that this is a concern, a problem, that a lot of students are facing.”

Participants proposed increasing university access to healthy food on the campus, enhancing awareness of and education on food insecurity and providing financial support for those suffering from a lack of access to food.

Dining Services, the University Health Center and the Maryland Parent and Family Association partnered with the Counseling Center to provide funding for the study, Wang said.

Dining Services Assistant Director Allison Tjaden stressed the importance of the Campus Pantry — which provides emergency food to university students, faculty and staff in need — in light of the new study’s conclusions. The pantry makes improvements each semester to further combat food insecurity, Tjaden said. This semester, students can schedule individual appointments to pick up food at the pantry.

“I really view the results of this study as a call to action for us in the Campus Pantry, in Dining Services, and in Student Affairs, but also for the entire campus community,” Tjaden said.

Sophomore dietetics major Daniel Kim, an intern at the Campus Pantry, believes spreading awareness of food insecurity is key to solving the issue.