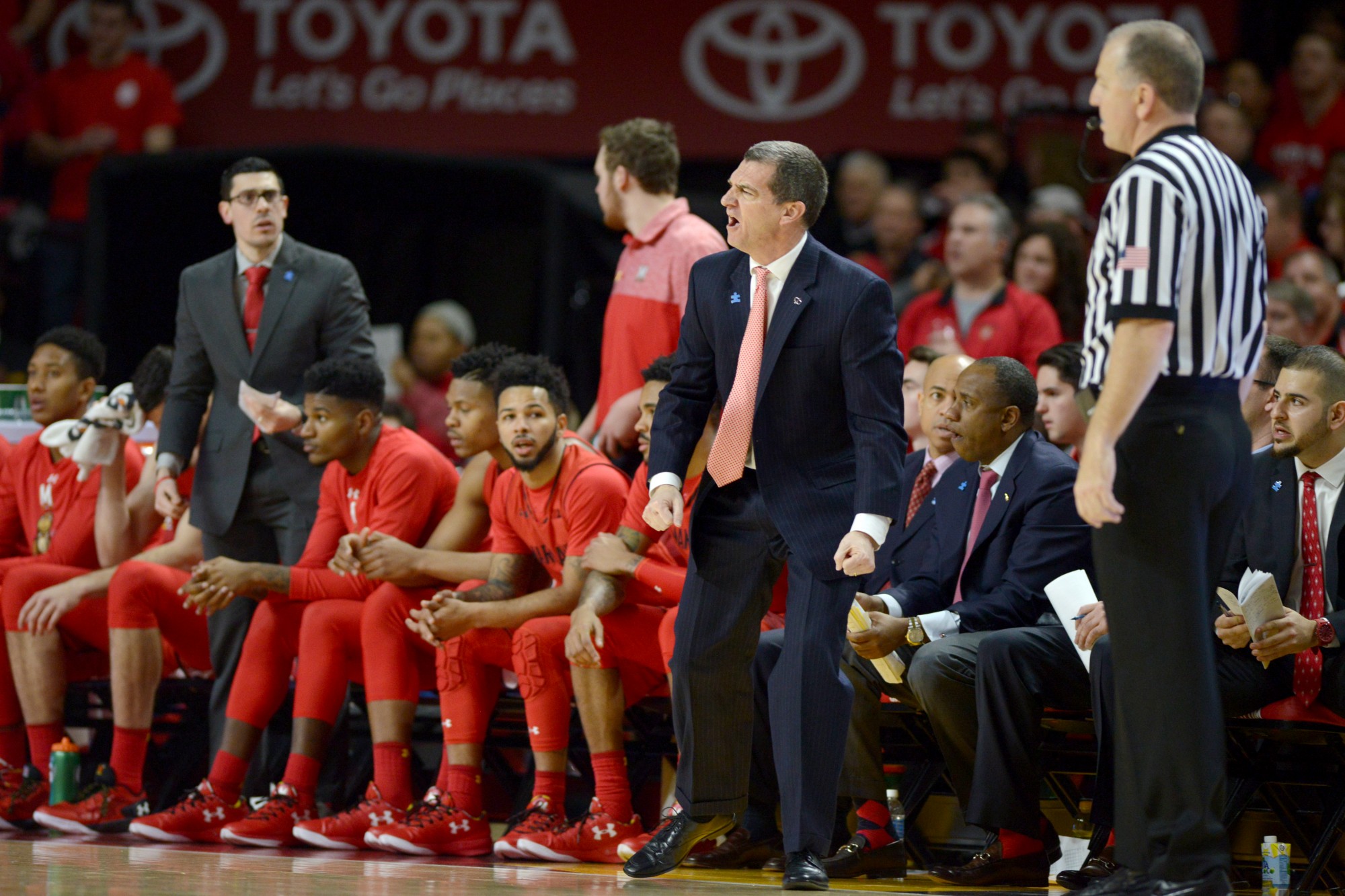 Minnesota was 0-13 in Big Ten play and 6-19 overall when Maryland paid a visit to “The Barn,” also known as Williams Arena. It’s worth noting the Terps were missing Diamond Stone, who was suspended, but they still had four of their regular five starters and were the sixth-best team in the country according to the AP Poll.

None of that mattered to Minnesota, who somehow managed to pull off the upset. The Gophers led by 11 at halftime and held onto to win by five. Despite the best efforts of Rasheed Sulaimon (28 points), Maryland suffered one of its most embarrassing losses in program history, and Minnesota players were able to walk around campus without feeling embarrassed.

While the Minnesota loss was particularly horrendous, the Terps never really coughed up a lead in that game — they were never ahead by more than three points. Now, if we want to talk blown leads, there’s probably not going to be much debate as to which one was the worst.

Maryland took a 13-point lead into halftime and then promptly squandered it, losing one of its most important games of the season. We already did a blog about the many missed opportunities in that loss, but reflecting on it again really hammers home how devastating that loss was.

Yeah, so this is not great pic.twitter.com/UJ5b7MYJJc

Worst end to the game

Maryland was plagued by a failure to win close games throughout the 2017-18 season. Perhaps no game epitomized that better than the Terps’ contest in Ann Arbor. It looked as if Kevin Huerter had hit the game-winner for the Terps when he nailed a three with 3.2 seconds left, but Maryland’s failure to guard the inbound meant the Wolverines came out on top. The thrill of victory and the agony of defeat.

In the Big Ten era, no Terp has shot more field goals without making any of them than Trimble in this game in Columbus. Trimble managed to avoid being shut out thanks to some free throws, but it was still a rather dreadful performance for him that night against the Buckeyes. It also didn’t help that Maryland lost by 24.

Worst arena to play in

Here’s a list of every of every road game Maryland has lost in Big Ten play. Only one school shows up three times. I bolded it. 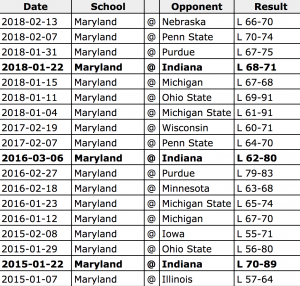 The Terps either get blown out or lose a squeaker when they travel to Bloomington. It remains the only Big Ten stadium where Maryland hasn’t won.