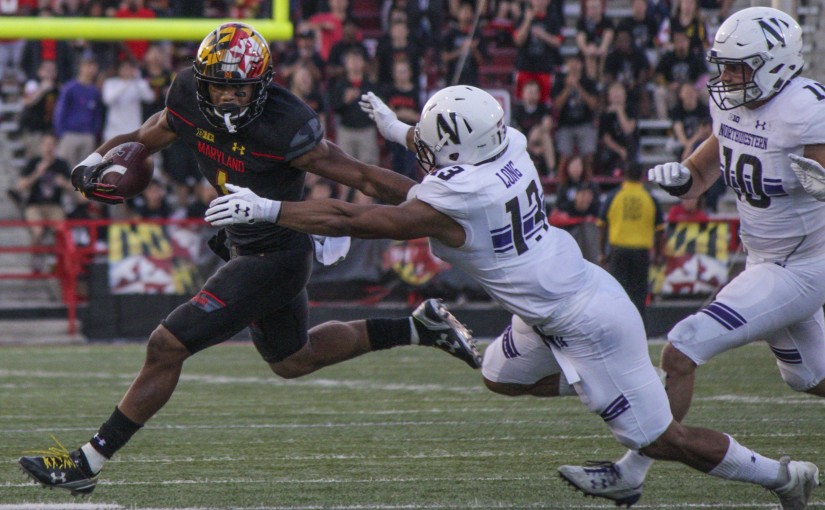 Back in December, DJ Moore announced he would forgo his senior season at Maryland and enter the NFL Draft.

It was hard to argue against Moore’s decision that he didn’t need a fourth season to prove he was qualified to go pro. He led the Big Ten in receptions and receiving yards as a junior, all while catching passes from four different quarterbacks. It was quite possibly the best single season from a wide receiver in Maryland history.

Now that the NFL Draft Combine is in full swing, Moore is continuing to prove he is ready for Sundays. He turned heads in the 40-yard dash Saturday, running a faster time than Stefon Diggs.

40-yard dash at the combine

Moore’s impressive time earned praise from people who played and worked with him last year. Maryland’s strength coach, Kyle Court, was one person to tweet about his former player.

Not surprised! A tremendous worker and a wonderful guy to coach! https://t.co/x6FnJ2HHWO

Of course, it wasn’t just coaches who showed love for Moore. Running back Lorenzo Harrison, who spent the last two years with Moore as key cogs in Maryland’s offense, predicted the wide receiver would be a first-round pick with a time that fast.

Meanwhile, Moore himself was pretty nonchalant about his performance.

While Moore’s 40 time got most of the attention, he also flashed his athleticism in the vertical jump and broad jump.

“I think he’s got a chance to be the No. 2 WR drafted.”@DJMoore1_ got after it in the vertical and broad jump today. ????: #NFLCombine LIVE on NFL Network pic.twitter.com/sgsqiLmVwg — NFL Network (@nflnetwork) March 3, 2018

He had the best broad jump for a receiver in the combine, leaping exactly 11 feet. He also reached 39.5 inches on the vertical jump, which was the second-best of all receivers who participated in it.

Based on his performance in the combine, it already looks like Moore will join Diggs and Torrey Smith as recent Maryland wideouts with successful NFL careers.