Review: Netflix’s ‘Everything Sucks’ only sucks a little 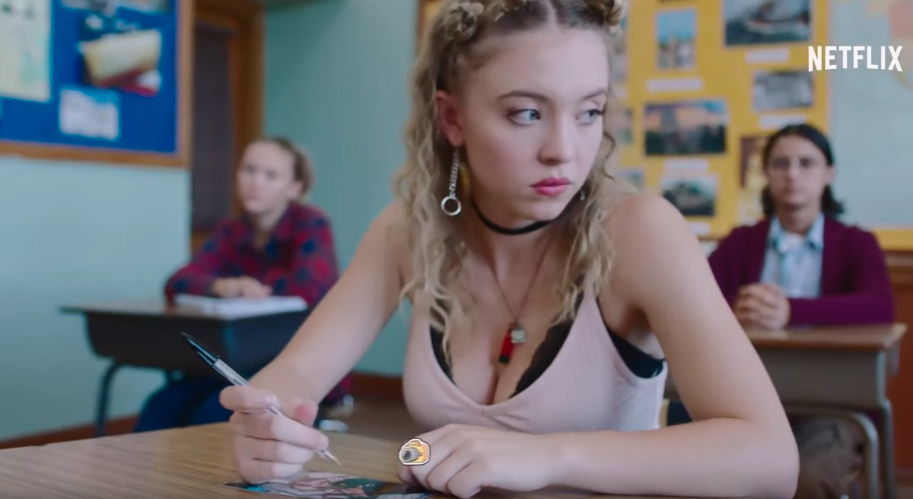 Netflix’s new original series, Everything Sucks, focuses on a group of misfit high school students in the ’90s in Boring, Oregon.

Yes, it sounds like a rip-off of Freaks and Geeks or an attempt to one-up Stranger Things without the supernatural element. But it’s so much more than that.

The first two episodes of the show were subpar, following every cliché in the book. The main group of friends, Luke (Jahi Winston), Tyler (Quinn Liebling) and McQuaid (Rio Mangini), are freshmen AV club nerds. Kate Messner (Peyton Kennedy) becomes the object of Luke’s affection almost immediately, and she happens to be the principal’s daughter!

But some nuances make the show special.

Luke and Kate both come from single-parent homes. When Luke was a child, his father left the family to move to Hollywood, and Kate’s mother died years before the show takes place.

Kate is coming to terms with being attracted to girls and coming out to her friends, family and peers. There’s an especially amazing scene where she rips down posters of Jonathan Taylor Thomas and other ’90s heartthrobs, replaces them with images of powerhouse women like Tori Amos and then attempts to pierce her own nose.

Tyler struggles with his education and has trouble reading seemingly basic sentences. McQuaid, the brainiac of the group, offers support to Tyler while struggling with expressing emotions, good or bad.

All of these personal stories tie into the students’ collective attempt to create a school movie, because the annual school play had to be cancelled — for reasons you can discover for yourself if you choose to watch.

Despite some awkwardness in dialogue and overplayed storylines, the cast members phenomenally embody their characters. None of the actors have had big roles in major projects before (per IMDB), which made their performances all the more impressive.

Everything Sucks takes a long time to become good. It starts out rough, but there are enough glimmers of hope to make you keep watching. By the end of the third episode, it’s impossible to look away.

The character development was strong and brought me back to the days of adjusting to high school life. The season didn’t tie off every storyline, but each of the main characters was a step closer to fulfillment and had a clear direction to go in for a potential second season.

The music on the show was incredible. Hits from the ’90s and more alternative tracks were constantly present. I couldn’t help but chuckle at Kate finding deep meaning in “Wonderwall” by Oasis and being enthralled by the music and fan base of Tori Amos.

Even though the show was ripe with clichés, it was entirely redeemed by investing in strong characters over a powerful storyline. It’s a deeply personal show that anyone could connect to; like most shows set in high school, there’s at least one character to match each typical character archetype.

Everything may suck in Boring, Oregon, but Everything Sucks capitalizes on that for a solid season of television.