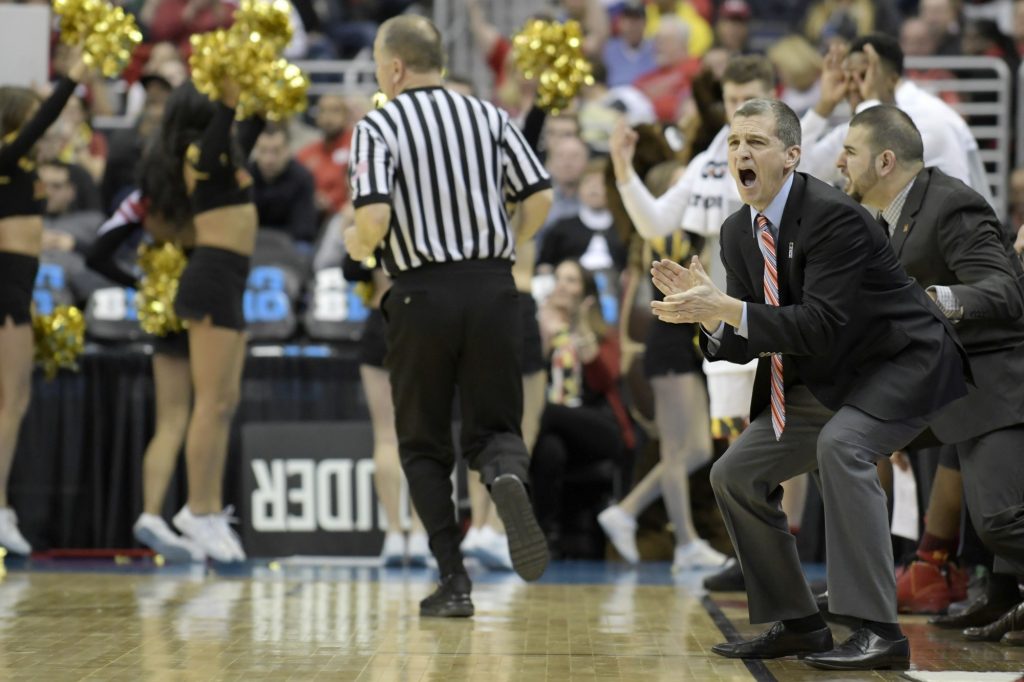 After Michigan blew out Maryland men’s basketball by 24 points Saturday, coach Mark Turgeon knew he needed to get more out of his shorthanded roster to win the Big Ten tournament.

So Turgeon treated practice Monday and Tuesday like the first days of the season, focusing on improving his team instead of adjusting to opponents’ schemes. Every player received chances to contribute, and the sessions were more intense than usual.

The Terps performed four-on-four half-court scrimmages that focused on defenders communicating and closing out shooters. Turgeon said he won’t form his defensive game plan until Wednesday, one day before No. 8-seed Maryland plays No. 9-seed Wisconsin in the second round of the tournament.

Maryland hopes the training pays off, as winning the Big Ten tournament in New York likely stands as the team’s only shot to make its fourth straight NCAA tournament.

“You hope it becomes magical,” Turgeon said. “You hope the guys play at least up to the way they’re capable of playing, but maybe a little bit more. Some guys step up and then the building gets a little electric for us. There’s no pressure on us.”

Turgeon said Maryland’s defeat Saturday was a wake-up call after the Terps had won three of their previous four games.

On Monday, Turgeon and guards Anthony Cowan and Kevin Huerter led a meeting to discuss staying positive. Cowan said Turgeon told players, “If you quit now, you’re going to quit in life at this type of time.”

“When we see [Turgeon] coming in and smiling and staying positive with us even through how crazy the season’s been,” Cowan said, “that makes us want to go even harder for him.”

One of the Terps’ most glaring issues is their depth, which will be tested this week if they beat Wisconsin to play No. 1-seed Michigan State the next day. Cowan and Huerter have scored 15.7 and 14.6 points per game, respectively, but forward Bruno Fernando is the only other healthy player who averages more than nine points per game.

The Terps also don’t have as much time to rest for the postseason as in past years, since the Big Ten scheduled its tournament one week earlier than usual to play it at Madison Square Garden. The Big East plays its tournament at the same venue next week.

Turgeon referenced Maryland’s late run during its win at Northwestern on Feb. 19 as an example of the complementary production the Terps need. Fernando and guards Darryl Morsell and Dion Wiley scored in the final five minutes.

“I don’t think we can preserve any energy in any game,” Morsell said. “We got to give it our all and make sure we win. Our coaching staff, trainers, [director of basketball performance] Kyle [Tarp] and everybody will make sure we’re well-rested and prepared for the next game, next day, if we continue to win.”

On top of their lack of depth, the Terps are 4-9 away from Xfinity Center and have gone a combined 2-3 in their three Big Ten tournaments.

Still, Turgeon and his players are optimistic they’ll be prepared Thursday.

The Terps’ energy in practice Monday and Tuesday is one reason Cowan believes the team is improving. Turgeon is expecting Maryland faithful to make the trip to New York, and he believes his players will be motivated by competing in one of the world’s most famous arenas.