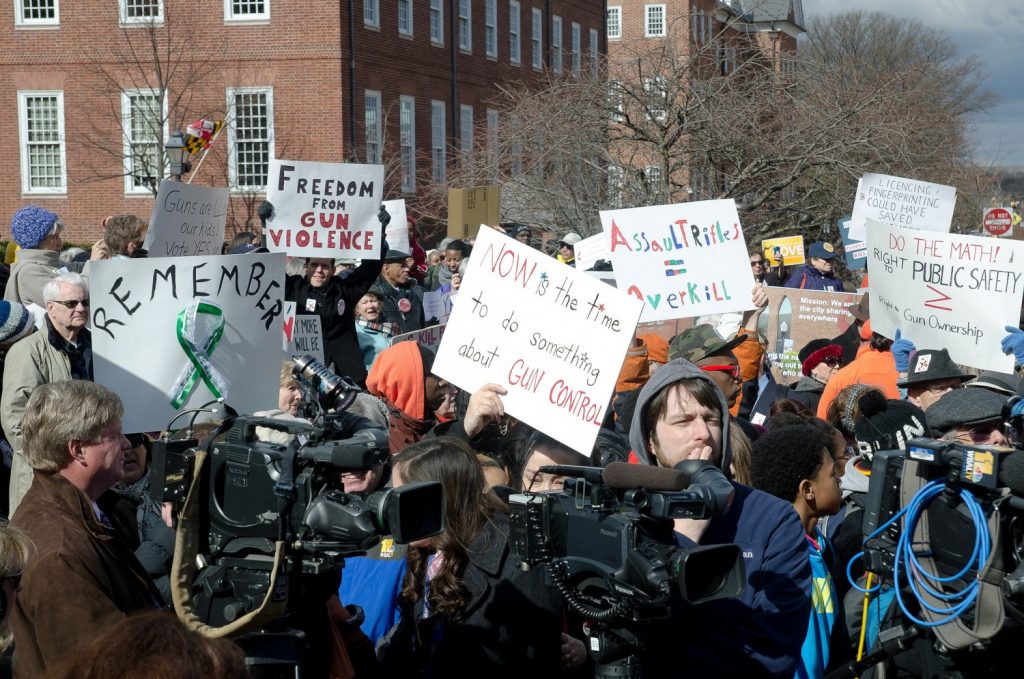 With every school shooting comes a call for gun control, and the atrocities in Parkland, Florida, last week were no different. It has become clear that the gun control debate will not be resolved in time to prevent more children from dying in school shootings. So, if the government continues to allow guns to fall into the hands of those unfit to carry them, perhaps we should go another route: metal detectors and other safety precautions at primary and secondary schools.

For anyone who thinks increased safety procedures in schools aren’t necessary, here are a few statistics. There have been eight school shootings in 2018 that have resulted in injury or death, and we aren’t even two months into the year. Since the 2012 Sandy Hook Elementary School massacre, more than 400 adults and children have been shot in school shootings.

Since the Columbine High School massacre in 1999, over 150,000 students have experienced a shooting at a primary or secondary school.

This is absurd, and it’s even more absurd that our government has not done anything to protect our nation’s children. These lives are indispensable; these students are the future of our country. Why aren’t we protecting them?

Yes, the preferred method of protection is gun control, but metal detectors in schools are the second best option. There are, of course, plenty of people opposed to this idea. Some think it will disrupt the school day because it takes time to screen every student and staff member each morning. Others say detectors are too costly to implement at schools across the country. Some are simply opposed because it creates a prison-like environment for students.

These are weak reasons to oppose a measure that could save hundreds of lives. Metal detectors would create a minuscule disturbance compared to the security they could provide. A prison-like environment is preferable to the years of trauma students face after experiencing a violent event at their school.

I know most schools cannot afford to install metal detectors for every door and hire personnel to staff them. It wouldn’t be fair for counties with more funding to have better protections for their students than lower-income counties. In Maryland, this would mean students in Talbot County would be much less safe than students in Worcester County. We cannot value one life more than another.

That means national and state governments must allocate funds equitably toward this expense. In the United States, we have metal detectors and security checks in museums, government buildings and airports, but not in all schools. It’s more than worth spending money on metal detectors and additional staff if it means reducing danger for our students.

There is another reason metal detectors are superior to having, for example, a system in which visitors have to sign in. I was lucky enough to never have experienced a school shooting at any of the public schools I attended, but I also know how easy it is for a stranger to walk into a school unnoticed. We had a system where visitors were supposed to sign in, but oftentimes entrances were unlocked and no one questioned an unfamiliar visitor.

Authorities say Nikolas Cruz, who was charged in last week’s shooting, entered Marjory Stoneman Douglas High School despite having been expelled from the school. He was known for violent and unpredictable behavior, and yet, no effective system prevented his entrance.

And while many schools have Code Red, Code Blue, Shelter-in-Place and Reunification procedures meant to prepare students and staff for a variety of emergency situations, their effectiveness is limited. On a college campus, there are many buildings to take shelter in and ways to escape an active shooter situation. In a primary or secondary school, there is often only one building, with limited exits and many students and staff in almost every room.

This nation’s students need more. They need protection, precautions and prevention. If government officials won’t reform gun laws, then do this: Invest in metal detectors, invest in increased protection for future generations. These lives are not dispensable — stop acting like they are.