UMD graduate students are struggling. Collective bargaining rights will give them a voice. 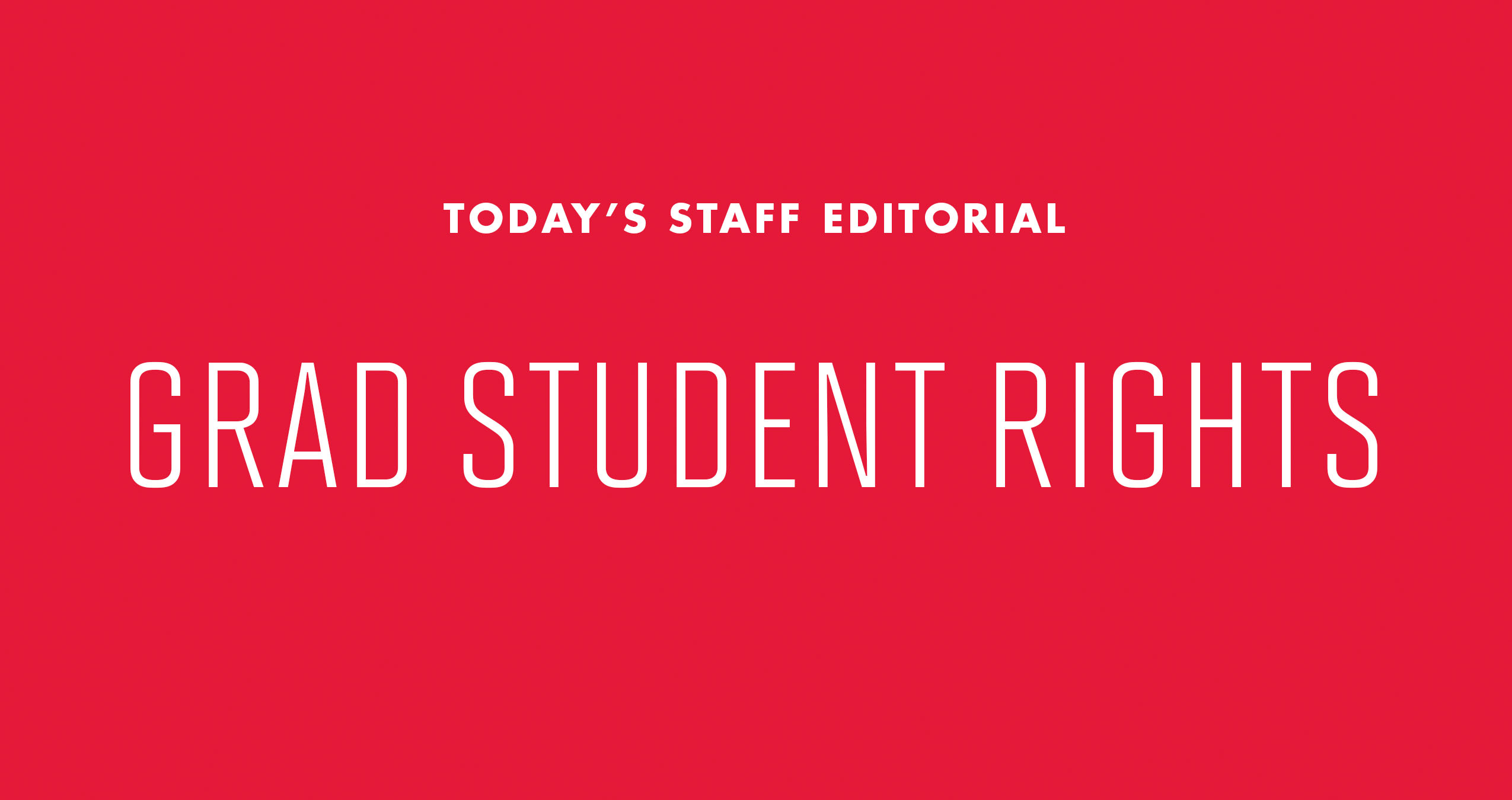 That graduate student workers at the University of Maryland lack financial security is evident to anyone paying attention. Survey after survey prove that teaching assistants, research assistants and other graduate workers are deprived of workplace power and adequate compensation. Now state lawmakers have an opportunity to give them the rights all workers are due. This editorial board urges them to take it.

[Read more: University of Maryland students are working to get collective bargaining rights]

Graduate compensation doesn’t meet any reasonable definition of livable pay — it barely even covers housing expenses. The only university-partnered housing for graduate students costs about $15,000 a year, and the minimum stipend for graduate assistants is $16,144.

These workers also don’t have the power to set reasonable limits on their hours. According to the graduate school, no full-time graduate employee should work more than 20 hours a week. However, a survey from the Graduate Assistant Advisory Committee found the average graduate student employee worked 27 hours a week.

But last Tuesday, the Maryland House Appropriations Committee held a hearing on a proposal by Del. Marc Korman (D-Montgomery) that could solve these problems and more. Unlike their counterparts at America’s private institutions, graduate workers at this university are not, in fact, considered employees. Korman’s proposal would change that. His bill, which Sen. Roger Manno (D-Montgomery) has introduced in the Senate, would grant collective bargaining rights to graduate students at University System of Maryland institutions.

This legislation could have a profound effect on graduate financial insecurity. Although the relationship between graduate collective bargaining and compensation isn’t definitive, a study by researchers from Cornell and Rutgers universities found that unionized graduate workers reported higher stipends and pay fairness than non-unionized workers.

Behind each story of workplace abuse is an institution that neglected to protect its employees. Collective action gives a vulnerable individual more power against a superior than they could have on their own. A graduate student employee union could serve as a bulwark against the abuse, obstruction and silence that have plagued institutions of higher lerarning across the country.

And Korman’s bill doesn’t just benefit graduate students. A university that treats its graduate students with dignity attracts talented scholars, who improve both its undergraduate education and global reputation. If we do nothing, this university risks losing talent to American University, which has a graduate union, as well as Georgetown and George Washington universities, which both have committed unionization efforts.

By opposing Korman’s bill, graduate school administration is perpetuating an injustice against the people who educate undergraduates and assist faculty, who in many ways are the foundation of this university. Describing why the graduate school’s recent survey didn’t discuss financial issues in its executive summary, Graduate School Assistant Dean Jeffrey Franke explained that “we all know” about the financial difficulties facing graduate students.

We agree. Enough ink has been spilled describing a system that denies workers the rights and dignities they deserve. This editorial board urges lawmakers to make the correct moral and economic choice for Maryland’s institutions of higher learning. Vote for Korman and Manno’s legislation. Graduate workers have waited far too long — they need and deserve relief.