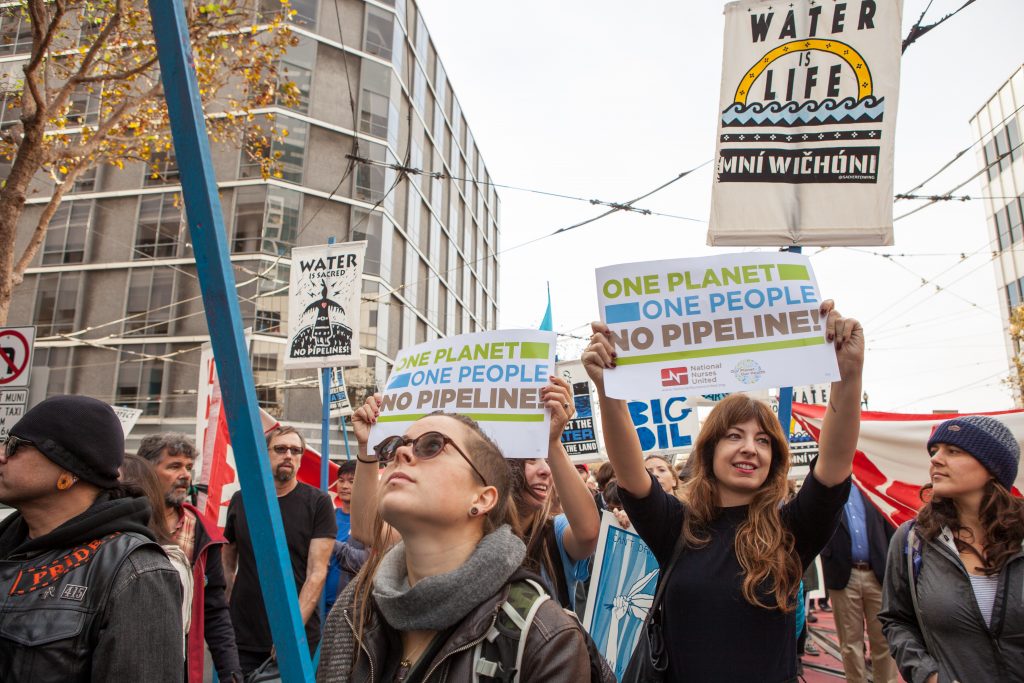 TransCanada, the same company that wants to build the Keystone XL pipeline for tar sands oil, is proposing a pipeline that would run through Maryland. The “Potomac pipeline,” officially known as the Eastern Panhandle Expansion Project, would transport natural gas beneath 3.5 miles of sensitive farmland and mountains in Maryland, the C&O Canal and the Potomac River and its tributaries. Environmental impact studies show that the Potomac pipeline has the potential to contaminate the drinking water of the millions of people in Washington, D.C., Maryland and Virginia whose water comes from the Potomac River.

TransCanada wants an easy way to transport its cheap gas from Pennsylvania to West Virginia, but its “solution” comes with too many health and environmental risks. While those of us who live and work in Maryland would love to have cheap energy powering our homes, we must understand that this cannot be the way we attain it.

The bigger picture is that burning fossil fuels — in this case, blowing through rock deep in the earth to transport gas via pipeline — is a proven way to deepen the detrimental effects of climate change across the planet. We must find another way. We must focus on other sources of energy wherever possible.

That said, even the short-term risks threatening the drinking water of Maryland residents should be enough for Gov. Hogan to realize the necessity of standing against the construction of this pipeline — preferably sooner rather than later. Hogan has the power to direct the Maryland Environment Department to deny a special water quality certification under the Clean Water Act.

But Hogan has not yet announced whether he will grant the permit for the pipeline — and if he fails to do so by March 15, the state loses jurisdiction over the issue. His silence is a tacit inclination to give the regulatory decision on the Potomac pipeline to President Trump and his staff.

The Trump administration supports big businesses like TransCanada, while its track record on issues like these — such as the Keystone XL pipeline — reveals total disregard for the negative environmental, social and health effects of its financially lucrative decisions.

The best response now is for the Hogan administration to do its due diligence and launch a full “401 certification” process under the Clean Water Act to investigate the issue and provide for a full public hearing, before ceding control on something so crucial to the well-being of the state. If Hogan defers to the federal government, he will be letting the White House decide whether this pipeline might negatively affect Maryland’s water supply. Given the Trump administration’s history, this means Hogan would essentially be giving TransCanada permission to disturb several miles of the state’s valuable natural landscape and potentially pollute its drinking water.

We must also remember that in 2017, the state of Maryland banned fracking, with Hogan’s support. But according to the Sierra Club, the natural gas transported in this pipeline would be obtained through fracking — essentially giving fracking proponents and business interests a back door to promote this destructive practice and allow it to potentially harm Maryland’s residents. Not only would this be hypocritical, it would also endanger the state.

The people of Maryland need their governor to consider their best interests, both short-term and long-term. Only by welcoming a full public “comment period” related to a 401 certification for water will the citizens be able to fully understand this pipeline’s full impacts and decide for themselves whether they want this to happen in their state. Hogan needs to use his considerable power to protect Marylanders by allowing the people directly affected by the pipeline project to weigh in on their own futures.

Sasha Tidwell is a junior environmental politics and policy major. He can be reached at sashatidwell@gmail.com.