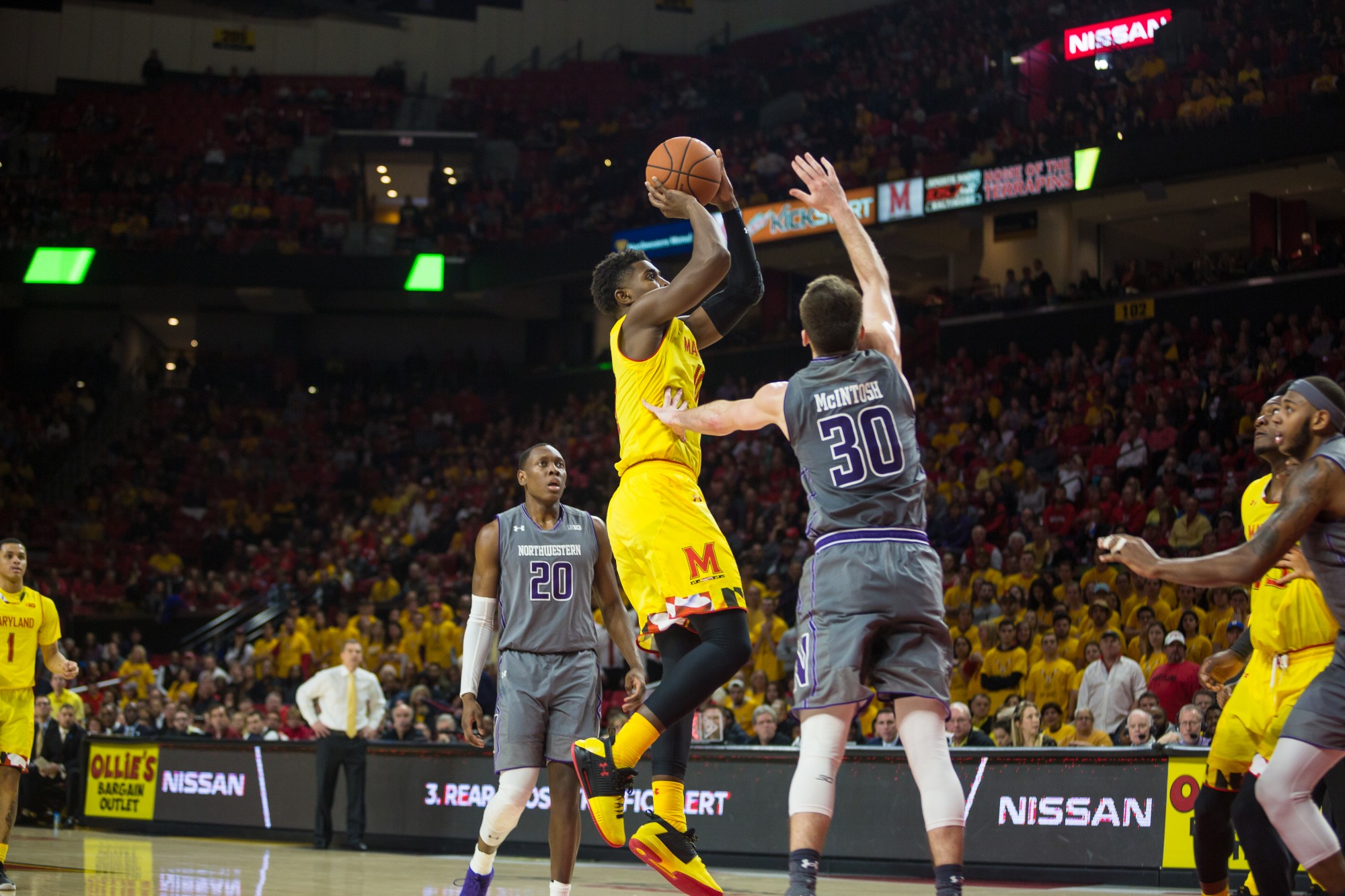 After the Maryland men’s basketball team failed to secure an offensive rebound in the first half of its 73-57 win over Northwestern on Saturday, coach Mark Turgeon begged his team to play more aggressively on the offensive glass.

Not only did guard Darryl Morsell respond with four second-half offensive rebounds, he also carried over Turgeon’s plea for toughness to other facets of the game. The freshman scored 10 of his 14 points in the second half and grabbed seven rebounds in the period to help the Terps hold off the Wildcats.

“That’s the Darryl we recruited,” Turgeon said. “You see his game evolving.”

Morsell is shooting 3-for-22 from beyond the arc this season, so his Big Ten defenders have played off him, giving him space to shoot on the perimeter.

But with Maryland’s big men battling injuries, the team is playing a four-guard lineup, so Morsell has the freedom to play down low as a four.

Morsell expanded his game Saturday by hitting a mid-range jump shot and a floater, but his most significant impact was his domination of the low block in the second half. The Baltimore native served as the catalyst needed to solve Maryland’s rebounding issues after Turgeon told his players they didn’t make much effort boxing out in their loss at Penn State on Wednesday.

With under four minutes remaining, guard Dion Wiley’s attempt clanked off the rim, but Morsell battled against two defenders to grab the rebound and finish a layup, one of his two putbacks against the Wildcats. He smiled as he backpedaled on defense and players on the Maryland bench flexed their muscles.

The sequence is also an example of the toughness Morsell prides himself on, which he developed growing up as a forward in basketball in addition to playing football.

“Since he got here over the summer, he’s a tenacious player,” Wiley said. “He’s from Baltimore, so they breed tough players. He’s just really tough around the rim.”

Morsell never gives up on a play pic.twitter.com/8T5515xeyP

Turgeon hasn’t slotted Morsell at point guard this season — guard Anthony Cowan averages 36.7 minutes per game, the most in the Big Ten — but he also flashed his potential as a passer Saturday.

Morsell drew defenders on drives and passed to shooters, helping Maryland shoot 53 percent from the field.

His presence in the paint was more crucial, though, especially with center Michal Cekovsky easing back from his left heel injury. Morsell is limited on the perimeter, but Cowan believes Maryland will be hard to beat in its final four regular-season games if Morsell continues to control the paint.

“That’s exactly what we need from Darryl,” Cowan said.