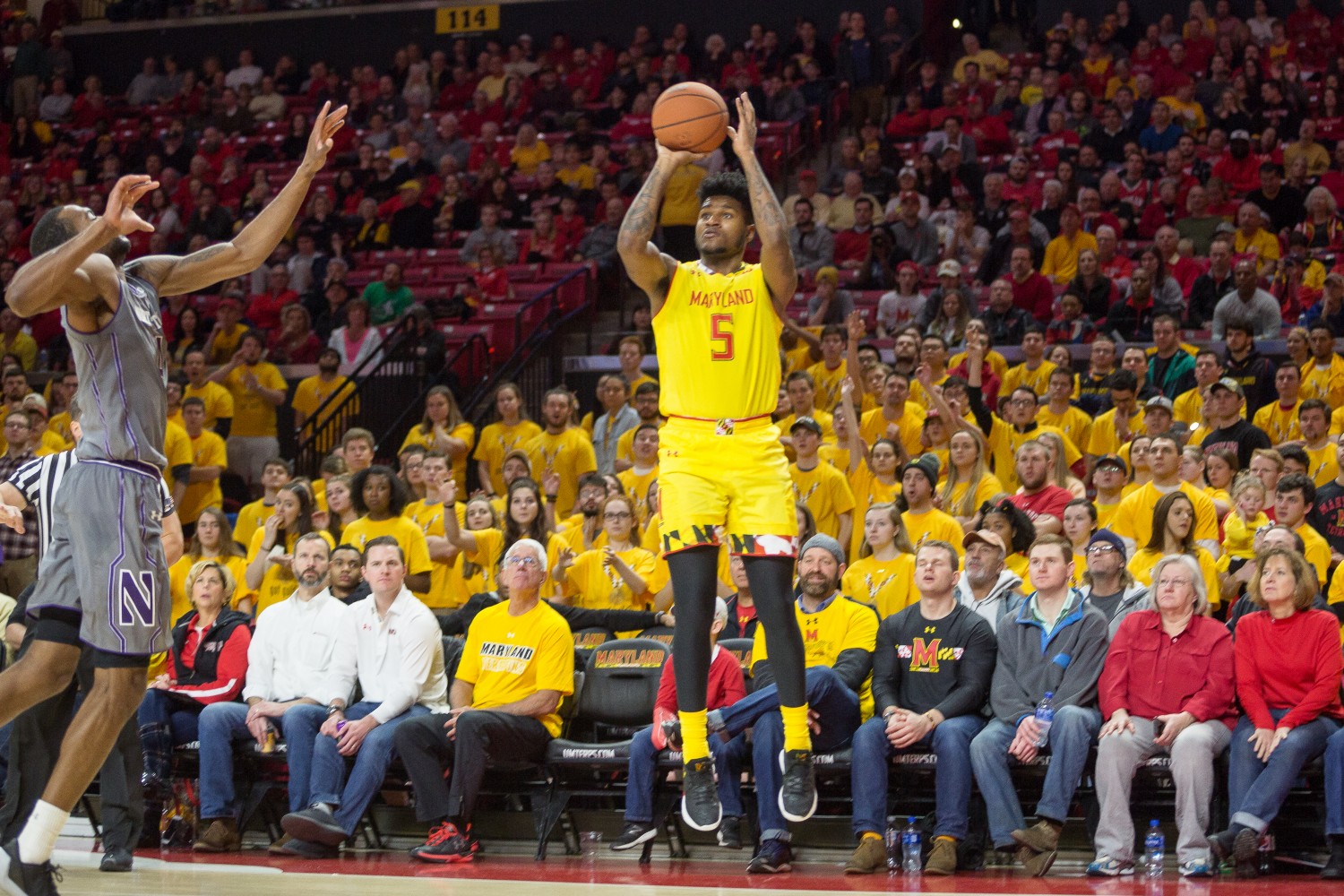 During the Maryland men’s basketball team’s film session Thursday after its loss at Penn State the day before, coach Mark Turgeon called out guard Dion Wiley.

Wiley scored six points in 23 minutes against the Nittany Lions, and a personal foul was the only other statistic tallied on his box score.

“At least turn the ball over or something to get into the stat sheet,” Turgeon told Wiley.

Wiley responded with one of the best all-around games of his career in Maryland’s 73-57 win over Northwestern on Saturday afternoon. He recorded 10 points, five rebounds and four assists while playing stingy defense.

“[Turgeon’s comments] might have lit a fire under Dion a little bit,” guard Anthony Cowan said. “We need him to play like he did today, so hopefully that gives him more confidence going into the next game.”

Wiley has struggled to make a difference in Big Ten play, scoring in double digits during just one of the 11 conference games he played before Saturday. The redshirt junior missed two Big Ten contests due to a concussion.

But not only did Wiley find his shooting stroke Saturday — connecting on 2 of his 4 three-point attempts — the 6-foot-4, 210-pound guard also made a difference in other areas.

The Terps have used a four-guard lineup with their big men battling injuries, and after Maryland’s starting guards grabbed a combined 10 rebounds against Penn State, Turgeon told his perimeter players they didn’t make a strong enough effort to box out the Nittany Lions. Wiley notched five boards Saturday.

Wiley is primarily known as a shooter, so defenders were closing in on him fast Saturday after he knocked down a 3-pointer with less than eight minutes remaining in the first half.

The former four-star recruit took advantage by scoring closer to the rim. On one possession late in the second half, he drove past his defender and finished an acrobatic floater, increasing the Terps’ advantage to 15.

Wiley with the finish! pic.twitter.com/gBW852ZrWD

Turgeon kept Wiley on the floor because of his good defense, and that helped him develop his shooting rhythm, guard Kevin Huerter said. Huerter added that Maryland switched on ball screens often because Northwestern runs about 40 plays, and Wiley helped limit star guards Bryant McIntosh and Scottie Lindsey to a combined five points in the second half.

“The two years I’ve played with Dion, it’s probably his best defensive game,” Cowan said. “It’s not like he’s been bad on defense or anything, but I saw he put a little bit more emphasis on it. Making sure he boxed out every time, making sure he cut his man off.”

The Terps’ lack of bench production has derailed them at times this season, as they’ve played some games with eight scholarship players.

Cowan and Huerter have taken on the majority of the team’s scoring, but the Terps have been more competitive when Wiley or guard Jared Nickens settles into a rhythm from beyond the arc, opening driving lanes and providing Cowan more passing options when he drives.

Wiley knows he’ll need to continue playing like he did Saturday for Maryland to get back onto the NCAA tournament bubble.

“If I get going,” Wiley said, “we’re a better team overall.”