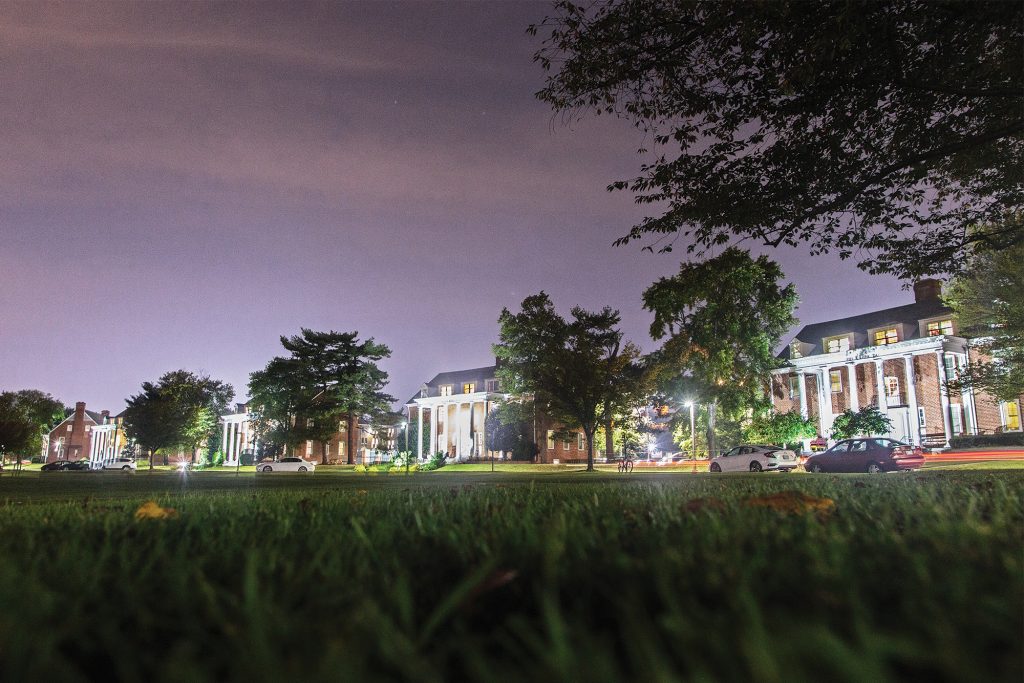 Hazing policies and hazing education programs for students would be mandatory in Maryland’s institutions of higher education under a bill introduced to the Maryland House of Delegates on Jan. 24.

The bill, sponsored by Del. Angela Gibson (D-Baltimore City), would require the governing board of each of Maryland’s higher education institutions to draft individual hazing policies for their respective institutions and submit them to the Maryland Higher Education Commission for review. Each institution would prepare and submit an annual report to the commission detailing the number of reported hazing incidents and how the university handled them, according to the bill.

Currently, the University of Maryland does not share its hazing reporting numbers, said Mathew Shepard, an Office of Student Conduct coordinator.

A benefit of the bill would be the ability to measure this university’s progress in preventing hazing against other universities in the state, Shepard said. The data could “raise a lot of interesting questions” such as “the context on [other] campuses that’s creating hazing.”

Factors such as the quality of the school’s hazing policy, prevention education and reporting system could influence the amount of hazing on an individual campus, Shepard added.

“It’s so important that we’re not only keeping track of hazing but that incoming freshmen know what it is,” said Karah Parks, a senior English and vocal performance major.

The proposed legislation also states that university education for students would include each school’s hazing policy, as well as information on hazing awareness and prevention.

This university does not have a ‘uniform method’ of providing education to students about hazing when they come to campus, Joe Calizo, the Stamp Student Union assistant director of student activities, wrote in an email.

“I want kids to know what hazing looks like, because it’s not normal,” Parks said. “Hazing is a danger to them and their academics.”

Hazing prevention training is being considered as a part of the registration process for student organizations, Calizo wrote. He added that the university is exploring modifications to the freshman orientation course UNIV100.

“For intramural sports, you are required to take a concussion test in order to play,” Forbes said. “If you want to join a frat you have to take a class. That should be one of the steps in the process.”

The Diamondback spoke to 12 students in Greek life who declined to comment on hazing.

“Mandatory education efforts of any type about hazing could be effective,” Calizo wrote. “But its effectiveness depends upon several things, including content, method of delivery, timing, and desired outcomes.”

This university defines hazing as “intentionally or recklessly subjecting any person to the risk of bodily harm, or severe emotional distress, or causing or encouraging any person to commit an act that would be a violation of law or university regulations, for the purposes of initiating, promoting, fostering, or confirming any form of affiliation with a student group or organization.” It is strictly prohibited and can result in suspension or expulsion if found responsible.

The Tau Kappa Epsilon fraternity chapter at this university had its charter revoked in 2016 after hazing violations were reported, and the Sigma Gamma Rho, Inc. sorority chapter lost its campus recognition in September after an investigation found evidence of hazing.

This university maintains its hazing policy within its Code of Student Conduct. This university participates in National Hazing Prevention Week, a nationwide initiative to prevent hazing, and campus resources including University Police, the Counseling Center, the Undergraduate Student Legal Aid Office, the Office of Student Conduct and the Department of Fraternity and Sorority Life offer outlets to report hazing on the campus.

Ohio State University’s fraternities were suspended in November mostly due to hazing and alcohol consumption, but many have since been cleared to resume recruitment and social events.