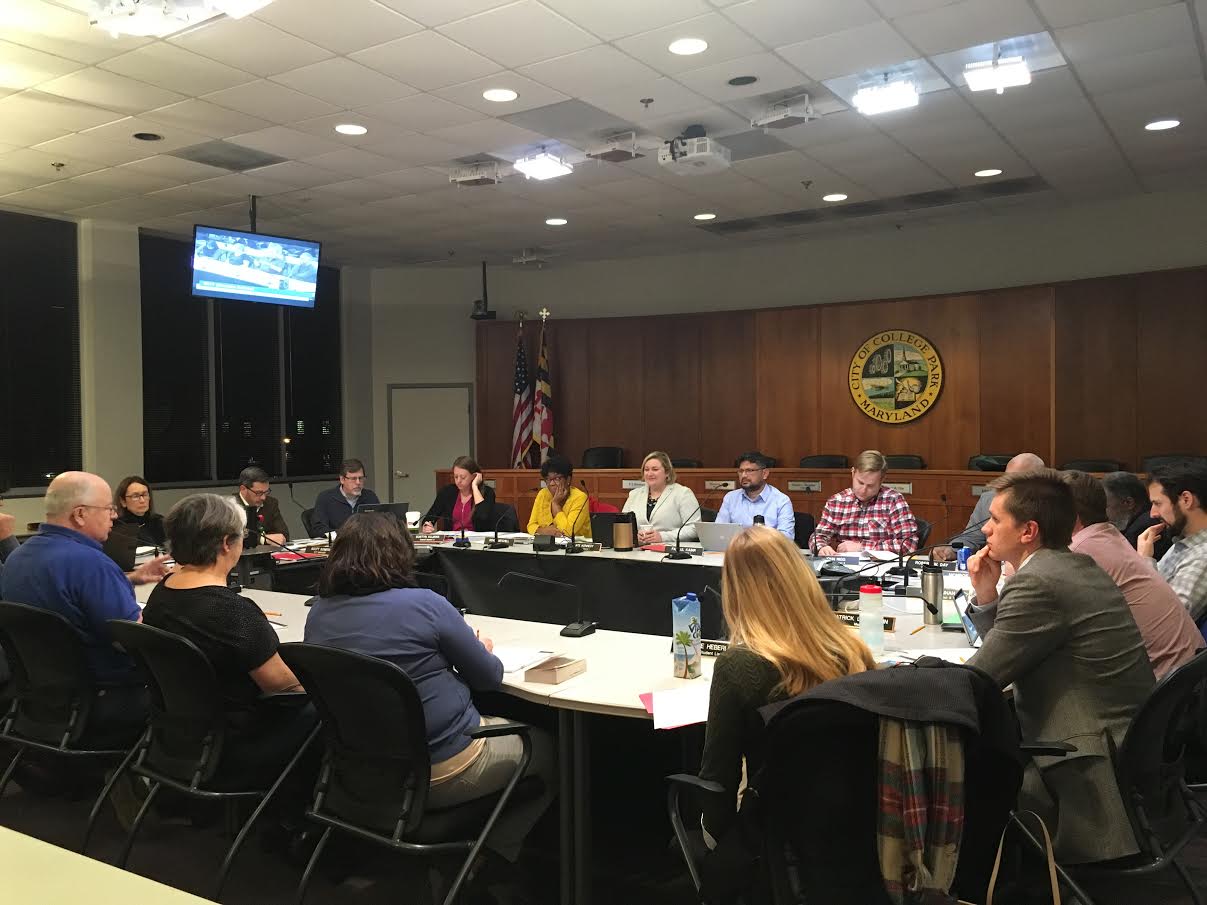 After the University of Maryland SGA voted to endorse no-excuse absentee voting last week, the College Park City Council discussed the measure Tuesday night, but did not move forward with it.

The Student Government Association voted Jan. 31 to endorse a council measure allowing voters to cast absentee ballots, instead of having to vote in person, without an excuse. Voters are currently required to provide a compelling reason for being unable to vote in person, and for students at this university, having class is not a justified reason to stay home from the polls.

In College Park, there are five valid reasons for receiving an absentee ballot, according to the absentee ballot application: The voter will be absent from the city on election day; an accident, illness or physical disability will prevent the voter from getting to the polling place; there is a death or serious illness in the voter’s immediate family; the voter is confined in or restricted to an institution; or the voter is a full-time student who must fulfill academic requirements to an institution of higher education outside the city.

College Park diverges from the norm across many Maryland municipalities, which allow any registered voter to vote absentee and do not require an excuse to do so.

“It’s really just College Park that has this policy where you have to have an excuse to get an absentee ballot,” said SGA Governmental Affairs Director Mihir Khetarpal, a senior economics and government and politics major. “There’s no real legitimate reason not to support this.”

College Park Board of Election Supervisors Chief Jack Robson discussed the possibility of adding an early voting day on the Saturday two weeks before Election Day and the complications that come with choosing one particular day to do so.

Friday is a day of prayer for some Muslims, whereas Saturday is a Sabbath day in Judaism and certain denominations of Christianity. Sunday, however, is also the primary prayer day in Christianity.

But Robson said Saturdays near Election Day aren’t ideal, either, due to college football games.

“You’d probably have to hire for six weeks staff to be here every day half a day to handle absentee ballot requests,” he said. “City staff were mobbed handling 105 absentee ballots.”

During the heaviest part of Election Day this past November, which had a line going down the stairs of City Hall, it took 14 minutes from the end of the line to vote, according to Robson. Processing each absentee ballot took a total of 30 minutes, City Clerk Janeen Miller said.

“The chairman of the board of elections showed that he was willing to expand voter access via early voting and polling places on campus, so I was a bit surprised at the inconsistencies of his arguments and brash resistance when the subject of absentee voting came up,” Keosian said.

District 1 Councilwoman Kate Kennedy cautioned against considering this solely as a student issue.

“I don’t think this is a student issue — I think that this is a family issue, I think it’s a young adult issue, of any age,” she said. “It’s really dangerous to make this just about students.”

District 3 Councilman John Rigg expressed opposition to no-excuse absentee voting. Because ballots mailed to residences are out of sight, he said, there’s a greater potential for fraud.

Kennedy, however, had a more optimistic view.

“Five hundred more people voting is not a problem,” she said. “I actually think that that is an opportunity, and that’s exciting.”