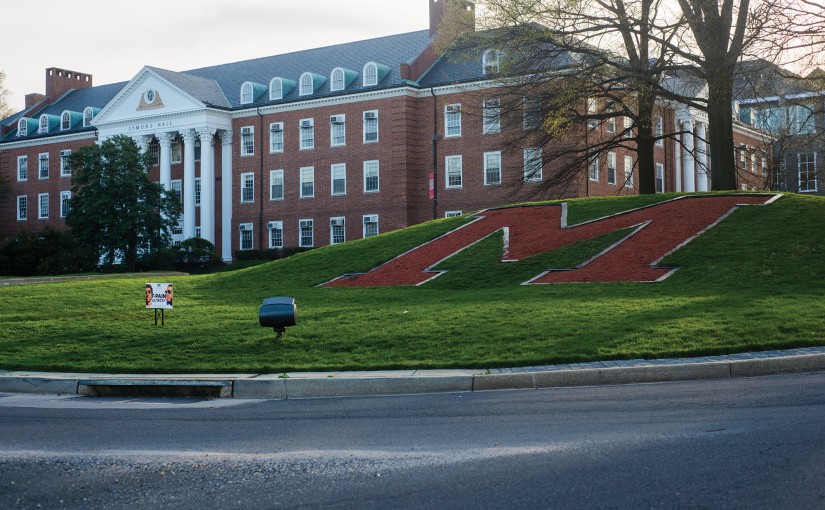 The University of Maryland announced and opened a campus climate survey on Monday afternoon to provide the campus community an opportunity to share their experiences and perspectives on diversity, equity and inclusion at this university.

The survey, which is led by the Office of Diversity and Inclusion and will be open until Feb. 28, will be the first time this university has done a comprehensive survey of this type, said Chief Diversity Officer Roger Worthington.

“What makes this comprehensive is the fact that it goes out to all faculty, all students and all staff. Everybody on campus has an opportunity to participate. We are hoping to achieve a very large rate of participation in this study so that we can gather information that includes as many voices from as many different people on campus as possible,” Worthington said.

The survey is part of a campuswide action plan to enhance the climate for diversity, inclusion and equity on the campus.

After 2nd Lt. Richard Collins was killed on this university’s campus in May, the university began a task force to investigate diversity and hate bias issues on the campus and updated its protocol for dealing with hate bias incidents. A university spokeswoman said Dec. 8 that 27 such incidents had been reported on the campus since the start of the fall semester.

In the fall semester, there were several hate bias incidents. A swastika was found on a balcony railing in the plant sciences building on Sept. 13. University Police also charged a former university employee with malicious property destruction after a swastika was found spray-painted on a campus trash cart on Sept. 27. There were also three incidents in which offensive language and/or drawings — one including a swastika — were reported in the men’s bathroom of the North Campus Dining Hall between Sept. 28 and Oct. 9.

The survey is relatively long, Worthington said, adding there would be 70 to 80 items on the survey that would take about 30 minutes to answer for most people.

“There are some very broad issues that we will address in the study, including issues of perceptions of diversity on campus, perceptions of how inclusive the campus is, perceptions of how welcoming the campus is for people from different backgrounds, and the extent to which people feel like they belong to this campus,” Worthington said, noting there would also be various subtopics more specific to students, staff and faculty respectively.

The study will be led by an external consultant, Jennifer Hubbard, in partnership with the university. “We believe the use of an external expert is the most effective way for students, faculty and staff to share their experiences and feel secure that their individual responses are completely confidential,” the campuswide email reads.

Hubbard worked with students, staff and faculty and met with organizations, groups and offices across campus since October to develop the survey, she said.

“I look forward to participation from all faculty, staff and students and encourage as many people as possible to share their voices and experiences for me to be able to provide the most robust information back to the University of Maryland,” Hubbard said.

The findings of the study will be reported out over a “relatively rapid” time period following the completion of survey data collection, Worthington said. He hopes for preliminary results, which would be relatively broad and general, to be available “sometime in early March.” A more specific, detailed report should be available from the consultant sometime in late April or May, he said.

University spokeswoman Jessica Jennings confirmed in a message that the university plans to conduct the survey every other year.

“We need metrics. We need to benchmark ourselves to see if things are getting better or getting worse,” university President Wallace Loh said in an interview with The Baltimore Sun.