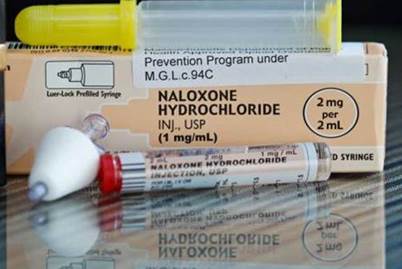 Pharmaceutical companies knowingly misled people about the addictive nature of prescription pain relievers, County Executive Rushern Baker said during a news conference, which has caused increased addiction rates throughout the county and state. The drugs have been overprescribed, which has compounded the crisis, Baker added.

He said the county is seeking monetary damages to help mitigate the financial strain the crisis has placed on the county’s Health and Fire and Emergency Medical Services departments, as well as the Department of Corrections.

The county hired a national law firm, Napoli Shkolnik, PLLC, to serve as lead counsel in the suit.

“Today is about getting justice for Prince George’s County and citizens of the state,” Baker said.

The county plans to go after Purdue Pharma in addition to other manufacturers and distributors, said Paul Napoli of Napoli Shkolnik, PLLC. He added that the county will look at tobacco litigation as a model for the lawsuit.

There were 981 overdoses in Prince George’s County last year, county Fire Chief Ben Barksdale said, which has forced the department to use more resources than it has in the past.

Barksdale said costs for Narcan, the brand name of medication used to reverse the symptoms of an opioid overdose, have gone up 50 percent since 2014, which has stretched the department’s budget. Moreover, he said, the growing opioid crisis has forced the department to take additional steps such as bolstering training for first responders and offering community-based paramedics.

These efforts, however, have been futile in the county’s attempt to combat the growing crisis, he said.

“Everything we do and continue to do isn’t enough,” Barksdale said. “This epidemic is causing a widespread addiction and killing our residents at an alarming rate.”

During the first six months of 2017, there were 1,029 opioid-related deaths in Maryland, compared to 873 during the same period the year before.

McDonough said county jails have seen upticks in drug use, addiction and people requesting placement into drug treatment programs. She said some inmates go through withdrawal while they are incarcerated, leading them to overdose upon release.

“It’s a severe problem and I’m glad to see something being done about it,” she said.

Baker said he asked Maryland Gov. Larry Hogan for additional funding during the past three years; however, the county still hasn’t received it.

“What we’ve gotten is studies,” Baker said. He said that he told Hogan and the Maryland General Assembly the opioid crisis is well-established and did not need to be studied anymore.

“We need resources now to deal with it,” he said.

Hogan has called for a similar lawsuit, and New York City filed one Tuesday.