Maryland’s Anthony Cowan is starting to look like Melo Trimble 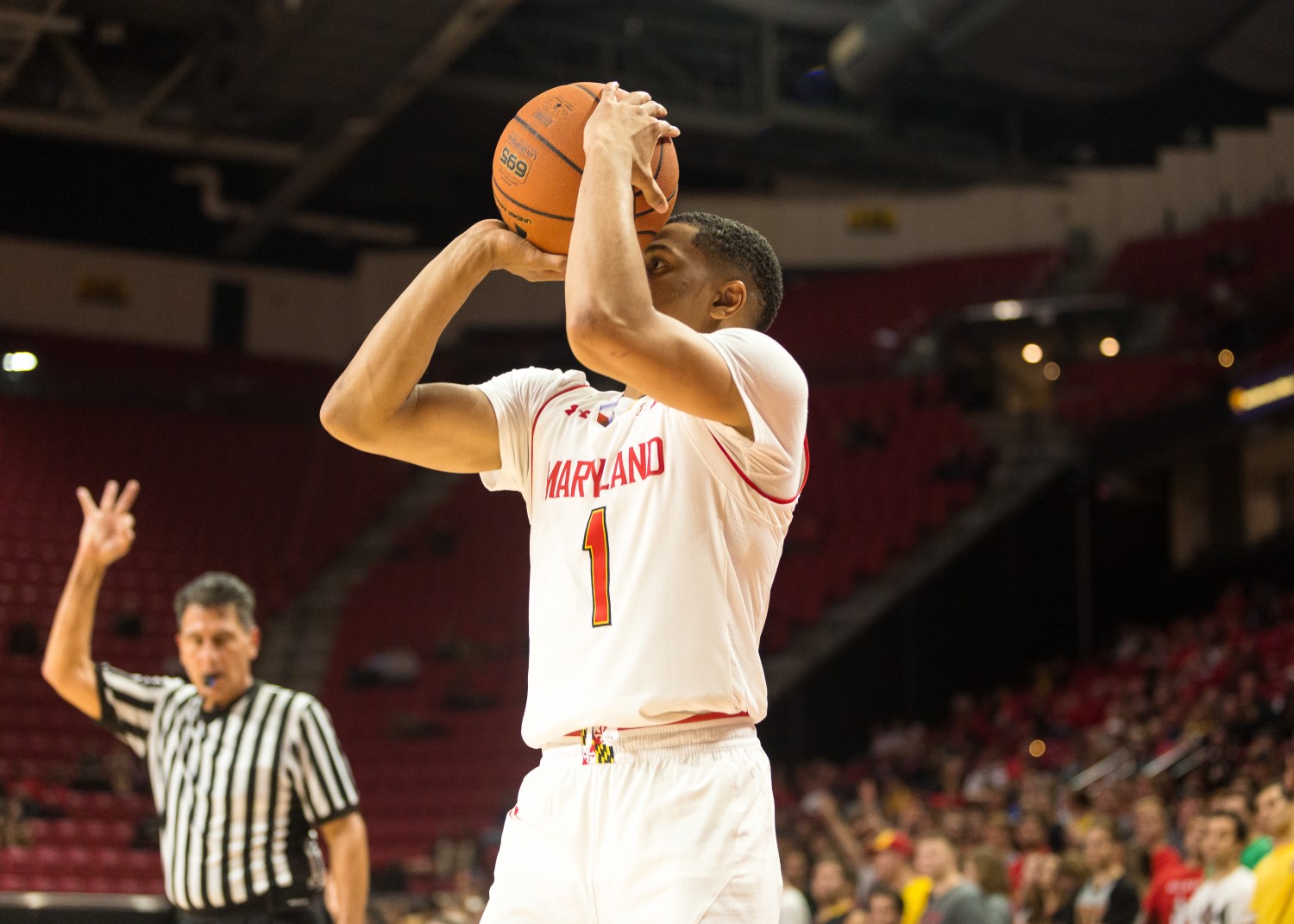 Anthony Cowan’s sophomore year has been pretty impressive so far. After averaging 10.3 points per game in Big Ten play last season, he’s scored 20.3 points per game against conference foes this season. Cowan is shooting more threes than he did last year and making a higher percentage of them, too.

With how well Cowan is doing, there’s a question that’s worth asking: Is his sophomore season better than Melo Trimble’s was?

It’s important to note when comparing these two players that Trimble was surrounded by more talent as a sophomore than Cowan has right now. Jake Layman and Diamond Stone were both NBA draft picks, and Robert Carter and Rasheed Sulaimon weren’t exactly slouches, either.

Trimble was also playing on a more experienced team. Sulaimon, Layman and Carter were all entering their fourth year in college basketball, and each played in at least 60 percent of Maryland’s minutes. This year’s squad has a pair of seniors in Michal Cekovsky and Jared Nickens, but their playing time isn’t as significant as the trio from the 2015-16 squad.

With that being said, let’s dive into the numbers and see how Cowan’s second season of Big Ten play compares to Trimble’s.

Given that Cowan has averaged 38.6 minutes per game in conference play while Trimble averaged 34.2 minutes, it’s easier to make comparisons using per-40 statistics. Even with this adjustment, we find that Cowan has done a better job at getting to free throw line than Trimble did in his second season.

While Cowan may have the upper hand in regards to how often he gets to the line, Trimble knocked down more of his shots from the charity stripe.

Whether it be finishing layups or knocking down mid-range jumpers, Trimble has a leg up on Cowan when it comes to converting shots that are closer to the rim. Cowan has actually gotten worse at making twos compared to his freshman year, going from .457 on the close-range shots to this season’s sub-.40 clip.

This is a pretty massive difference in success from downtown. Cowan has made about 65 percent more of his threes this year than Trimble did in his 2015-16 season. Trimble struggled converting from deep while hoisting up 6.8 shots beyond the arc per 40 minutes; Cowan sits at 5.8 three-point attempts for every 40 minutes he plays. So Trimble took threes more often than Cowan while missing more of them.

This one’s pretty much a tie, as a difference of 0.3 assists over 40 minutes is not exactly a huge margin.

So is Anthony Cowan’s sophomore campaign going better than Melo Trimble’s? Well, a lot of it depends on whether you think a point guard’s job is finishing at the basket and making his free throws, or being a threat from deep. If you believe the former, than Trimble has been better. If you believe the latter, then it’s Cowan.